Quick Look: A Bad Ass 1967 Olds 442 Under The Knife At DMC – Real Olds Engine With Exotic Parts And Twin Turbos! 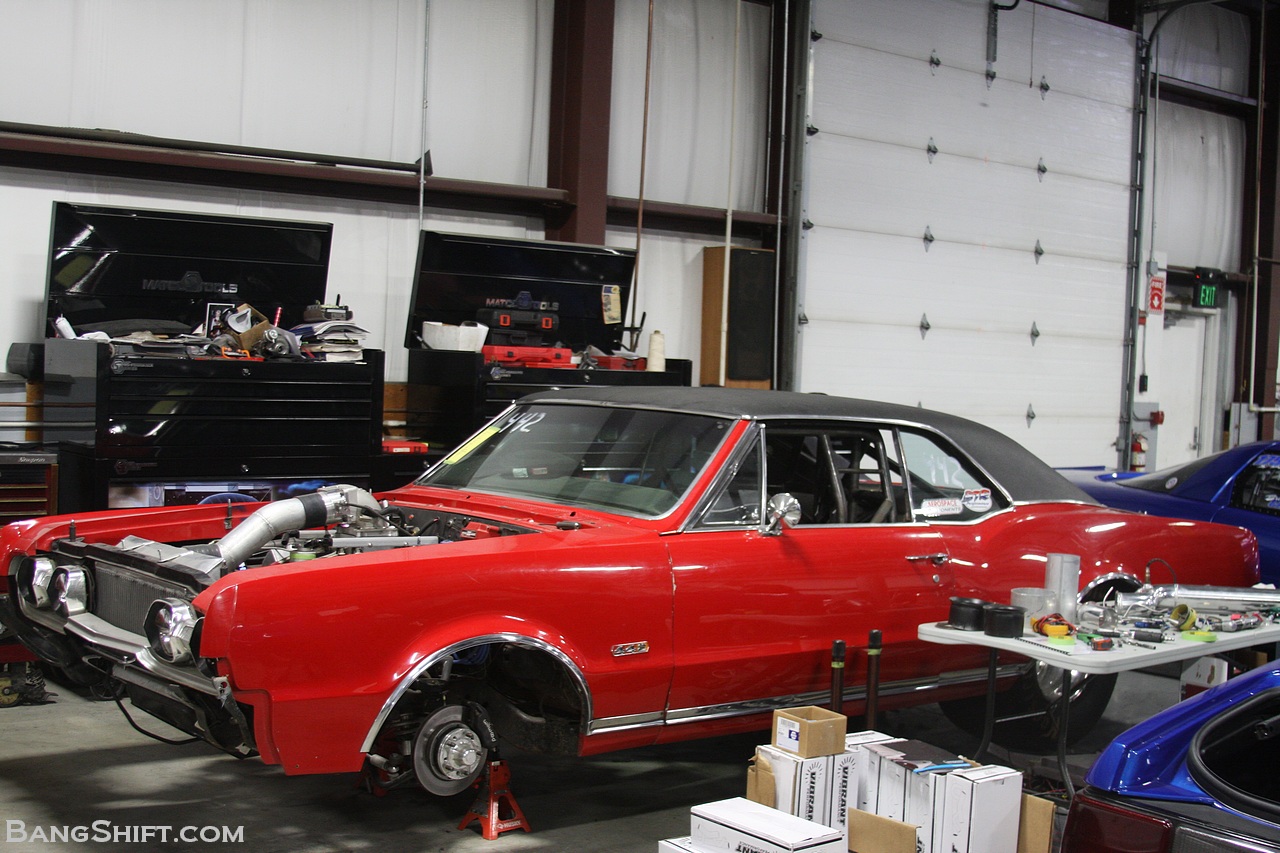 (EDITOR’S NOTE: WE’RE RE-RUNNING THIS STORY FROM EARLY 2013 BECAUSE NEXT WEEK WE’RE GOING TO BE ON THE CHASSIS DYNO AT DMC RACING WATCHING THIS CAR PUT MASSIVE NUMBERS DOWN ON THE ROLLERS. WE’LL HAVE VIDEO AND INFO FOR YOU….HERE’S A REFRESHER COURSE -)

We promised that we’d show you some cool stuff at DMC that did not involved a wrecked and rusty truck, well here is the first of several glimpses behind the curtain at DMC Racing in Halifax. This 1967 Olds 442 is absolutely freaking bad ass in every sense of the word. From the red paint and vinyl roof to the fact that it is still packing a full factory dash this is a nice car, but the real magic is happening under the hood. Believe it or not, this big red sled has been 5.22 in the eighth already and it is just getting warmed up. Power? Yeah that comes from a 425ci Olds engine that is based off of an old NASCAR mill and wears legendary Batten cylinder heads. An indestructible 4340 steel Moldex crank serves as the arm in the bottom of the block. The fuel metering is controlled by a FAST XFI system. The turbos are (we believe) 72mm Bullseye pieces. This engine has made more than 1,400hp on the dyno. Yowza!

Why is this car in the shop? The owner who hails from Maine wanted to have the turbos reworked some to get them spooling faster as well as having the car’s chassis improved. The guys are working on the rear of the car as it is way too flexible at this point and the big beast makes so much power it is over matching the current setup. Dennis illustrated the flexible nature  of the current configuration while the car was on jack stands by pushing down on the bumper, which cased the rear quarters to flex. Not an ideal situation, so the boys are going to add some tubes and tie the whole car together. They are getting after this big guy so it should be hitting the rollers at the shop soon to get tuned up. When that happens we promise to get there with a camera and a video camera to capture the sound of what has to be one of the most powerful “real” Olds powered cars in the country getting busy.

This thing is a really bitchin’ piece. It would have been way easier for the owner to just slap a big block Chevy in it with twins and call it a day but he is staying true to the Olds brand and that’s great in our book. Did we mention that this thing is street legal and street driven? Yeah, we know….it needs to be on Drag Week! Weighing in at about 3,300lbs and having already tun 5.22 in the eighth with a sub par chassis and soft tune up, this car has some real numbers in it. We’d love to see it rolling down the highway in the convoy with America’s other ultimate street cars!

SCROLL DOWN TO SEE MORE PHOTOS AND GET A QUICK LOOK AT THE BADDEST 1967 OLDS 442 IN THE WORLD! 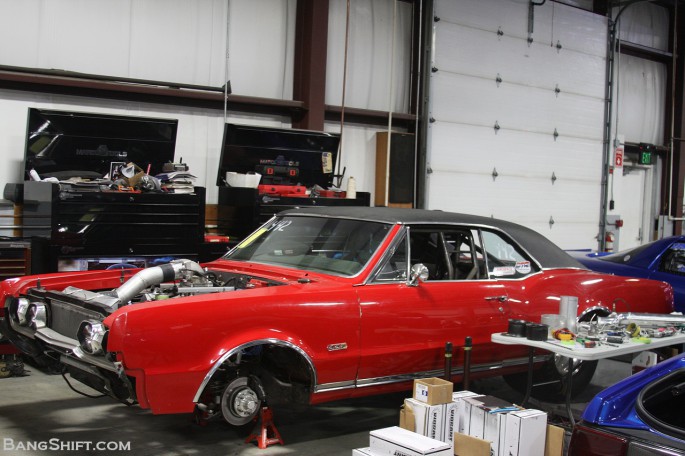 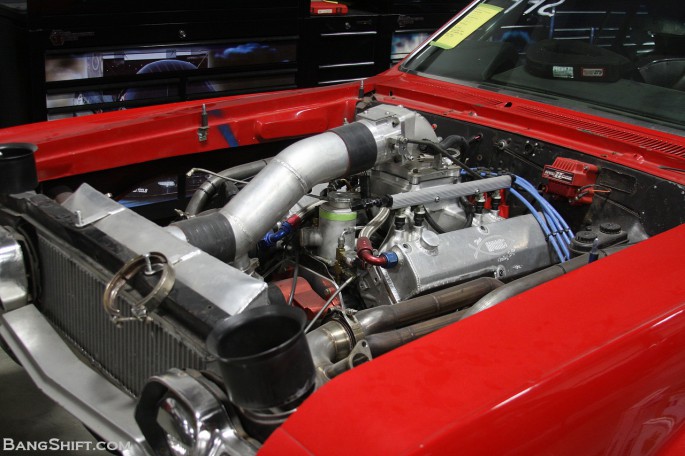 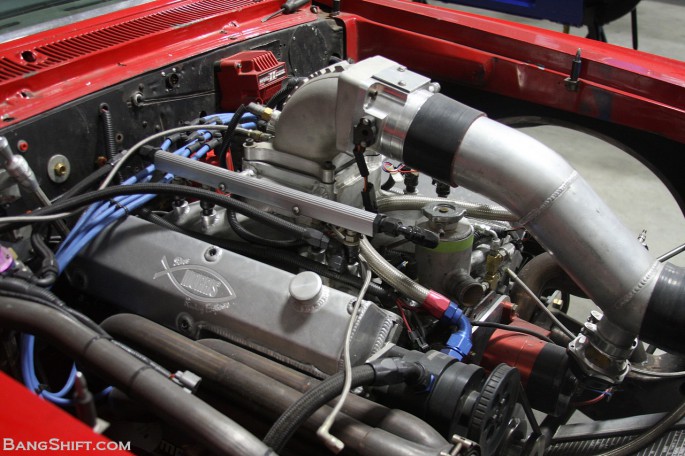 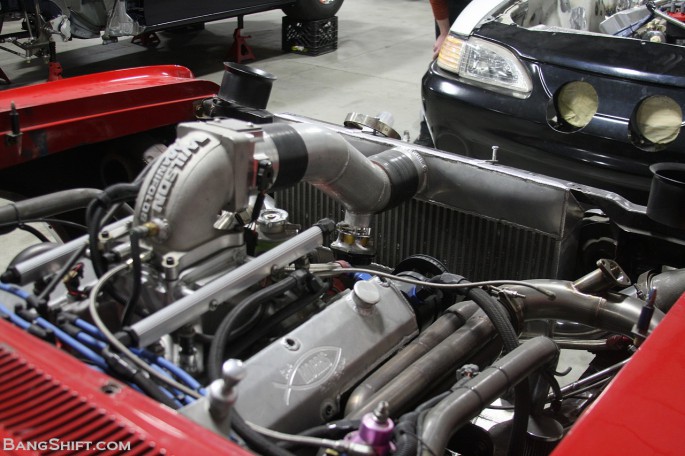 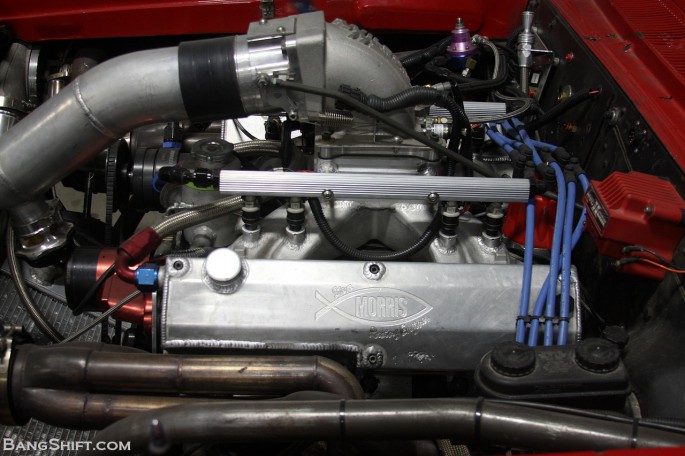 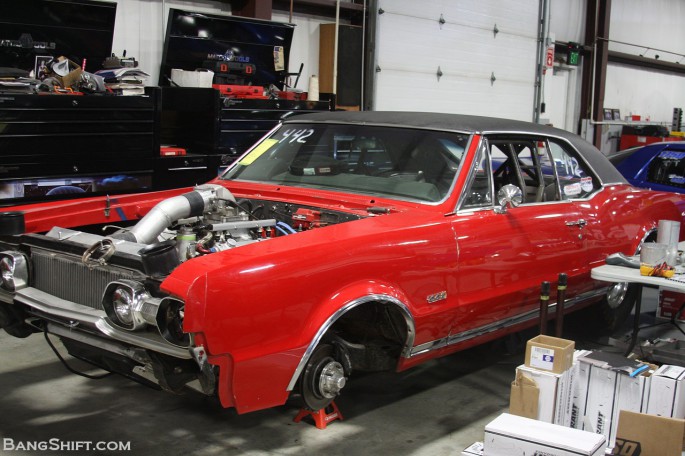 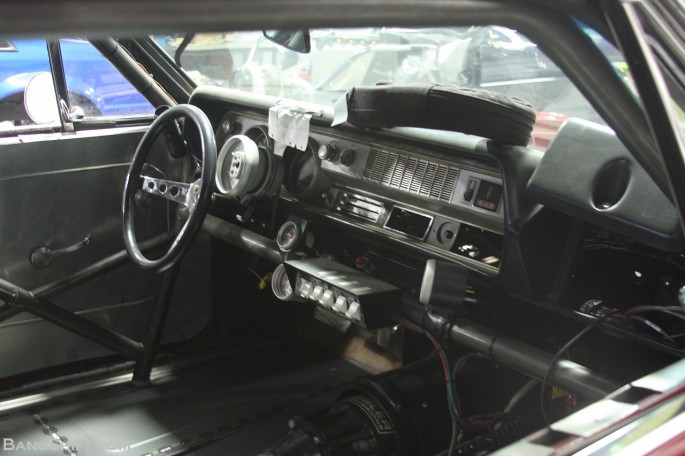 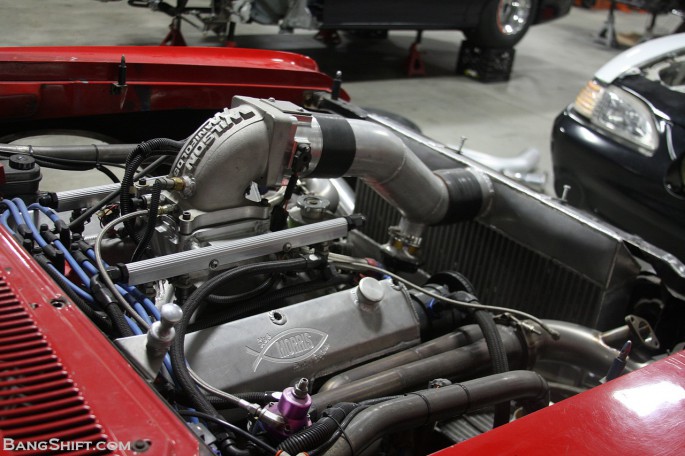 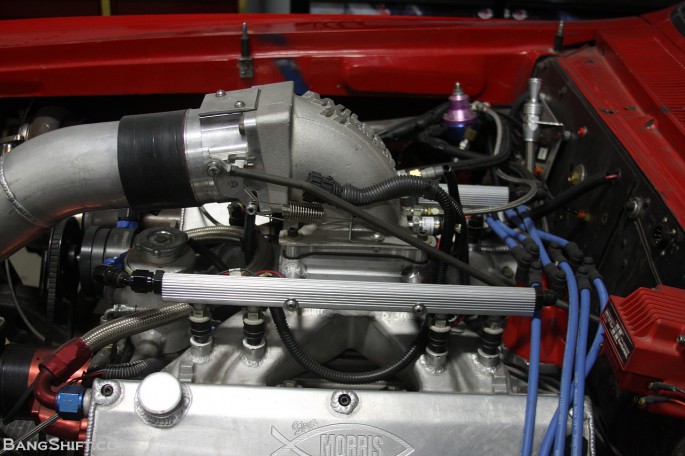 2013 PRI Show Coverage: More Racecars, Parts and Cool Stuff From PRI In Indy Torque Brutality Video: Watch A Big Rig Hauling Trailers Of Logs Lug Up A Hill And Nearly Twist Itself Into a Pretzel