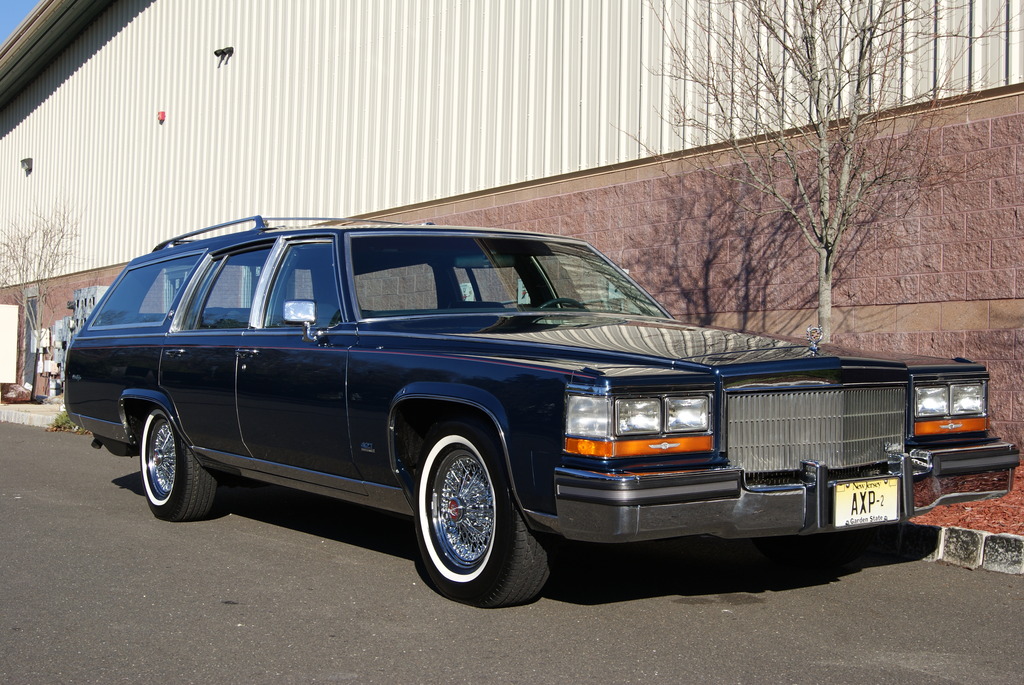 Matt Graves at American Powertrain has one of the most unique projects that we are aware of currently under construction, the Chicken Coupe Cadillac. Basically, cross all the good parts of a Burt Reynolds Trans Am with a stomping motor and, of course, a six-speed manual transmission and keep all of the reasons why a Caddy is awesome, like the super-plush interior and overkill HVAC system. He’s been running with the concept, dubbed “Pro Luxury”, for a bit and I like the idea: take a Pro Touring build approach to a luxury tank. Make it fast, but keep it high-end and set up for eating miles. Last we had heard, Graves’ Cadillac had the body off of the frame and bodywork was ongoing…so I hope showcasing this 1986 Cadillac Fleetwood isn’t too big of a thorn in his side. 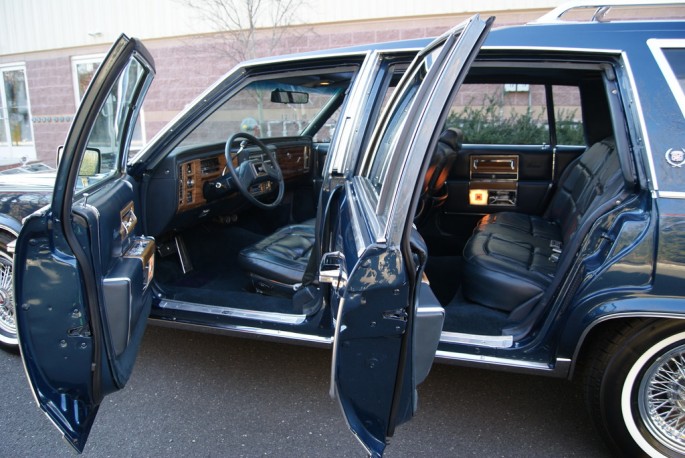 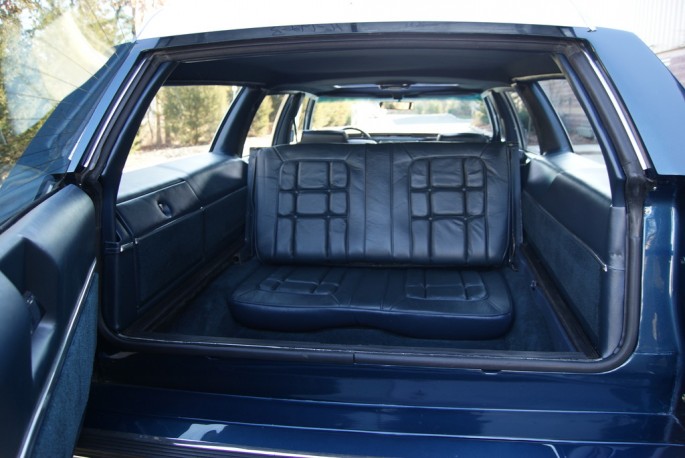 The obvious must be addressed first: Cadillac didn’t make a station wagon in 1986, and no, this isn’t a funeral car. This was a custom build for a “successful beer distributor”…how hard is it to be successful at distributing beer?…who shelled out well north of $50,000 to have the car created back then. Whoever combined the Cadillac with the donated metal from a GM B-body wagon did an excellent job, because this phantom Caddy looks factory, even inside the car, where blue leather is inviting you in. Phantom build or not, that looks like a great place to kill some miles, doesn’t it? Except one thing: no Caddy from the mid-1980s was a powerhouse. The top-tier engine for Cadillac in 1986 was the Oldsmobile 307 V8, which was packing power figures too embarrassing to bother reprinting. It was a far cry from the 472s and 500s that were in the cars just a few years prior. 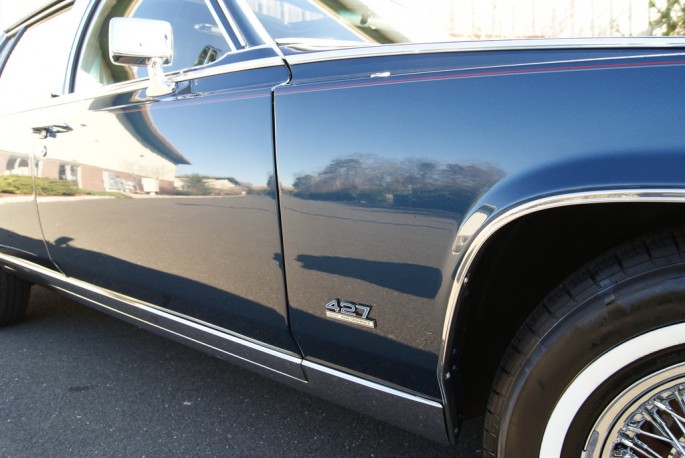 But then you notice one thing even more out of place than the long roof treatment: the lone “427 High Performance” callouts on the lower front fenders. Cadillac didn’t have a 427 V8…but Chevrolet did, and guess what fits nice and neatly inside the Cadillac’s D-body fenders? 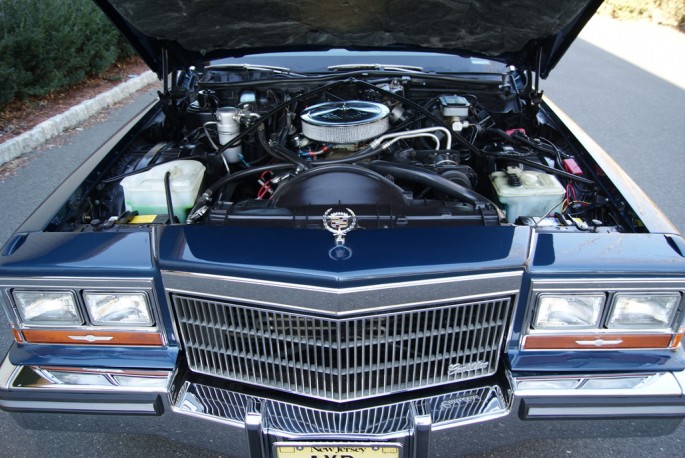 Under the expansive hood is the big Rat in all of it’s glory. It doesn’t look factory stock, but it certainly doesn’t look out of place, either…if it weren’t for the open-element air cleaner, you might even pass it up for a stock engine. It’s hooked up to an overdrive automatic, but with a 4.11 rear out back, don’t get too excited…expecting this long-roof Brougham to be a tire-frying stoplight warrior is too much. This is more old-school motoring, using a big V8 to move the mass effortlessly. Custom cars have a hit-or-miss effect when they are sold on the market – if the customizations don’t appeal to a broad audience, the car won’t sell. This Caddy will probably sell, regardless of the price. 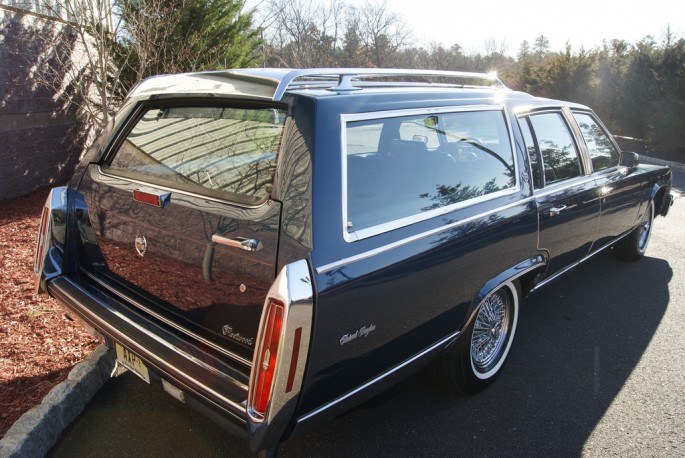