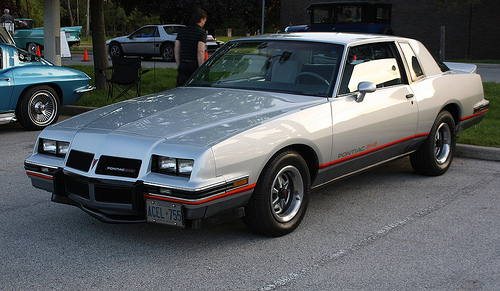 By the time the ax fell in 2009, Pontiac was a mess, known best for bringing in plastic body cladding by the tons and the Aztek. It was quite a fall from grace for the brand that also brought out the GTO and the Trans Am, but the signs had been present since the end of the 1970s: the performance minds within the company had been beaten out and any dagger-wearing car that wasn’t a Firebird in some way, shape or form took on a strange pseudo-luxury feel that, unlike Oldsmobile or Buicks of the same period, didn’t feel quite right. The GTO had been dead since 1974 and the two spiritual successor attempts, the 1977 Pontiac Can Am and the 1978 Grand Am CA concept car, never made it to production (though one Grand Am CA did make it into Hot Rod’s hands, where they managed to put it into the 14s by blowing nitrous through the weak-sauce 301.) By 1982 things were dismal: the Firebird had a four-cylinder available and the Grand Prix, now on the new G-body platform, was overstuffed and underpowered…except on the track. 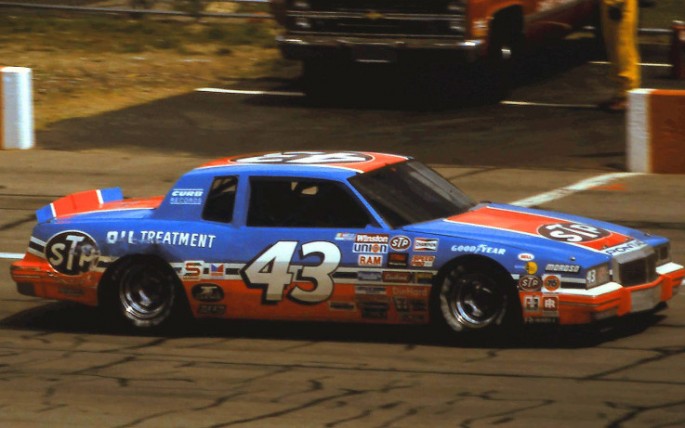 Pontiac did have one sincerely bright spot in the world of motorsports: In 1982, Richard Petty switched to using Grand Prix after deeming the Dodge Mirada uncompetitive and having bad luck with Buick Regals. It was at this point in time, somewhere around 1983, that Petty had started working on an aerodynamics package for the Grand Prix body. Pontiac perked up and took notice as well and started putting pen to paper. Much like the better known Chevrolet Monte Carlo SS Aerocoupe, the G-body’s notchback rear window was causing the cars to be much looser than the Ford Thunderbirds on the track, and the upright grille bashing through the air wasn’t helping matters either. But in order to legalize any design changes for a more competitive race car, GM would have to produce and sell a certain amount of matching street cars…homologation specials. Chevrolet solved the grille problem with the 1983 Monte Carlo SS and it’s new, completely redesigned urethane nosecone, but the answer for the rear glass would appear in 1986. 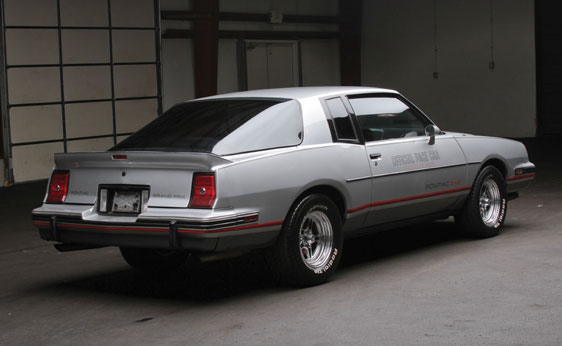 The Monte Carlo SS Aerocoupe was virtually identical to the Monte Carlo SS, which had been out for a few years by that point. But the Grand Prix 2+2, visually, was a strong departure from the upright and stuffy Grand Prix. The Pontiac received it’s own bespoke urethane nose, that barely hinted at the standard GP’s nose while taking on a more sloped and pointed shape. Out back, the tunneled and angled Aerocoupe-like glass (it is a different design than the Monte Carlo’s) filled in most of the back area, and rendered the trunk all but useless. A ducktail spoiler with an integrated third brake light was the final addition. The cars were painted a two tone silver/charcoal, with red striping breaking up the middle, stickered with the racy-looking 2+2 decals, and sat on Pontiac’s Rally wheels. 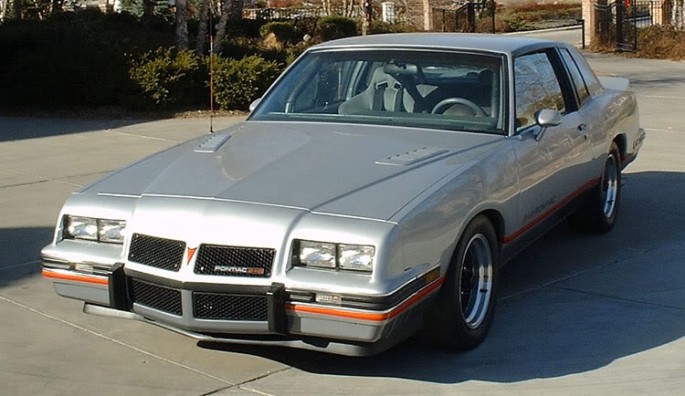 Visually, the Grand Prix 2+2 looked decent enough (though, beauty can be in the eye of the beholder). But that’s where the niceties end…unlike it’s G-body stablemates, the hot rodded Grand Prix was about as limp as they got. It wasn’t going to be anywhere near the turbo Regals or the decently snotty 442, but it wasn’t even on-par with the Monte Carlo SS’s 190 horsepower. The 2+2 made do with a 165 horsepower turd of a 305 hooked to the four-speed automatic and routed back to a standard GP’s axle ratio. It had absolutely no fangs whatsoever…even MotorWeek blasted the car’s lack of power, while Car and Driver suggested that the potential owner had lost nearly every ounce of taste they had because of the styling. Combine that with it’s premium cost over other G-bodies ($18,210 in 1986) and the outcome was predictable: 1,225 or so of the aero Grand Prix were sold before the plug was pulled on the project.

The question that always hits with the G-bodies, and is very much applicable here, is always the same: why didn’t GM go with better engines for them? 350s, TPI 305s, maybe even a manual transmission…anything would have made these cars that much better, but in typical GM dysfunction, corporate decided that there was no way that the midsize coupes were going to upstage the F-car twins and the Corvette as the muscle cars to have. Besides, the front-drive W-bodies were coming, and people were gonna love ’em… 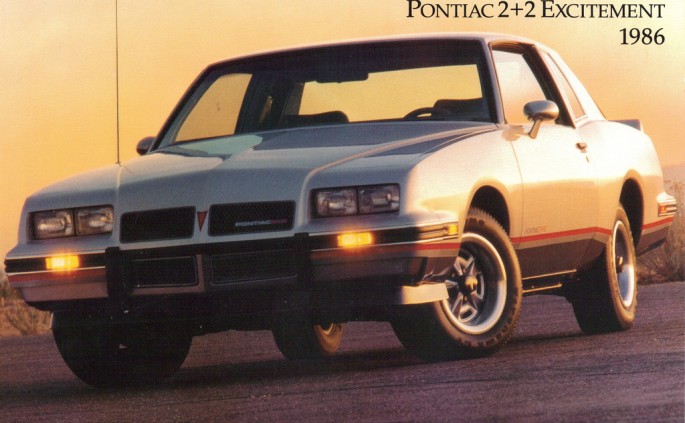 How It's Made Video: Follow A Cam From Core Selection To Finish Product At The COMP Cams Factory! Porsche Has Released The Specs On The All-New 992 Targa - Big Horsepower, Big Performance, Big Money