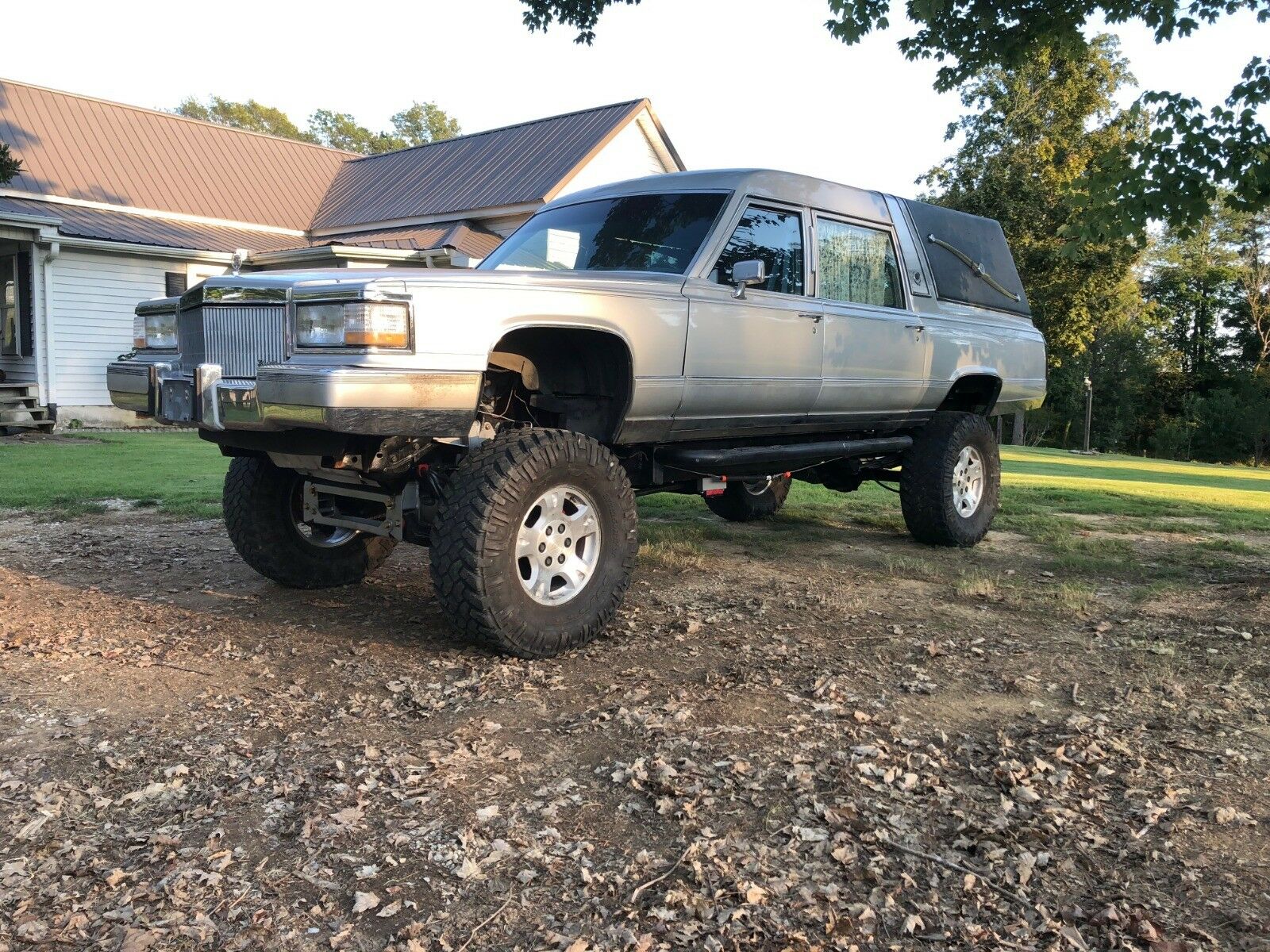 Ok, Lohnes, game on. After doing everything in my power to get the images of a mirror-faced Mustang II trar out of my mental image catalog, I had to find something that was somehow on equal footing with the Deuce you showed everybody and yet, better. Seriously, where did you find a real-life Stompers toy? I’ll credit you that the paint was clean and the interior was surprisingly good, but a real-deal Cobra II didn’t need to get the treatment to be cool, it just needed a five-lug swap, a 302 making some real power, and you’d be good to go. Besides, where are you going to go off-roading in something that pretty? That is a showpiece, a one-off, a conversation starter, nothing more. 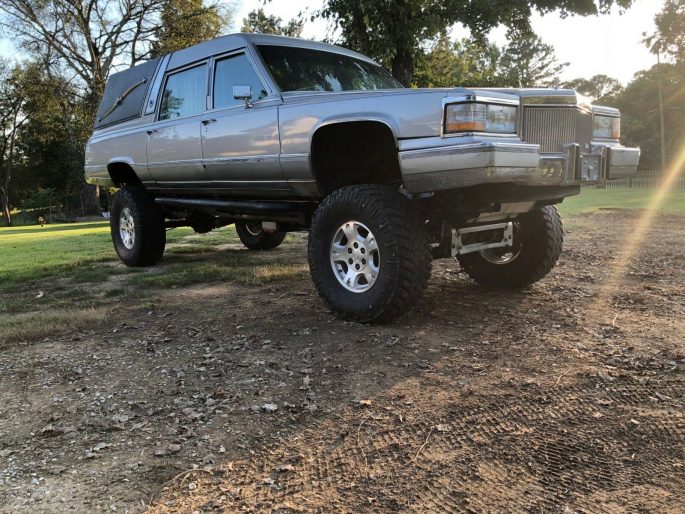 The purpose of building a trar is two-fold: you obviously want to mess with minds by putting a car-based body on a truck chassis, but you also want to be able to use the build for more than just lowering property values. That’s why I’ll happily say that this 1990 Cadillac hearse trumps My Little Pony. A Superior Coach conversion, the car is sitting on the frame of a 1994 Chevrolet K1500 that has one-inch lift keys, a six-inch Rough Country lift, and modifications needed to plop the hearse body onto the frame. It’s got enough height to clear 37″ tires on stock GM truck wheels, and is powered by a TBI 350 with a 700R4 automatic.

I’ll catch you before you attempt to pinhole the decision: yes, there are still some tidying issues to attend to. A hangar flip kit that will eliminate the rear lift blocks comes with the deal and just needs to be installed. Shocks and brackets need to be finished up, the radiator fans need to be wired up, and a front driveshaft needs to be built in order to complete the car. It’ll run and drive around ok as it is, but around the block. 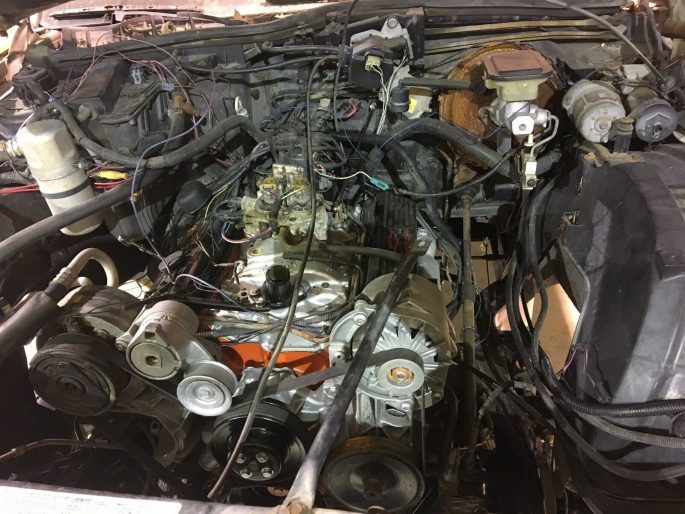 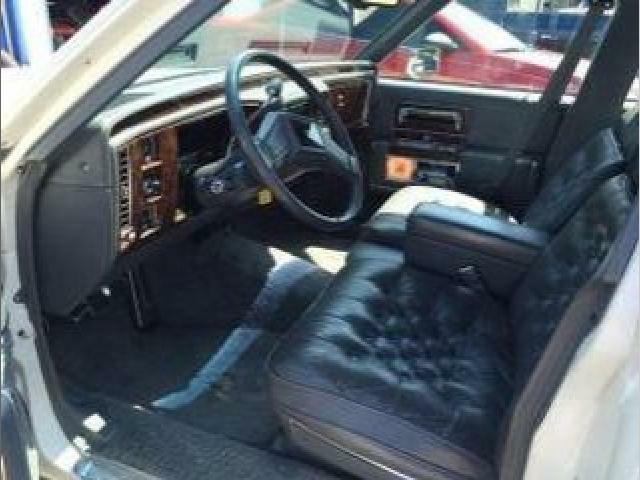 With a stock Cadillac interior, you won’t be hurting for comfort, and with the coffin slider removed from the cargo compartment, you have a very useful space to haul stuff around. And we don’t think anyone would be afraid to get some mud on the car…if anything, seeing a hearse following around trucks in a mud bog would be one of the funniest things on earth. It’d be like the Grim Reaper just following two steps behind you, going, “Not yet! I’ll get you, but not yet!”

The Mustang was entertaining, but that only goes so far. Think you can top this? 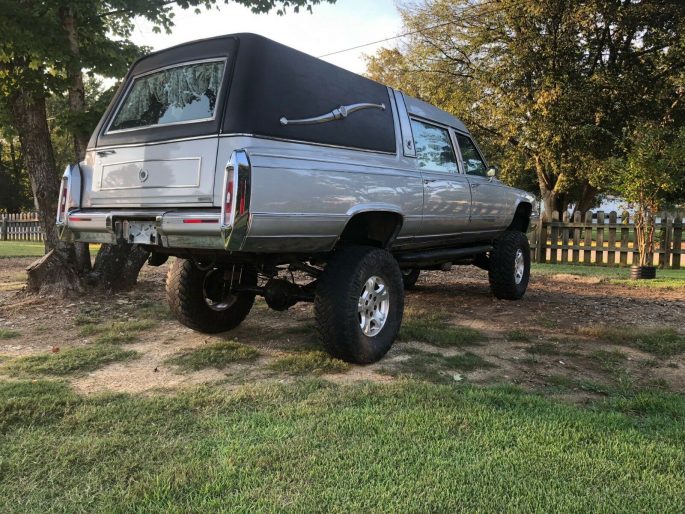 4 thoughts on “SLAPFIGHT! This Cadillac Hearse Trar Beats Lifted Mustang II Any Day Of The Week!”