Tojan Horse: Take A Ride In The One Pontiac Tojan That Had Sincere Supercar Power! 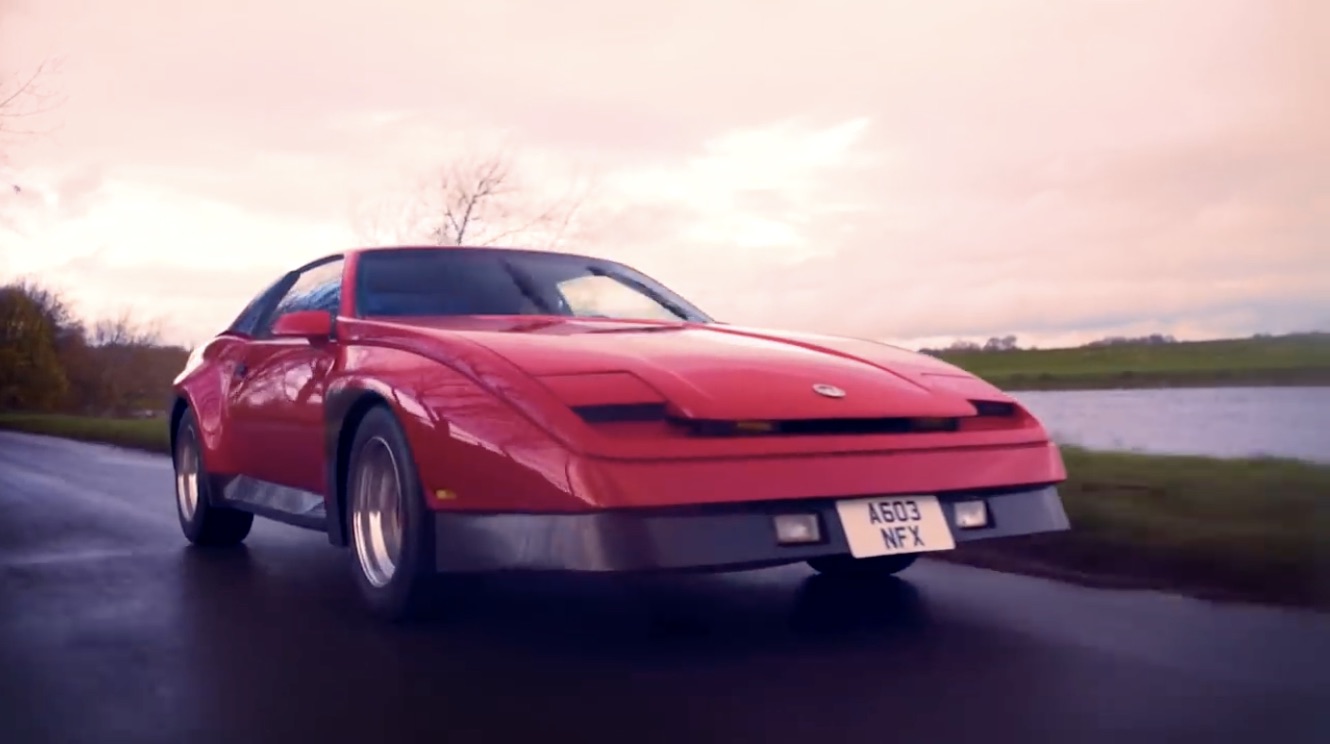 The Pontiac Tojan is one of those cars that you hear about, see, and immediately write off as a kit car…especially if you see one with the rear spoiler that looks to have been stolen off of a similar-vintage Lamborghini Countach. Depending on which angle you view a Tojan from, you get hints of Ferrari BB LM, Bricklin SV-1, and KITT on a heroic dose of whatever kind of drug you happened to ingest at the moment the famous talking car goes into it’s Turbo Boost mode. In reality, most of the 130-something special order Pontiacs were powered by either a 305 or 350 with appropriate GM sourced transmission. Except one.

This wing-less red example is purported to be the prototype car, and it’s engine is no weak-suck small-block Chevrolet. I’ve been attempting to determine what the engine is that is actually in this particular car for the better part of a day now with no success…Carfection’s Alex Goy mentions a “boat engine”, and on the dyno sheet show, in tiny letters, you can see: Test Engine: 302 Cubic Inch Chevrolet V8. Take your pick: mountain motor from a boat or one of GM’s screamers being force-fed like a Christmas goose. Either way the dyno sheet for this monster from back in the day does not lie: pushing over 900 horsepower is eye-opening in 2019…imagine this mother in the mid-1980s! The automatic seems to have been beefed up to give it a fighting chance against numbers like that, though we do doubt it’s longevity even at full build.

I can’t say that I like the Tojan. All things considered, the visuals put me off badly…I feel like I’m looking at an overgrown Pontiac Fiero from 1988. But, a thought: the Corvette had RPO B2K, the Callaway Twin-Turbo option. Callaway Corvettes of the 1980s were bonafide monsters. With the SLP-modified 1992 Firehawk years off, wouldn’t it have made sense to have made a B2K-style variation of the Trans Am and Camaro and really give the Mustang faithful something to think about instead of a funky body kit? Ah, hindsight, so sweet when applied correctly.

Pomona Swap Meet Photos Continue! Check Out All The Cool SoCal Iron For Sale! Just A Hop And A Skip: STOL Competition From Valdez, Alaska!

2 thoughts on “Tojan Horse: Take A Ride In The One Pontiac Tojan That Had Sincere Supercar Power!”