A Revisited Project: We Check In On That Monster 1985 Chevy Caprice – Nearly 700 Horses At The Wheels! 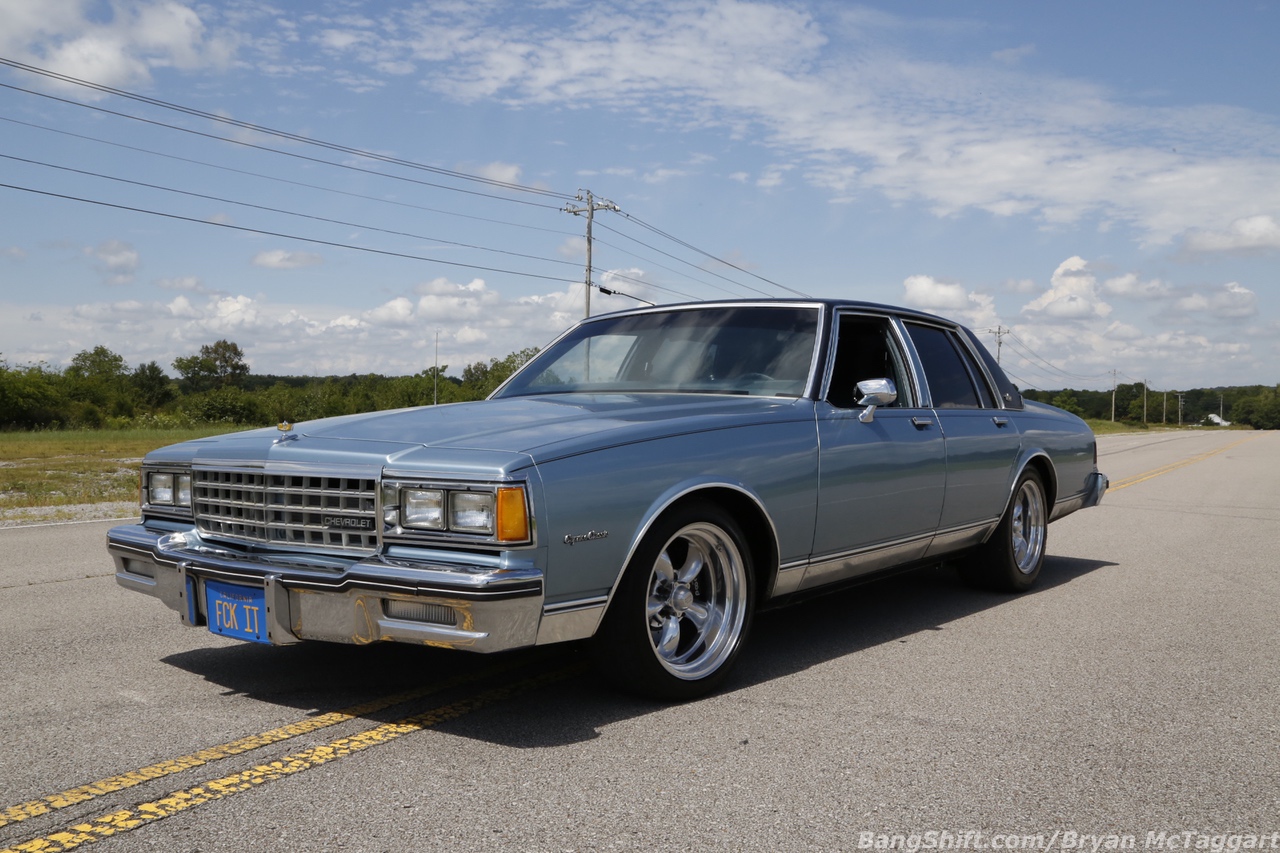 Well, well, well…am I happy to see this beast again. You might remember this 1985 Chevy Caprice from when we first saw it at Steve’s Automotive in Lebanon, Tennessee at the beginning of the year. The supercharged LS3-powered Caprice quickly became one of my favorite cars due to it’s ability to go from docile street car to the family sedan the Duke Boys themselves couldn’t have built if they tried. It’s quiet mode is loud and purposeful. It’s loud mode is the stuff of fantasy, every cop’s dream machine, an instant smoke generator that seats five in comfort. Back in January this car was a work in progress…so what’s been done in the last eight months? 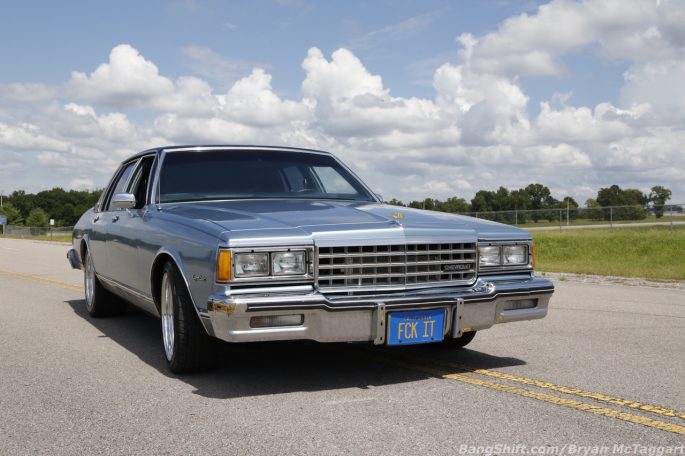 The short answer: more power was found and weaknesses were discovered and dealt with. The Caprice’s biggest hangup in January was the suspension, without question. It still rode like what you’d expect a 1985 Caprice to ride like…jiggly. With four adults in the car, the Chevy was shakin’ and jigglin’ like a dance party, except nobody was having that much fun. The folks at QA1 have been working on GM B-body suspension components and this Caprice is sporting pretty much the whole kit, including double-adjustable coil-overs, sway bars and control arms for both the front and rear. The change is dramatic…no more jiggle. The Chevy feels taut and ready to play on a canyon road. The American Racing wheels are lighter and show off the new Wilwood brakes, six pistons up front, four pistons out back. The rear axle is now a Quick Performance 9-inch setup, replacing the Moser Axle-equipped ten-bolt, and to keep the LS3 fed while some extremely enthusiastic driving is happening, a Rick’s Tanks fuel tank with baffling, twin 480 pumps and new fuel lines now pump E85 into the screaming mill via custom fuel rails from Radium Engineering. 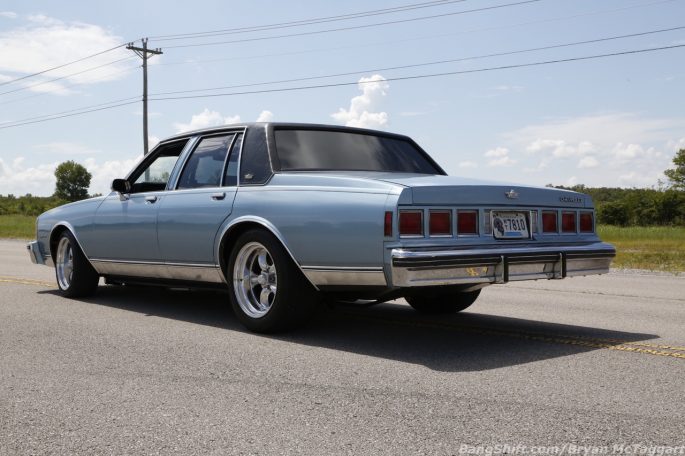 The end result of the modifications not only make the Caprice that much more potent as a driver, but they haven’t detracted from the car’s ability to just be driven around like a normal vehicle. We cruised it at 65 miles an hour with the air conditioning on at one moment…the next, that car was doing it’s damnedest to shove me through the seat back while booming it’s war cry off of everything solid along the roadway. Owner Mark Martin might have dumped quite a bit of money into this Chevy, but this is the right kind of money: the hard parts that make the car perform are top-tier or are necessary for function…even those wheels, which are over 300 pounds lighter than the ones previously used on the car. This isn’t just a beast, this is a Lottery build. As in, “if I win the Lottery, I’m completely stealing this build and applying it to a coupe body.” 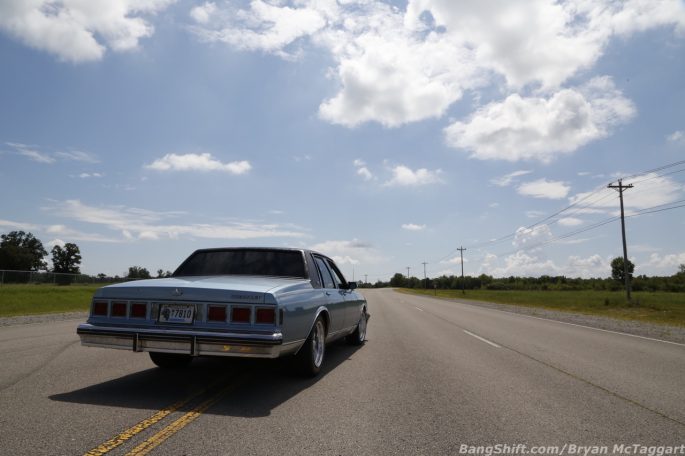 Handbuilt Halo Car: This Ford GT40 Replica Is Spectacular! OPGI's Product Spotlight Videos Give Details And Info On The Products You Need - Check 'Em Out Here

3 thoughts on “A Revisited Project: We Check In On That Monster 1985 Chevy Caprice – Nearly 700 Horses At The Wheels!”