This 1977 Ford Thunderbird Stock Car Was Once A Decoration, But Now Needs To Be Made Wicked Again! 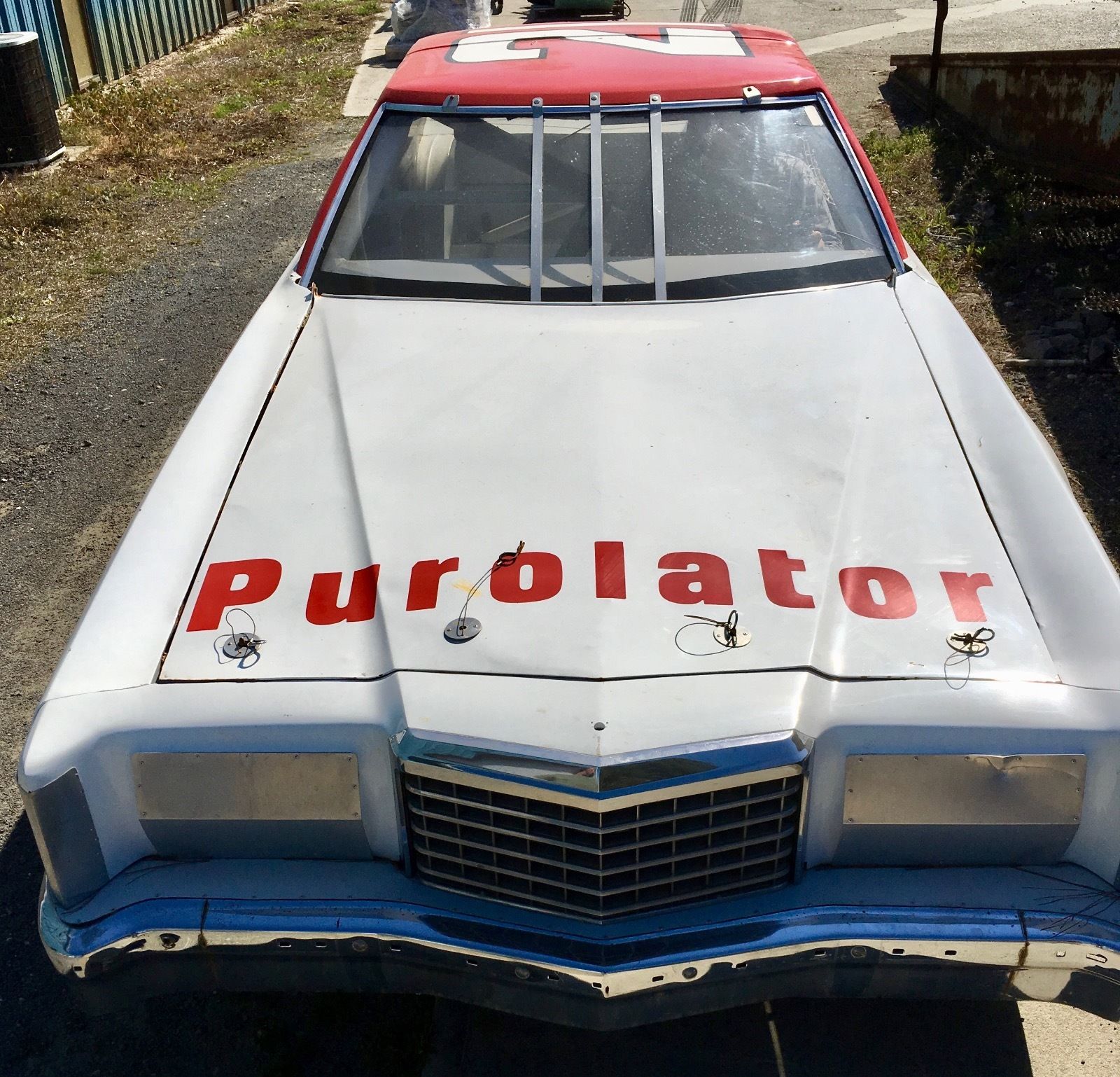 Just as we like to pick on each other’s vehicle crushes, we also like to work on each other’s vehicle hatreds. In the case of Lohnes and I, we are polar opposites: I generally like Ford Thunderbirds that are newer than 1967, and Lohnes would love to put any Thunderbird that isn’t a two-seater or wasn’t owned by Bob Glidden into the open maw of a very active volcano. To each their own, but that’s why I’m enjoying this find on eBay a little more than normal. You see, “former race car” trumps a lot of things, and while Brian might puke in his mouth at the thought of a mid-1970s Malaise Tank Thunderbird, when it’s got NASCAR pedigree and is stripped down, begging for a stomper of a powertrain to be put back in between the shock towers, it’s going to be difficult to say no as fast. 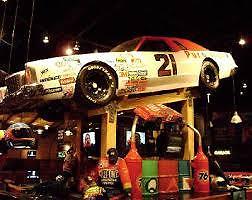 Don’t get too excited over the Purolator theme, it’s not legit. This ‘Bird used to be a display car inside of the NASCAR Cafe in South Carolina, and was painted up to be showy. Nobody is quite sure of the Thunderbird’s history, except for a very faint “47” underneath the paint on the taillight pan. It was a legit racer at one point, and the seller thinks that the chassis is possibly a Banjo Matthews unit. Since it was a display car, running gear is completely absent, as is a fuel system or gears in the rear axle. But it’s a race car…how hard would that be to put back in? This Thunderbird needs to be made vicious again. A Kaase mill, a manual trans, and enough gear to let the car howl need to be on the menu. At least one mid-1970s Thunderbird needs to be badass, and certainly the boss can agree with me there. Right? 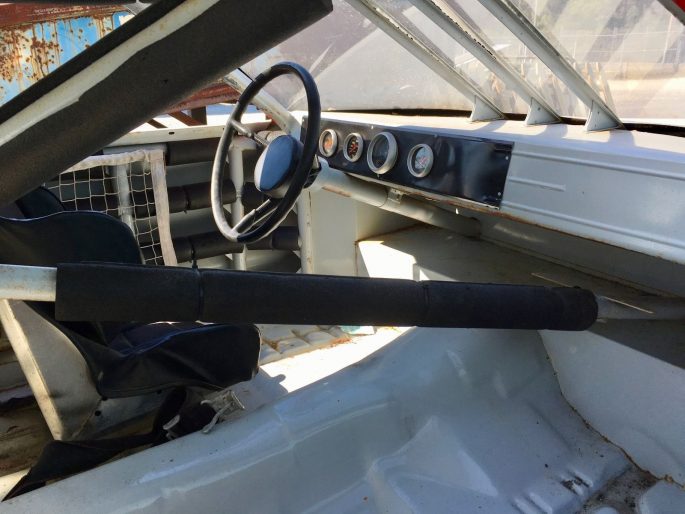 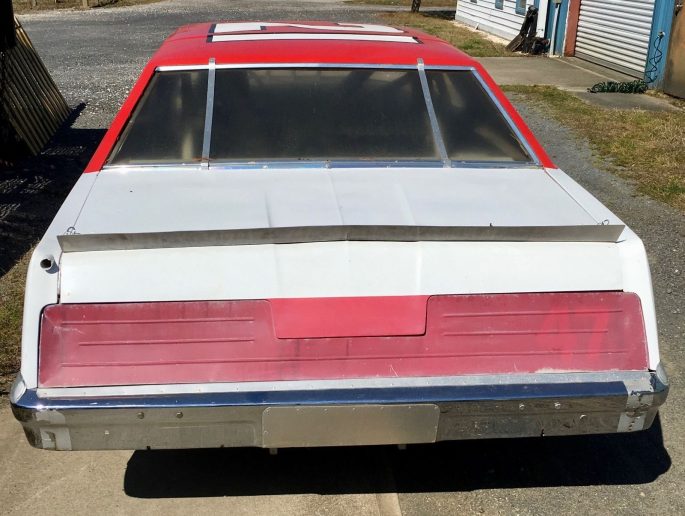 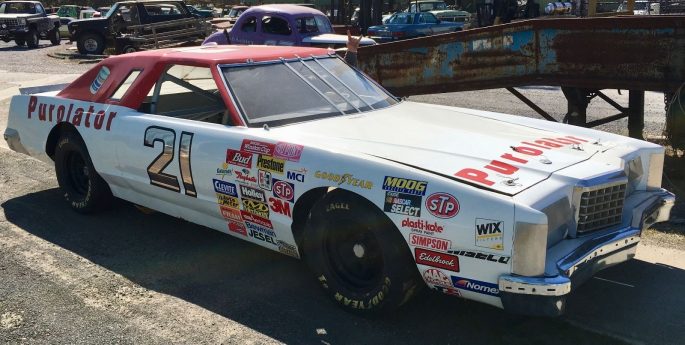 Event Coverage: The 55th And Final Carl Casper Car Show - Our First Gallery HERE Caption This: "When I See That Groundhog, I'm Gonna Run His Ass Over..."

One thought on “This 1977 Ford Thunderbird Stock Car Was Once A Decoration, But Now Needs To Be Made Wicked Again!”