Take A Ride Down The Strip With One Of The Most Unloved Fords Ever: An 11-Second 1982 Thunderbird! 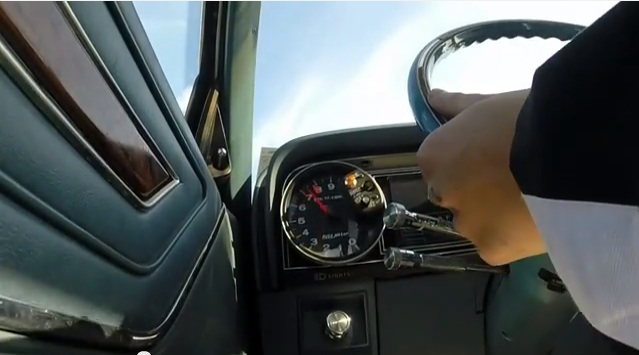 Quick, picture a 1982 Ford Thunderbird. Did you have to Google it? Sorry about that…unlike the 1983-88 “Aero Bird” that looked pretty good and earned a legend in the NASCAR circles, the 1980-82 “Box Bird” didn’t, and for good reason. Ford took everything people liked about the 1977-1979 Thunderbird, which had sold surprisingly well, and applied it onto a two-door Fox platform car. Vinyl roof, flat hideaway headlights and full-width taillights all moved over and were shrunk to fit the much smaller Fox. The end look wasn’t good, and both the Thunderbird and Cougar coupe languished on dealer lots. If there is anything nice to say, you can say it about the entire Fox body lineup: relatively light platform, plenty of aftermarket support, and you are limited only by your imagination.

One of my recent stumbles on YouTube brought me to “TheForgottenFoxbody”, which showcases a 1982 Thunderbird owned and ran by Jake Matis. The Thunderbird sounds like an absolute demon, though we don’t know anything about the car except that the blue interior has worn well over the years. Posted on another video is the following information: “2 passes, first one 11.31 at 120 and second is 11.38 at 119. Running a 347 with afr 185s, vic jr ported to match heads, pro systems 780 carb, lunati 51018 cam. 9.7:1 compression. pump gas, drive 30 miles to the track, lay down some numbers and drive 30 miles home.” Since this video, the car has been in the 10s. All the better for someone who will walk by, make some sniping remark about an ugly Ford, and not think twice.

One thought on “Take A Ride Down The Strip With One Of The Most Unloved Fords Ever: An 11-Second 1982 Thunderbird!”