The Hauler: This 1978 Ford Flatbed Is A Coyote-Swapped Beast! 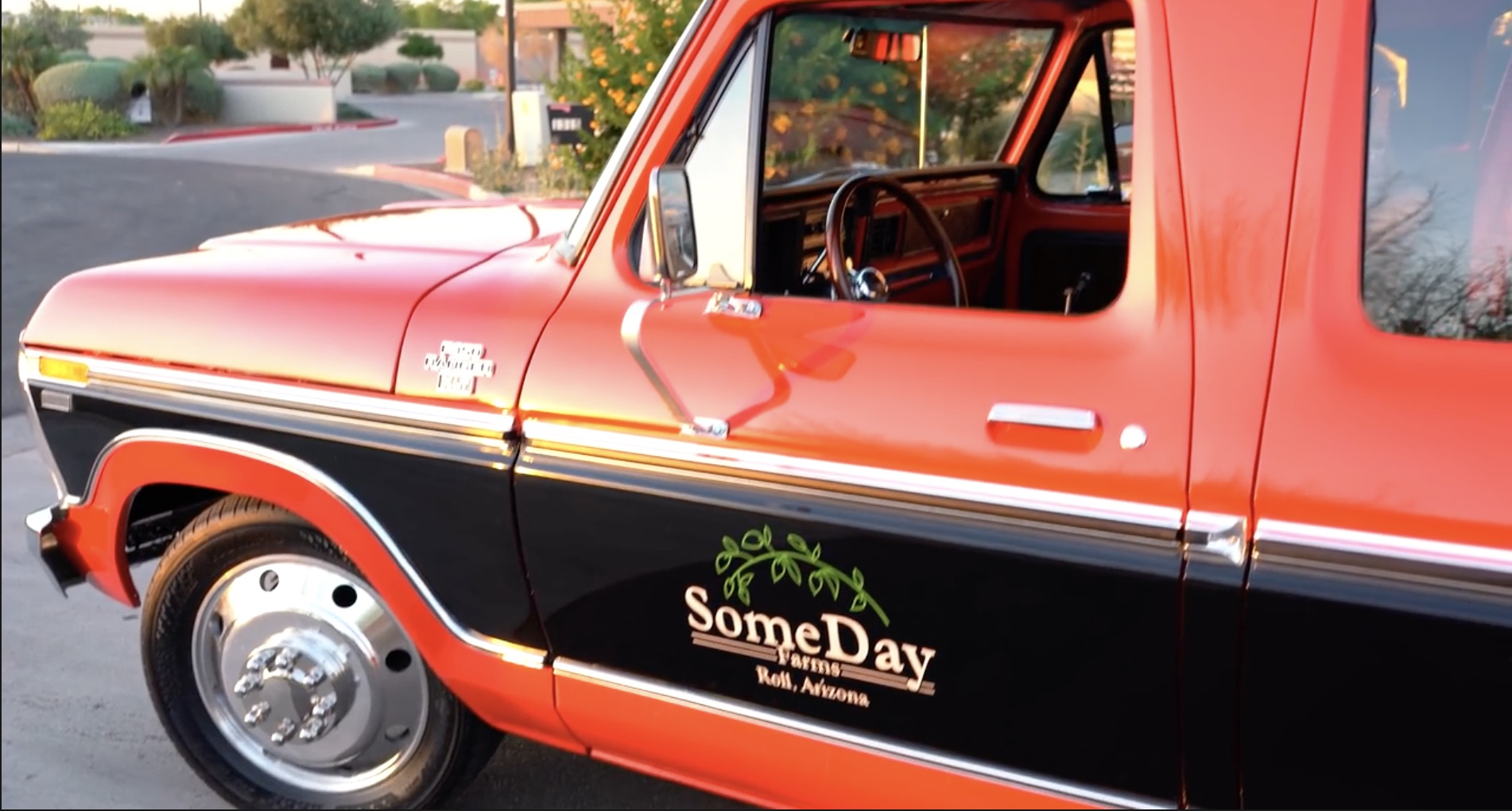 I’ve been thinking about duallies again. Now that we’ve ditched the experiment in fuel economy and “responsible vehicle decisions” that seemed like a great idea at the time and now that Haley’s truck is in the paint booth and out of our hands for a bit of time, I’ve been looking at Dodge trucks on Marketplace again. I need to stop…unless I have a good night at a casino my next time out in Las Vegas, I’ll have better chances of striking oil in my backyard than I will have dragging a D300 dually that isn’t a complete rot-box home, but I’ve got the build in my head and it looks a lot like this 1978 Ford F350 that Fat Fender Garage in Gilbert, Arizona put together.

Take it in nose to tail: stock except for the bumper with inset foglights. Beautiful Alcoa wheels. The stock two-tone paint with all of the trim intact. The CM Truck Beds kit out back with the headache rack and the cargo boxes. The Coyote engine underhood, the interior that’s the perfect blend of classic style and just the right amount of modern touches…wait a minute. Coyote? Really, there’s no Powerstroke under that hood? Not even an IDI swap? Cummins? Nope, Coyote. 5.0 straight from a wrecked late-model Mustang. Why pick that engine and it’s matching 6R80 automatic instead of a diesel? Think back to 1978 for a minute: the only diesel Ford offered was a 3.3L Perkins unit, and you had to be in Argentina to get that. For American buyers, it was either a straight-six or a V8, from the basic 302 to the 460. V8 grunt got the job done, and the same could be said at GM and at Dodge and Jeep. Yeah, we know Dodge offered up the Mitsubishi 4.0L diesel, but maybe thirty people willingly checked that box. Everybody else snagged 400s and 440s.

So besides the modern fuel injection, the cleaner emissions, and double the horsepower of the 460, what is there that would make you choose the Coyote over a diesel? How about that noise, for starters. I’m cool with a diesel as a work engine, but there is something to be said about a V8 that can get the job done that sounds rowdy as hell. And when it’s wrapped up in a package this pretty, suddenly not having an oil-burner isn’t such a big deal.

Rough Start: If You Can't See Why This 1984 Caddy Eldorado Rules, We Can't Help You Don't Call It A Comeback: Lexus Is Bringing Back The IS In 2021 and The Sport Sedan Market May Not Be Dead Yet!