Rough Start, The Import Edition: Bringing A Chrysler Ute Into The U.S. 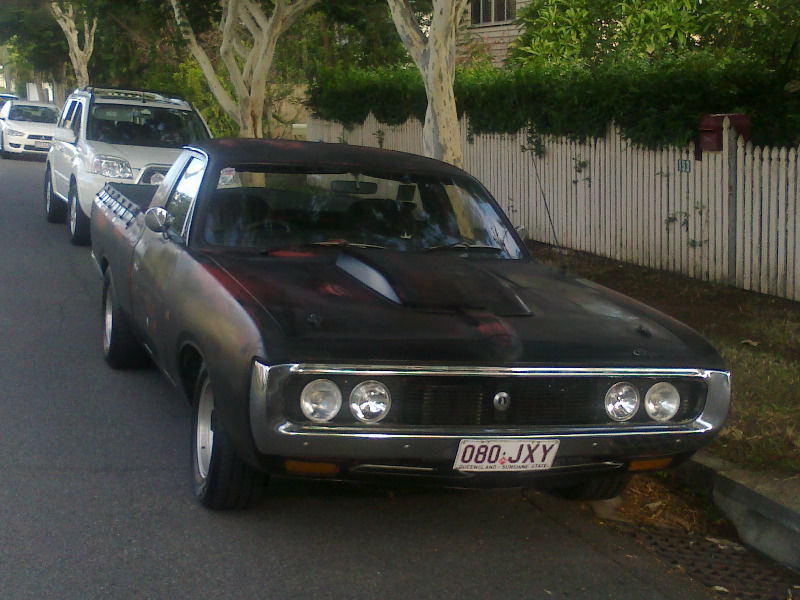 After finding the sociopathic Chrysler Valiant CL ute with the “340” earlier today, the part of me that likes shopping for cars I can’t afford woke up. I’d really like a Chrysler-powered ute, and since the Valiant platform Australia used has a bit in common with the U.S. Mopar A-body platform and can swallow up a V8 with no real issues, I decided to take a look around Gumtree to see what was for sale. Naturally, the Rough Start budget got tossed in favor of “smart and frugal decisions”. 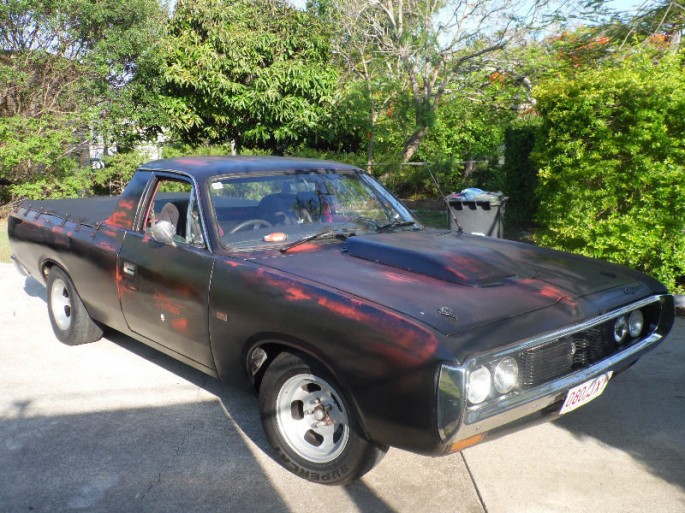 Right off the bat this 1972 model living in Brisbane leapt out at me. I like the hoop-bumper setup this year has, which looks like a scaled-down Polara. Ignore the paintwork, this Valiant is a rolling billboard for a company that specializes in faking patina. The nose is a “Chrysler by Chrysler” piece, the car is trimmed out in Regal specification, and it’s already packing a V8 in the form of the trusty 318ci backing an A904 automatic. Currently the 318 runs on leaded fuel, which will work in the short term but will have to be addressed. One option is the LPG setup the owner will include. Slot mags look good, the tonneau cover is decent enough, and the hoodscoop…well, that’s just gotta go. But overall, it’s a solid car and one that I’d be willing to stick my neck out on to get. 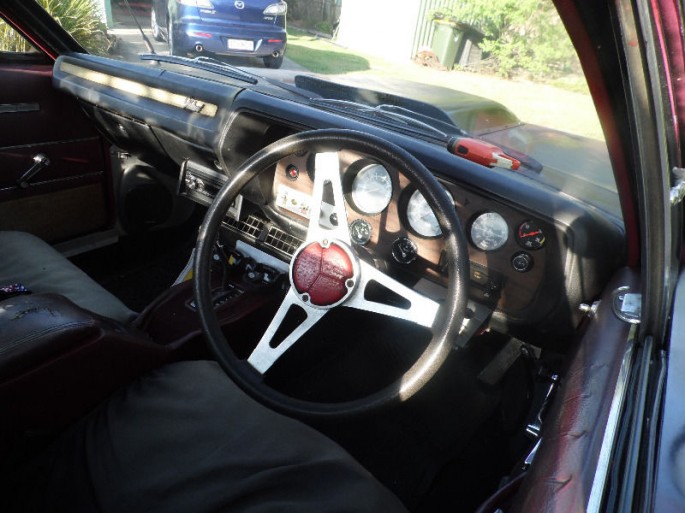 So what would it honestly take to bring this Valiant to the U.S.? Since it’s over 25 years old, importing it is legal, no worries there. So let’s take it from the top: Provided you pay full price for the car, that’s AUS$7,250, or about $5700, a reasonable price. There’s one honest issue with the car that would need to be addressed: tires, which the seller admits are “just passable”, so figure on a decent set of hoops. Then you have to pay to get the car to a port, which luckily is just a short drive to Brisbane’s port, where the car will most likely end up loaded onto a RORO ship and sent over. Once it arrives at the U.S. port, that’s where the fun really begins. You can expect to get a broker to assist you with the paperwork, which should set you back a couple of hundred dollars, and the shipping, which will be a few hundred dollars.. There’s taxes, which should only be another couple of hundred of dollars (it’s based on the actual value of the vehicle), Customs entry fees, paperwork fees, registration fees, and assorted other parts will probably tack on roughly another $1000 on top of the purchase price (and that’s a seriously wild guess that errs on the high side.)

Which, if you tack on tires, means that at the worst, you’d be paying about $7,000 to have your own Chrysler Valiant ute. Sounds good to me…shame I can’t afford it. 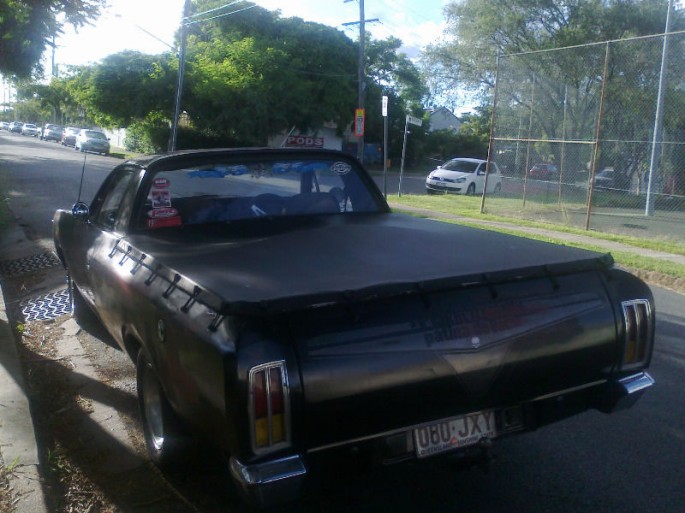 5 thoughts on “Rough Start, The Import Edition: Bringing A Chrysler Ute Into The U.S.”