Craigslist Find: A Clean AMC SX/4 In Georgia, Just In Time For Winter 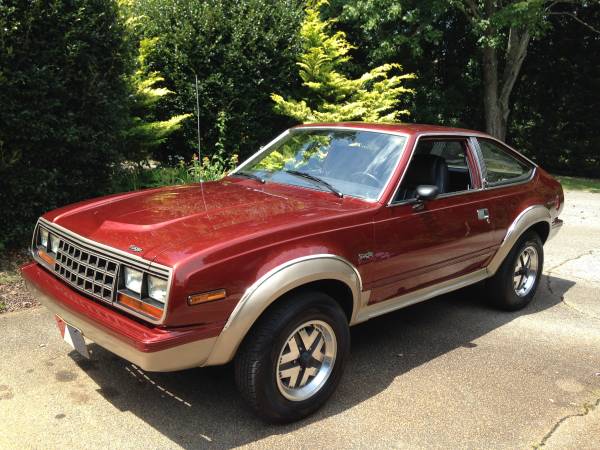 Yeah, the weather outside is frightful, alright, more so if you’re in an area that hears the words “lake effect snow” during the weather report on the evening news. Even if you aren’t buried up to your eyeballs in tons of snow, the weather is certainly here, with rain, sleet, and the generally nasty conditions of winter becoming prominent. If you’re smart, you’ve put the hot rod up for the winter, but let’s face facts: sometimes having four-wheel drive is worth it, if for nothing more than peace of mind. Sure, a Subaru would be fun, and we all love trucks and SUVs for the rough stuff, but maybe you just want to be different. 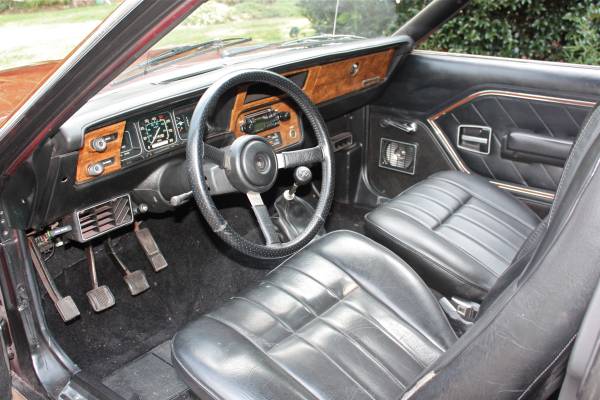 With that, we present to you this 1981 AMC Eagle SX/4 hatchback. Looks really clean, doesn’t it? That’s because it’s had a recent visual restoration and the paint, Ford Sunset Red Metallic over Toyota Solara Gold, sets off the normally dowdy looks of the AMC. Inside, the black bucket interior is very clean, and lo and behold, there are three pedals, as there should be. Two people fit well in the SX/4, but if that isn’t enough people space for you, there are plenty of Eagle wagons out there that could use a good home, and would clean up as nice as this hatchback.

If this car has one sincere fault, it’s sitting in the engine bay. Instead of the inline-6 or even a 304 V8, there sits the four-cylinder lump of Pontiac-sourced Iron Duke, which might be good for 100hp. But looking at the car overall, left alone it makes for a decent driver, and it’s an engine swap away from greatness. Maybe a set of Jeep Cherokee wheels instead of the 1980’s Ranger wheels would be a good choice, too.

Click Here to see the eBay listing for this AMC Eagle SX/4 while available! 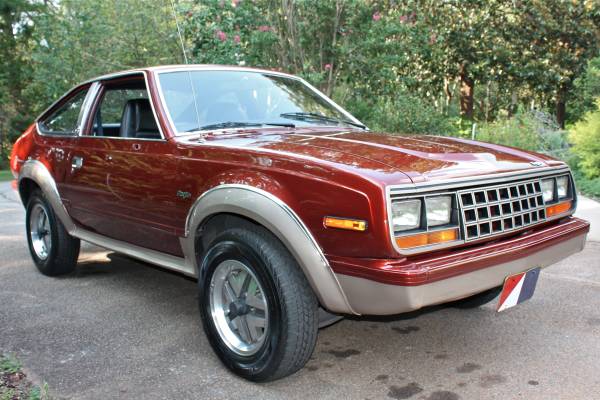 11 thoughts on “Craigslist Find: A Clean AMC SX/4 In Georgia, Just In Time For Winter”