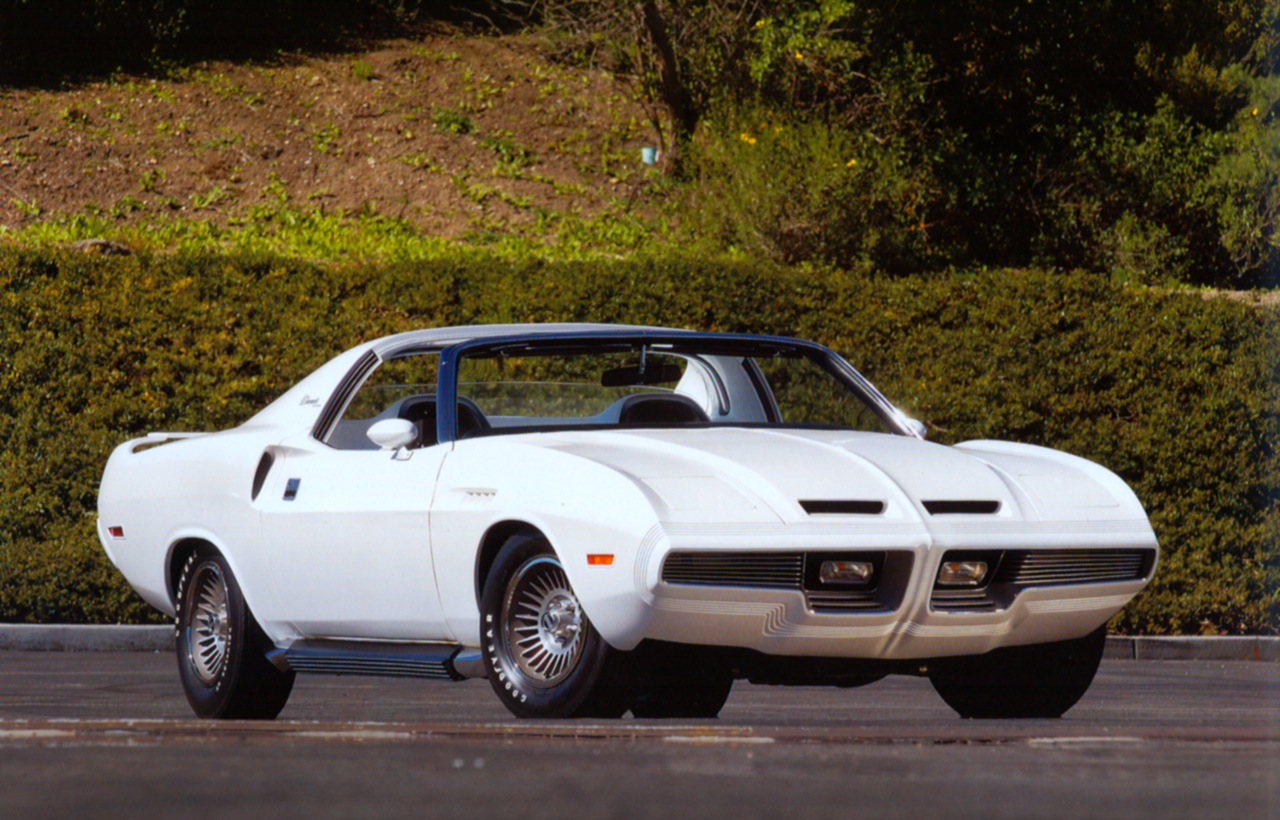 in 1969 it was a good time to work for Dodge. Essentially, the entire work mantra was “anything goes, so long as it sells”, and they were having one hell of a party doing it. The B-body line was selling well after the 1968 re-design, the Charger was selling well, and the racing division was in the middle of the Aero War with Ford, striking first with the Charger 500 and then the end-all-be-all Charger Daytona. Paint colors were wild, the advertising was sensational and unabashedly sexist, and nothing was stopping the crazy train.

With all of this going on that year, work was spooling up on the upcoming E-body car line. A mashup of A- and B-car parts, the E-body cars, the Dodge Challenger and Plymouth Barracuda, were a hinged bet for Chrysler Corporation, who were getting sick and tired of watching Mustangs, Camaros and Cougars snipe sales from the smaller performance car market. The Challenger would be marketed toward the Cougar crowd, with it’s two-inch-longer wheelbase and strong options list, while the Barracuda and ‘Cuda would take aim directly at the two biggest names in the pony car war. The first car off of the Hamtramck was a special-build triple-black 4.10-equipped four-speed Hemi Challenger that packed the full options list… that was quickly whisked off to be converted into the Dodge Yellow Jacket, the promotional show car that would be presented at the New York and Los Angeles Auto Shows. 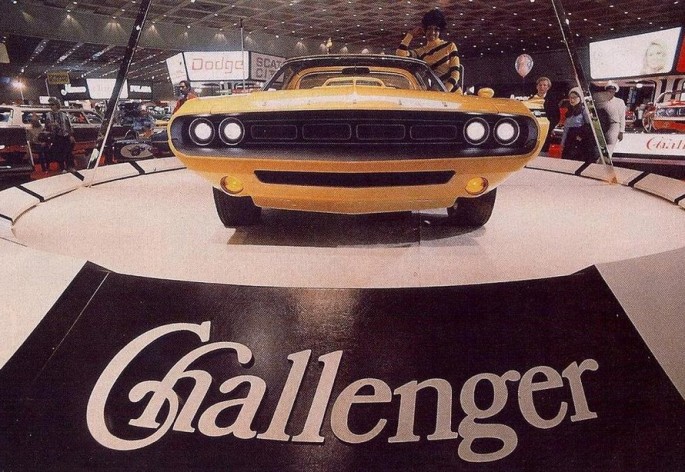 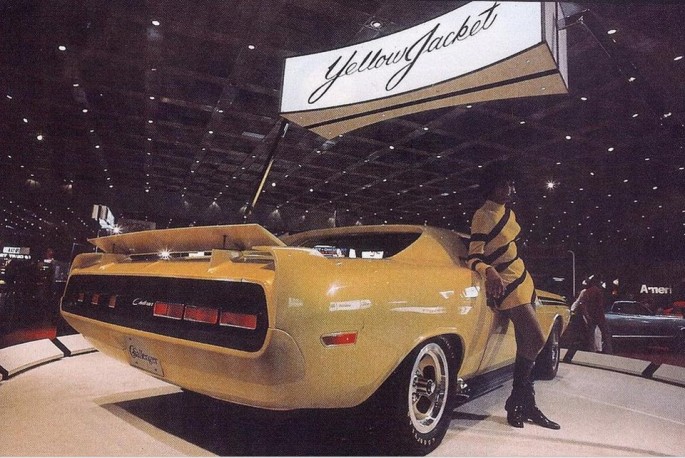 The Yellow Jacket previewed several designs that would appear on the 1971 Challenger, including most of the nose design and the split-taillamp design. Other features, such as the hoop-style power adjustable rear spoiler and the targa roof, as well as touches like brake ducts similar to a Boss 429 Mustang, didn’t make it to the Challenger. The rear window was power operated to be lowered and was recessed in with flying buttresses similar to the Charger. The car was painted a honey-gold color and was finished off with black stripes and a blacked out tailpan. Inside the car was a stock Rallye-gauged Challenger, with the exception of the four-place power switch block on the driver’s side door and the tonneau cover that formed at the front seats’ backing and covered the rear seats.

The idea was to see if there was any interest in a two-seater from Dodge to compete with the Chevrolet Corvette, but there may have been a slight issue with their marketing technique: At the New York and L.A. auto shows, Dodge had a model next to the car wearing just barely more than a smile who permitted passers-by to draw on her with markers…suffice it to say, not much attention was paid to the car. 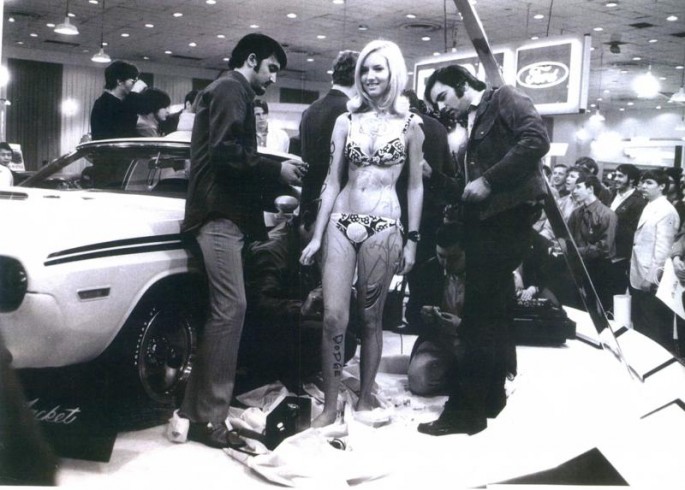 Understandably unhappy with the results, realizing the car was a near-dead-ringer for the Challenger on sale, and with the paint wearing thin after only a few weeks on the show circuit, Dodge pulled the Yellow Jacket out of the show circuit and went back to the drawing board for a restyle. The nose and tail of the car were redesigned, the tail reflecting the upcoming taillight treatment for the Challenger that debuted for 1972, the front end becoming a sloping nose with hideaway headlights, two driving lights in the center, and a thin grille, which may or may not have been influenced by the Charger Daytona. Unlike the Daytona, however, the look was more understated custom than the over-the-top look the Daytona had. The wheels, which had been five-slot mags on the Yellow Jacket, changed over to turbine-style wheels and the car was repainted in a knockout Pearl White color. And instead of a sightly young thing to distract onlookers, the Diamante was surrounded by over a million dollar’s worth of diamonds.

The Diamante was shown through 1974, when the car’s paint got scratched up during transporting. Chrysler sent the Diamante out to Creative Customs in Detroit, Michigan for a repaint. Reportedly, Chrysler never specified a stock repaint, and according to legend, George Busti, the painter, hated white cars, so when Chrysler received the car back it was sporting Candied Tangerine Orange paint. Naturally, upon seeing their Orange Diamond, Chrysler Corporation officials freaked out and since the decision had already been made to end production of the E-body, the Diamante went into storage. 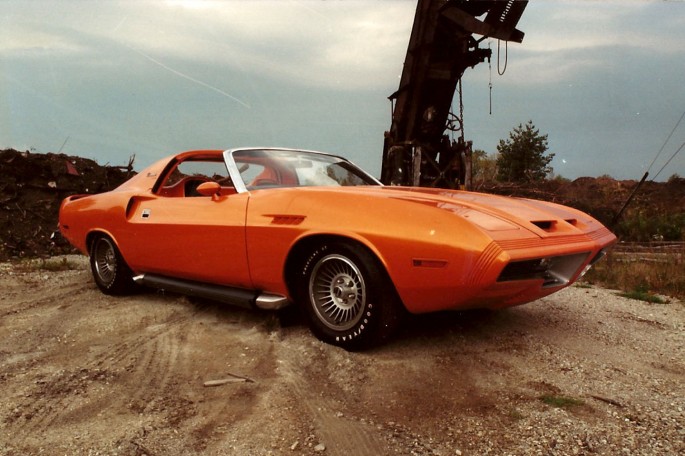 It stayed out of the public’s view until Chrysler auctioned the car off in 1978, and it changed hands a few times before Mopar collector Steve Juliano purchased it in 1998. After some investigation into the car’s history (and some digging through paint layers) the correct color of white was used and the car was restored. Juliano collected the Diamante, as well as a host of other rare Mopar treats including most of the Rapid Transit System cars, and kept them in good care until his passing from pancreatic cancer in 2018. 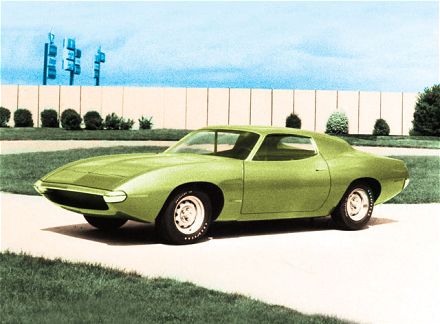 Now, that alone would be the end of the history of the car, but there is one more caveat that must be discussed. A few years ago, pictures surfaced of both the clay and fiberglass mockups that were being studied and prepared as the 1975 Plymouth Barracuda. There were several variations, from a simple update of the E-body’s overall shape to one that looks more like the AMX/3 than any Plymouth ever made. The noses of most of the cars share one trait with the Diamante: the same slope, overall shape and most carry a hidden-headlight theme as well. While it pre-dated the Barracuda works by a year or two and like the Diamante wasn’t looking at the Federal bumper regulations that were on the horizon, was the Diamante a real-life case study for the next-generation E-bodies? 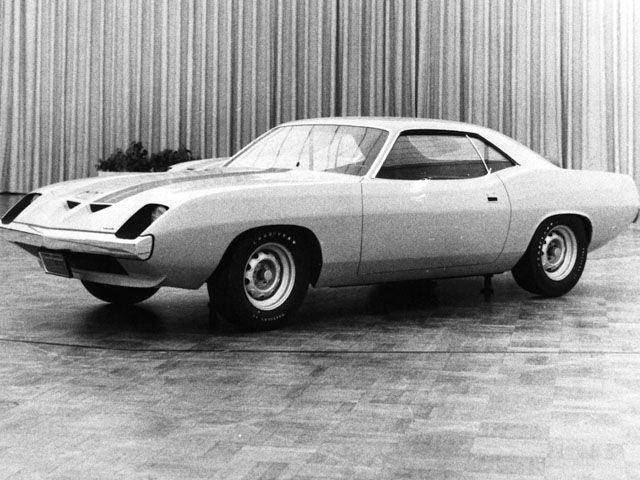 BangShift Top 11: NASCAR Meets Gaming, How That Could Become Really Fun To Watch! Attacking A Water Park With A Fleet Of RC Cars, Trucks, And Boats Looks Like A Riot! Traxxas Gets To Have All The Fun!