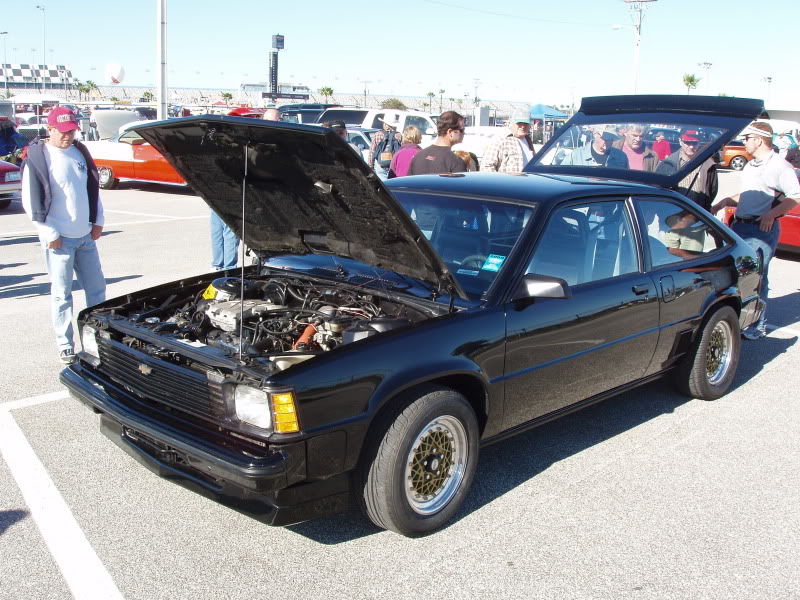 Things must’ve looked absolutely horrifying inside GM in late 1979 if the engineers had to resort to using a Chevrolet Citation X-11 hatchback for prototype development for the Chevrolet Corvette. Let’s face facts: the Corvette had all the get-up-and-go of a tree sloth on quaaludes in 1980, a disco-shelled mockery of it’s former self, and there wasn’t much better coming down the vine at that point in time. With gas crunches weighing in heavily on everybody’s mind, GM came to the conclusion that the V8 would be gone by 1990 and the research teams at Chevy turned to the up-and-coming small car platforms to sort out what to do for performance.But the question was, what could be done? Prior to this, the only way front wheel drive and performance could be used in the same sentence was to go straight to the Cadillac Eldorado and Oldsmobile Toronado of the late 1960’s. Sure, there was the 500ci V8 in those cars, but they were absolutely huge. Nothing the size of the Citation had really been hot-rodded straight from the factory before, and at best, there was only a 2.8L V6 under the hood. Hardly the stuff of legendary performance.

But there was at least one maniac from the good ol’ days of performance still haunting a back room at GM: Engineer Richard Balsley. Balsley had a reputation for being a creative racer and was known for hunting on Woodward Avenue with a 1958 Ford packing twin 312ci Y-block engines inside. And apparently the twin-motor situation was his mantra, because that’s exactly what he decided to do to the Citation. Both 2.8L V6s were punched up to 3.1L and built enough that they each pushed 200hp on the dyno, which would have been impressive enough in 1980 (and for quite a few years after that, as well). A second engine cradle was used to mount the rear engine into the back seat/hatch area, a firewall was built to separate the driver and passenger away from the motor, and systems such as the throttle and the transmissions were linked together. The X-11 could be driven on just one engine alone, but the main attraction was hitting a button and bringing Engine #2 to life. This turned the Citation into a 400hp AWD V12 eye-raiser.

Push Me, Pull Me was sold to a private collector in Florida during the company’s restructuring a few years back, and it’s still a running, driving car. The little beast sounds snotty, even if it has a similar sound to every uncorked Lumina I’ve ever heard. The front engine has to be fired first, because the rear engine does not have a water pump or an alternator. Once both engines are on the car runs and drives just like any other. It doesn’t throw a fit or anything and when the throttle is laid into, it just sounds like a loud and angry Beretta. It’s interesting to see what happens when a determined engineer with a performance background gets cut loose, and in this case, making a Citation not only cool, but haul ass is certainly a welcomed prospect.

Video: Tow Trucks Are For Wussies In Whichever Foreign Country This Video Was Filmed Big Ticket Items: Which Of The Mega-Bucks SUV Would You Choose To Haul Your Royal Family In?