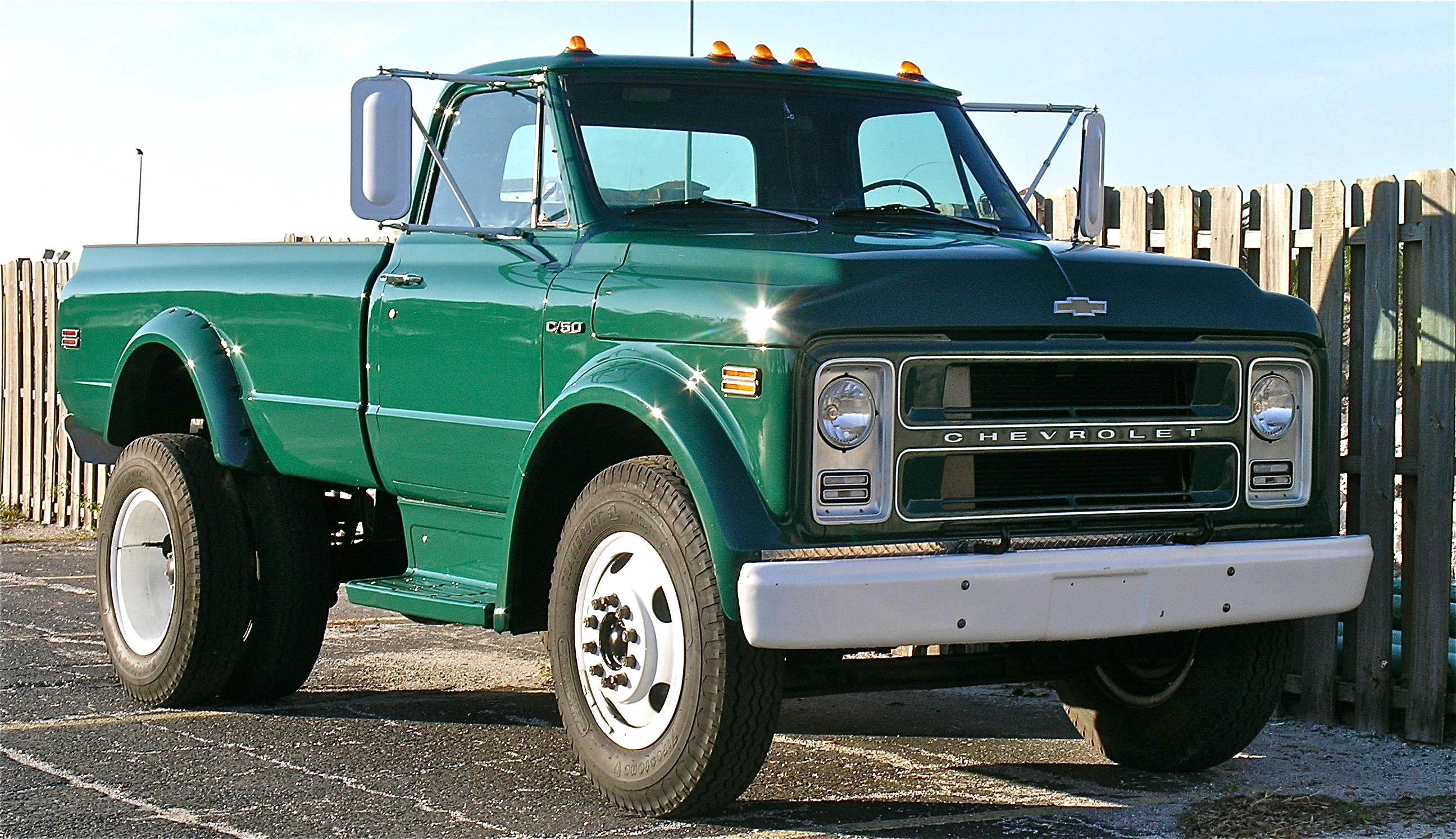 You are never going to believe this one! Jeff Angeleri, GM Design engineer extraordinaire, among other things, sent us a picture of his super cool 1972 C50 pickup which is the brother of Goliath, Brian’s former 1966 Chevy C50 pickup (which is now owned by his buddy Paul)! They are even the same color! You have to check this out.

I first met Jeff Angeleri on Hot Rod’s Power Tour years ago. He’s the guy that designed the 2003-05 Silverado SS trucks, other stuff he can’t talk about, tons of great concept cars you love, and more. The weird thing is that if I remember right he was on Power Tour in his wife’s Mustang. Anyway, I digress. The point is Jeff is a bad ass, builds killer cars, draws like there is no tomorrow, and has way more merit than we do.

His 1972 Chevy C50 is like the Goliath truck, a custom deal that as far as we can tell never came from the factory in any configuration resembling this. For Jeff’s truck, he started out with a moving truck and took 5 feet out of the chassis in front of the rear wheels, and then chopping another 5 feet off the frame behind the rear wheels. The result is pickup truck length but on steroids due to the sheer size of the wheels, tires, chassis, etc. It’s like a real life Tonka truck. It’s got an 8′ bed on it, big ten lug wheels, fender flares front and rear, and it looks like Chevrolet would have built it, only taller.

We love it! Check out the photos below. There are a bunch of build photos of Jeff’s ’72, and one of Brian’s ’66. . Oh, and it’s for sale! He just finished it and it’s already on the block. Want it? Email Jeff at [email protected]  and he’ll make it yours.

To check out other stuff Jeff has done, visit Angeleri Design HERE. 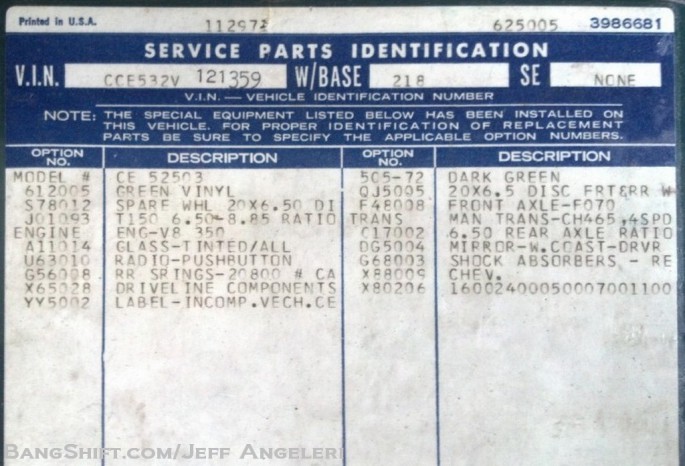 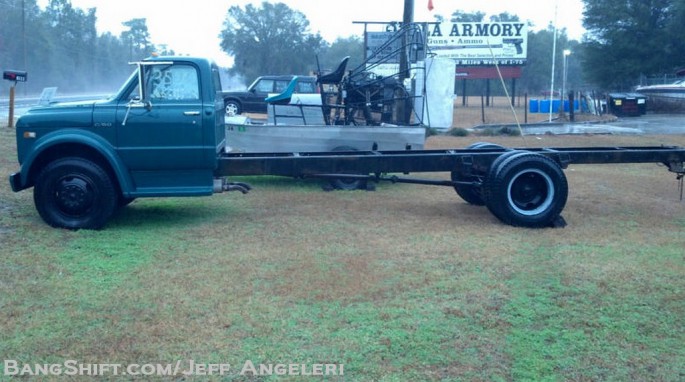 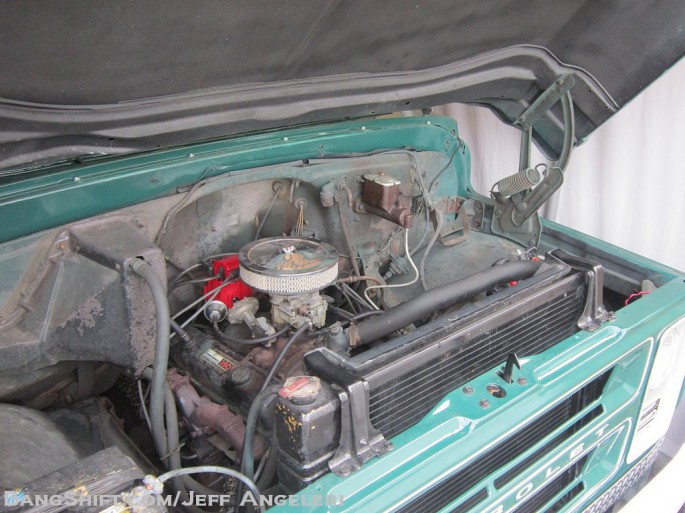 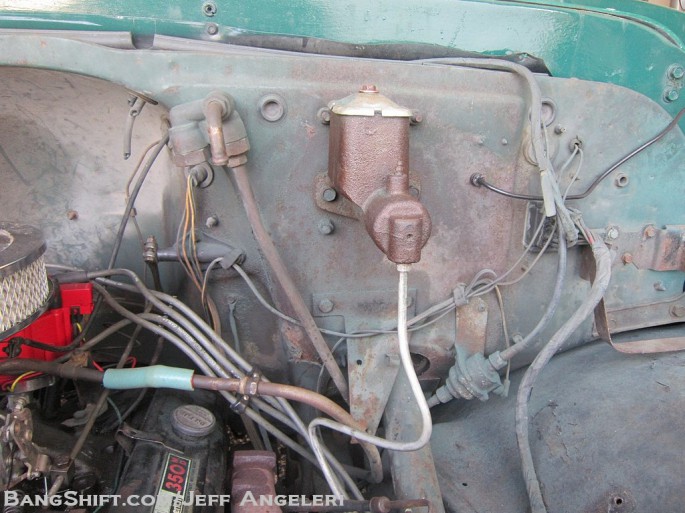 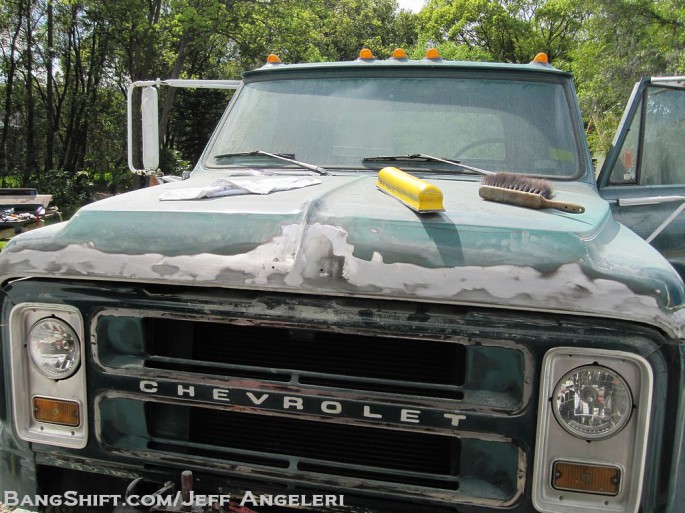 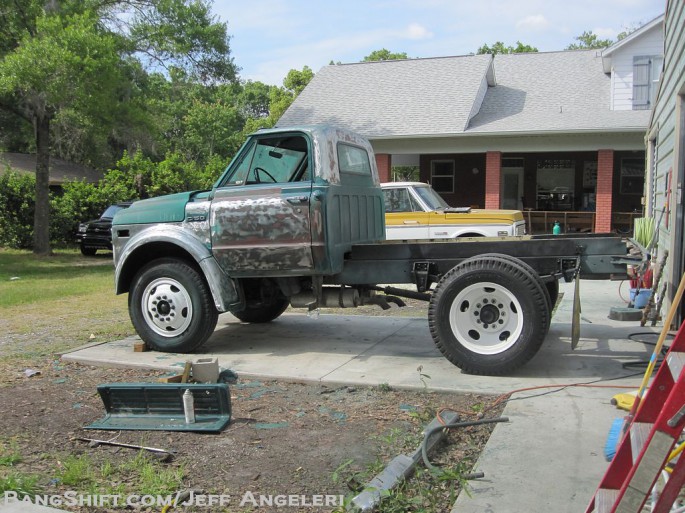 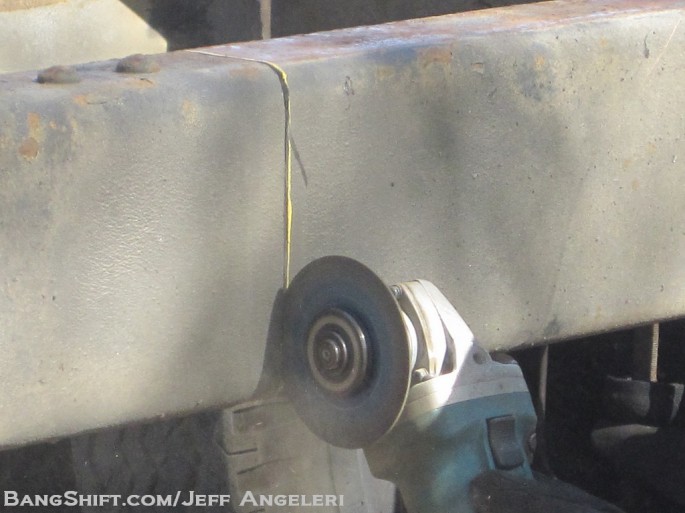 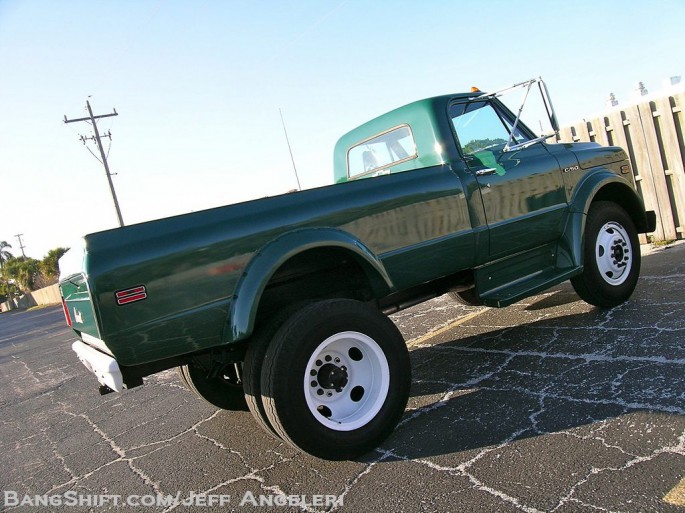 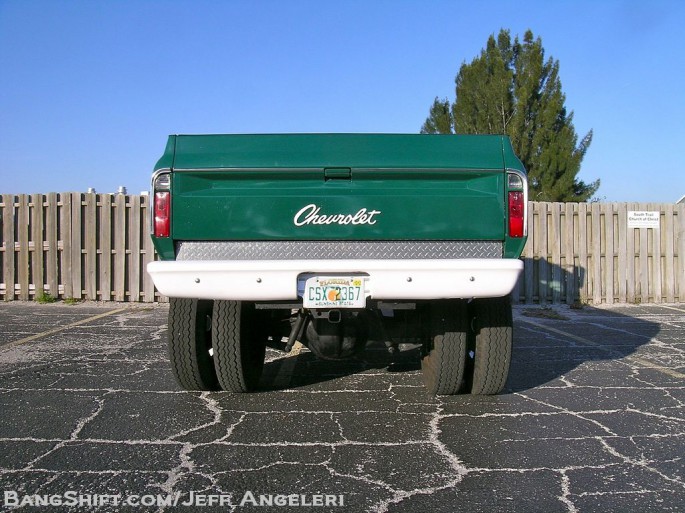 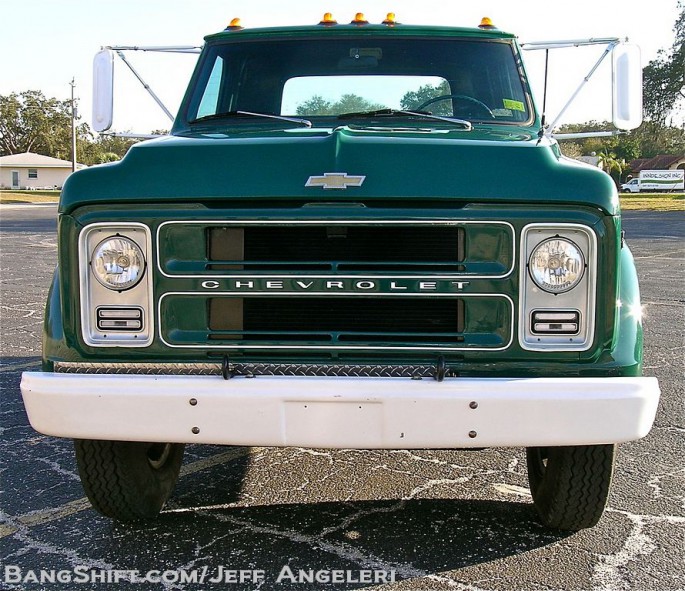 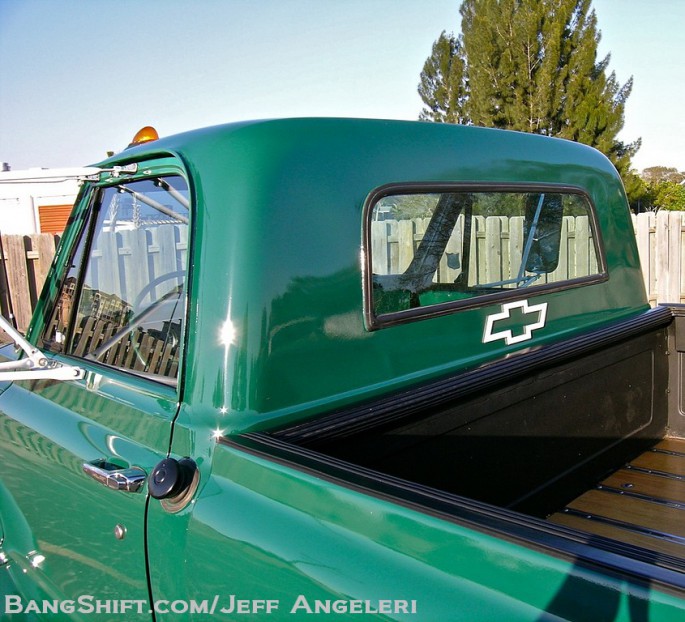 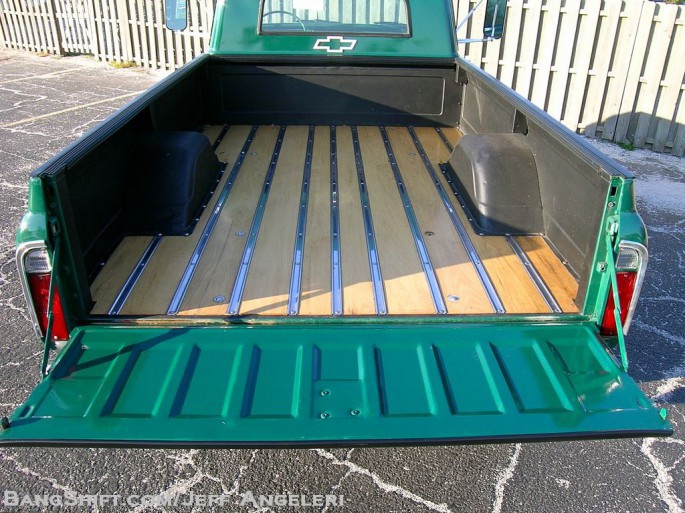 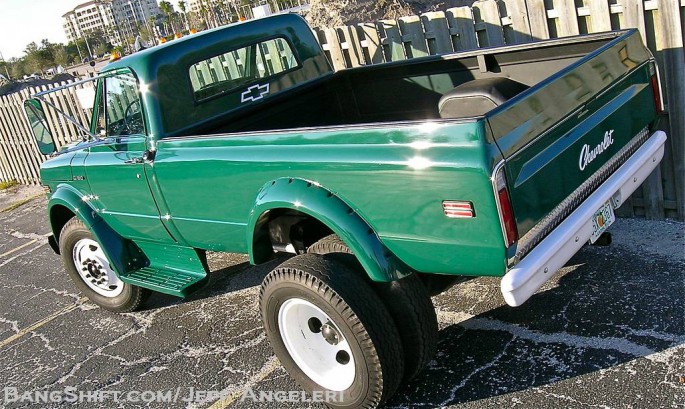 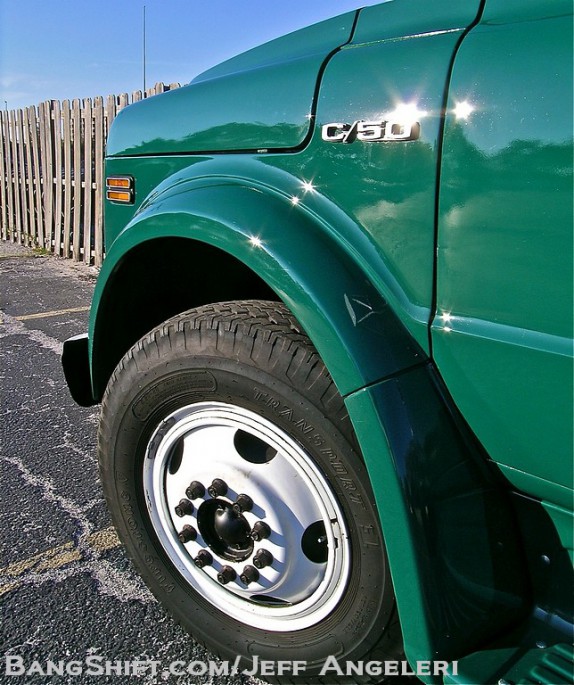 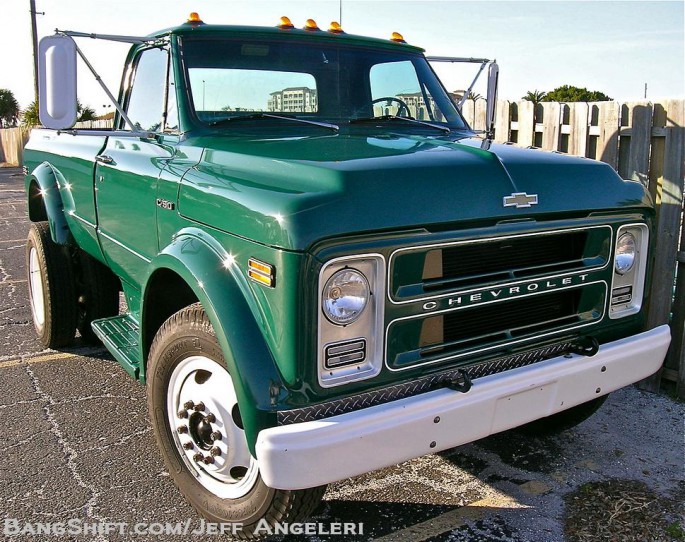 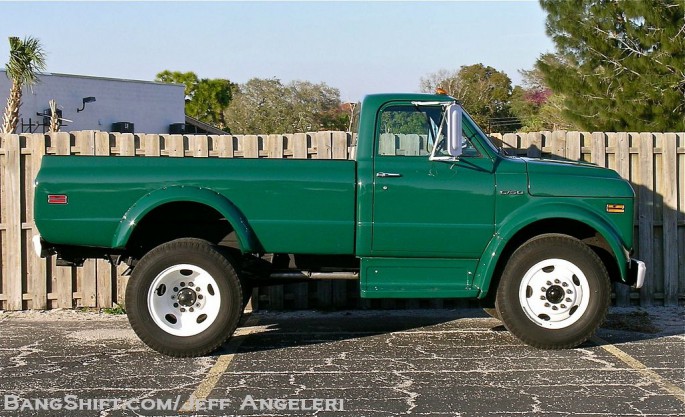 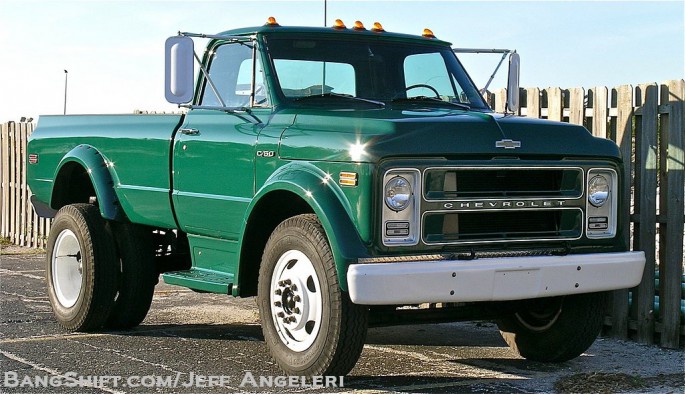 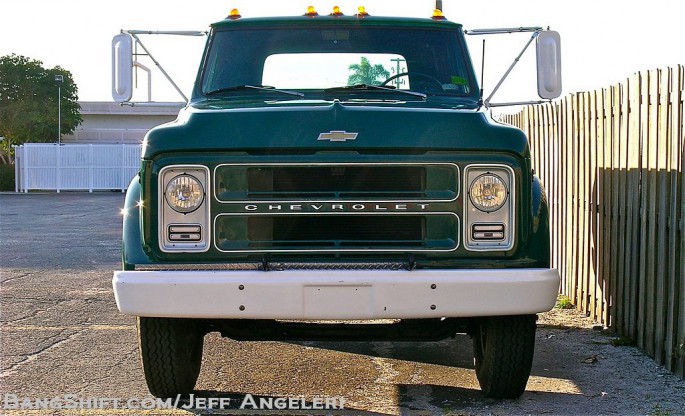 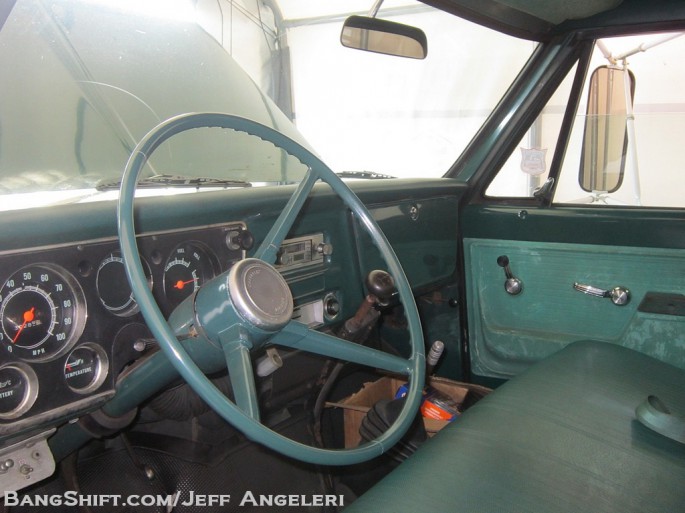 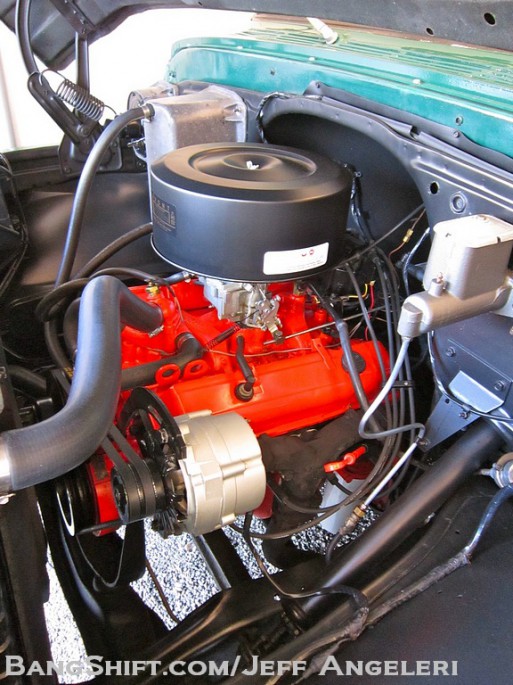 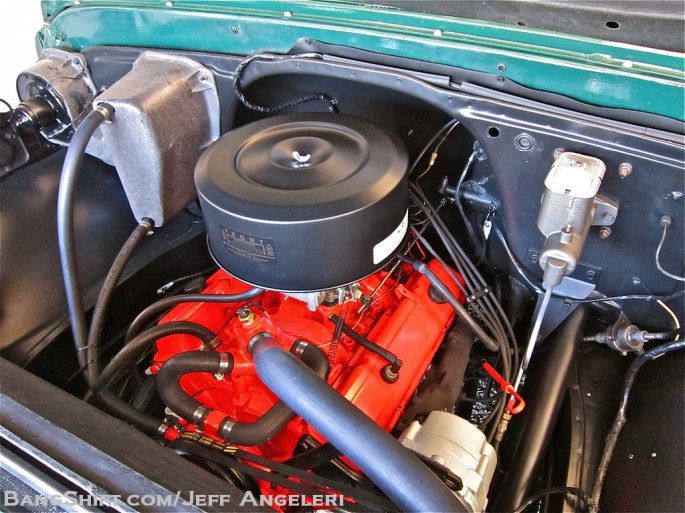 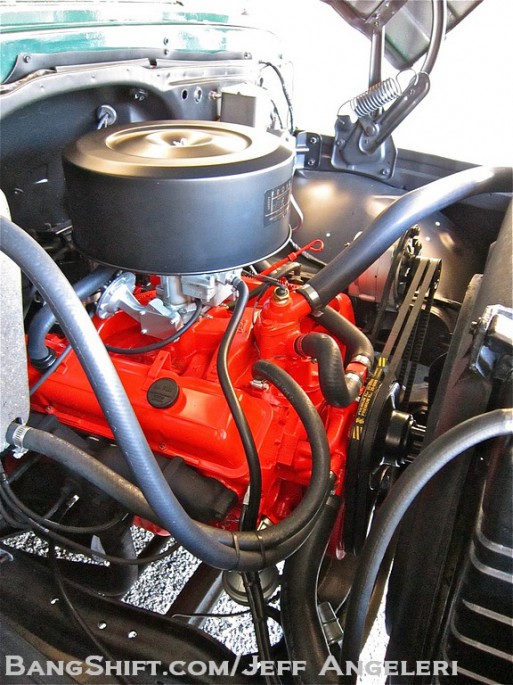 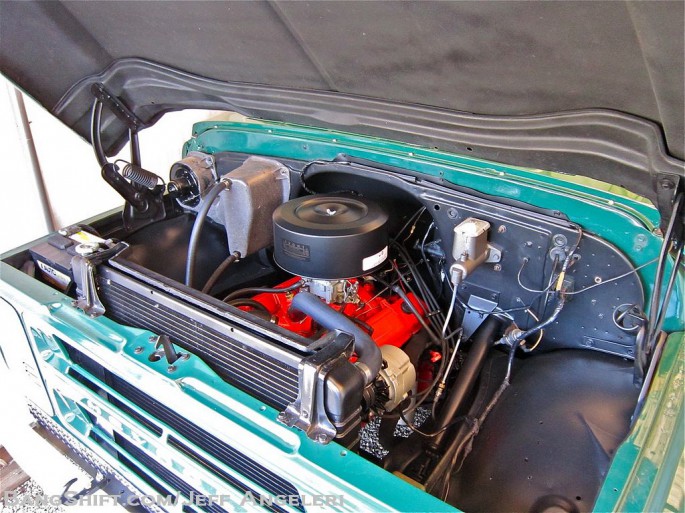 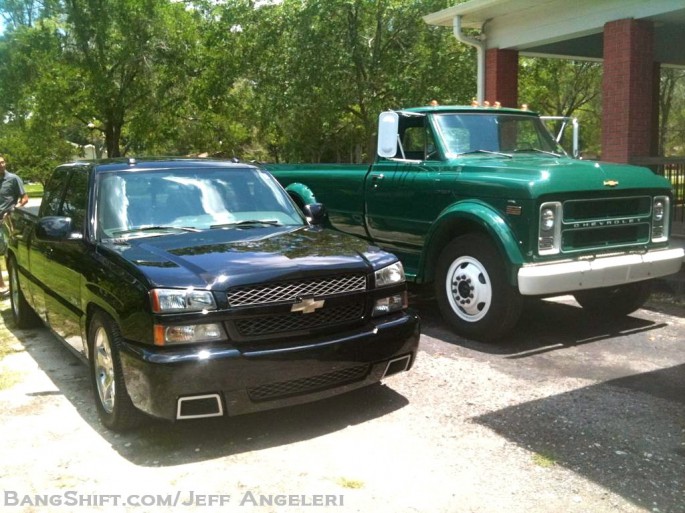 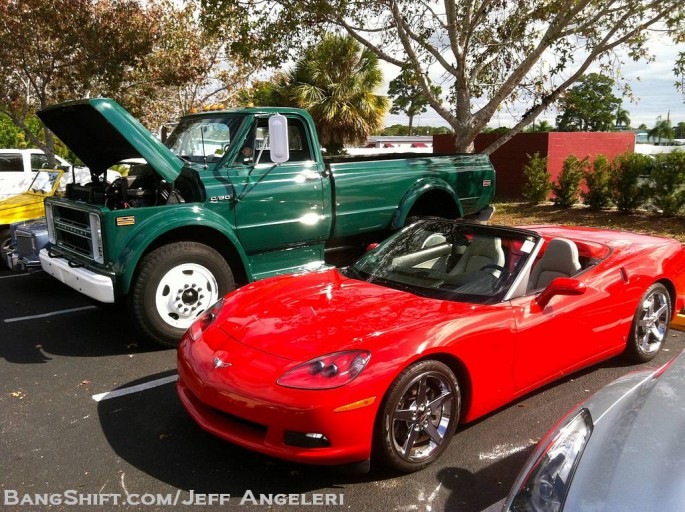 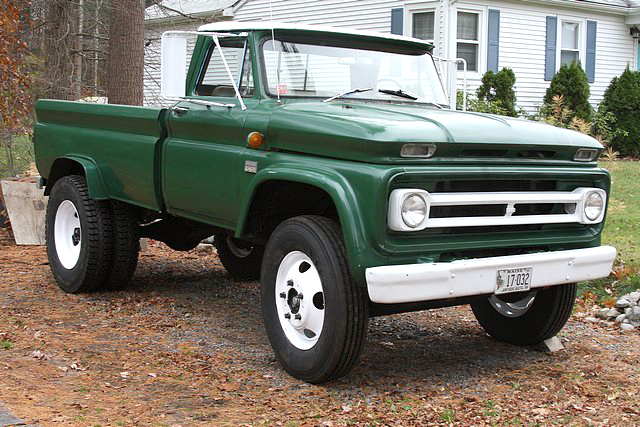