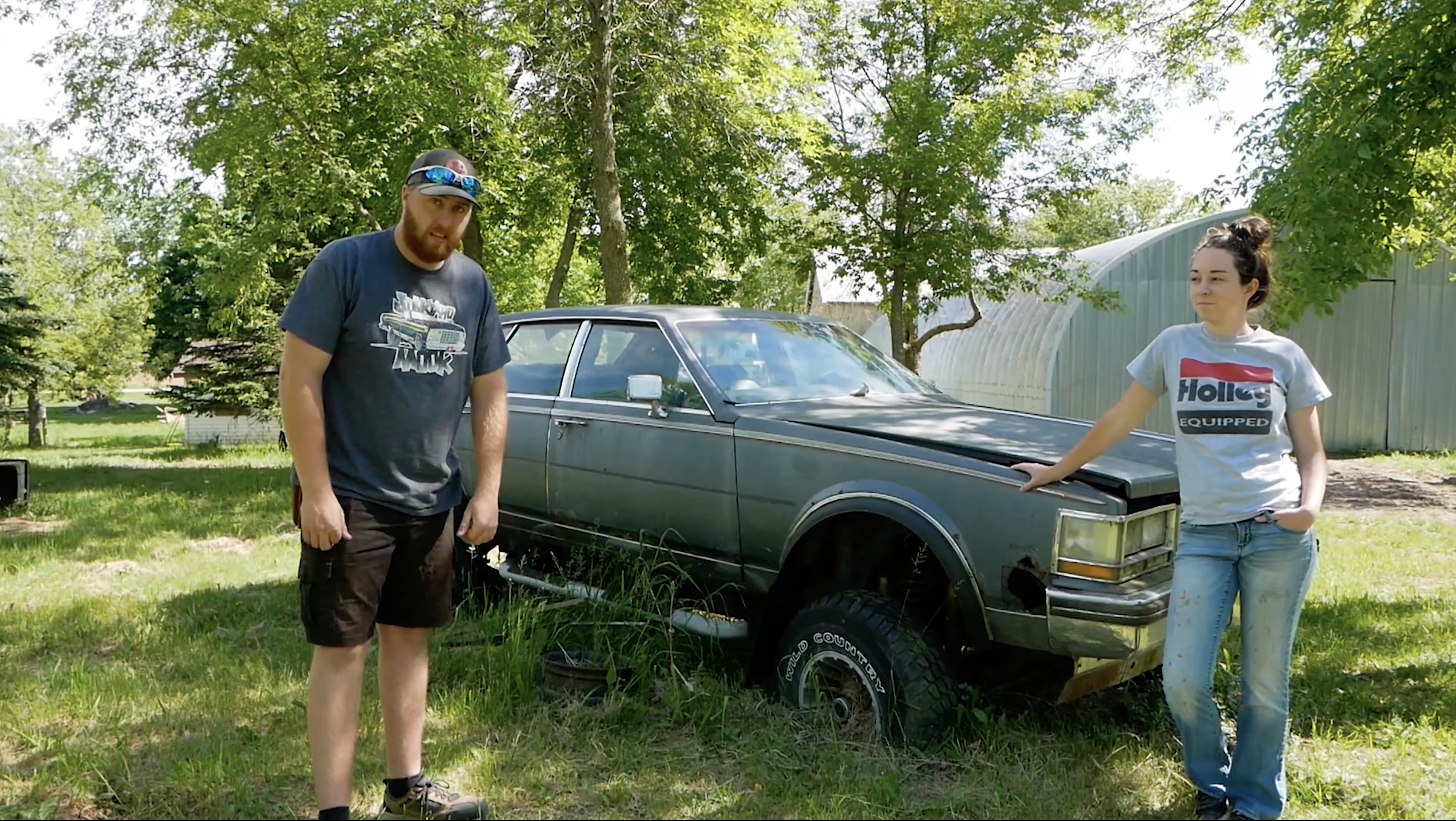 Both Chad and I don’t have the greatest relationships with 1980s era Cadillacs. The short, sweet story? We both understand that for all the fluff and gingerbread, Cadillacs were one part generic GM, one part unique GM parts that make these cars an absolute pain in the balls to put together properly, and outside of generic GM V8s like the 305 and 350, the engines were low-power turds. Seriously…the 1980 Fleetwood Formal limo that I ran for King of the Heap a few years ago had the 368 big-cube Cadillac mill, one of the last Caddy-only engines of old, and it was a smogger turd that could barely spin a skinny tire in the wet. But it at least had that square, classic Cadillac Fleetwood body.

What Kevin and Mook recently acquired adds one more layer of weird to the mix. The top half of this chimera is a second-generation Cadillac Seville. The first generation (1975-79) Seville was a seriously tarted-up Chevrolet Nova that was worked over so much that GM gave it a different body code (K-body, vs. the Nova’s X-body designation). They might not have set the world on fire, but they sold well enough for a second generation. Round two moved the Seville to a modified E-body platform that was shared with the Buick Riviera, Oldsmobile Toronado, and Cadillac’s own Eldorado. This was also Cadillac’s 1980s bustle-back baby, a styling treatment that Lincoln tried with the fox-body Continental four-door and the 1981-83 Imperial. Some may like it, but really it looks like the ass end of the Cadillac got melted and started to droop until the same “squatting dog” joke everyone makes about Chrysler Crossfires applied.

Except no Seville sat this high. Somewhere along the way, some enterprising individual plopped a Seville onto a 460-powered Ford Bronco’s frame and running gear, creating a luxo-barge four-door four-wheel-drive that, when completed, had to be a hell of a looker. In 2022, however, this is a relic sitting on turbine wheels that is sitting in a Wisconsin yard. With summertime plans that involve a boat trip across Lake Michigan with this monster, it is time for yet another unloved blast from the past to get woken back up!