The Car and Track Review Parade Continues: This Time They Are Hammering A 1971 Dodge Challenger 383 4-Speed 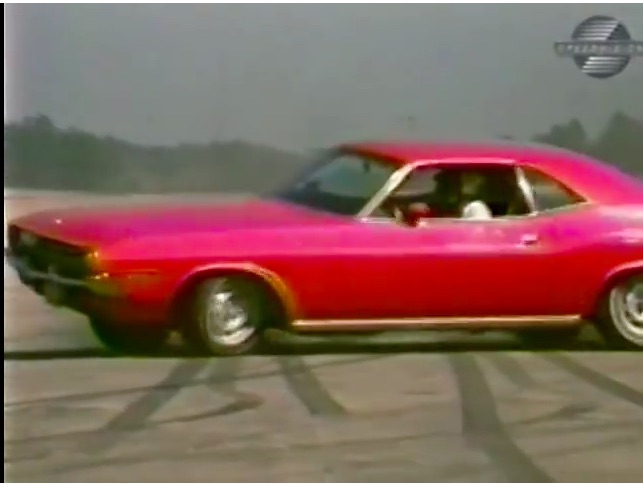 So after I stumbled into this goldmine of killer old Car and Track Reviews I am having trouble which one to share next. This one which centers around hammering a 1971 Dodge Challenger 383 4-speed is perfect for a Friday. Heck, I could have made it the Parting Shift but I am not going to do that. There are other worthy candidates for that honor on this day. Anyway, you are going to see a real gem of a video here and one where they thoroughly wring out the E-body in question. This car sounds good and the crew really likes the performance of the machine except for braking which as you have learned at this point is a damned common theme in these reviews from the 1960s and early 1970s.

The weird thing about this one is either the tires of the surface they are running this car on. During tire spin, of which there is a metric crap ton in this video, no smoke rolls off the rear tires and they are either completely fragmenting apart of actually tearing up the tarmac that the car is running on. It is bizarre. Even in the slalom course portion of the testing the car is laying black tracks between the cones. Anyone got any ideas? Did Dodge just put a set of insanel soft tires on this thing to make it work better or was the place they ran the car falling apart?

In terms of handling this car does have noticeably less body roll than some of the other machines we have highlighted in this series and it does not seem to push as bad as others. Not to say that it is some awesome handler but for its time, and even with the big block, AC and all the other junk up front, it seemed to work reasonably OK.

If you dig Mopars, you are going to LOVE this.

4 thoughts on “The Car and Track Review Parade Continues: This Time They Are Hammering A 1971 Dodge Challenger 383 4-Speed”