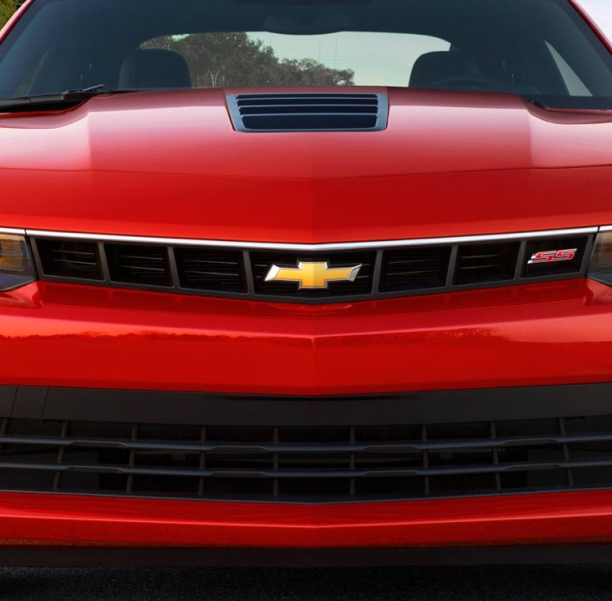 We can fix it, but it’s going to hurt. You know, like pulling off a piece of duct tape you used as a band aid. The kind that is all stuck to the scab underneath. But realizing the problem is the first step so, now that I know how screwed we are, maybe we can fix it together. The problem is that we’ve gone so international that, in the United States anyway, we’ve completely lost American brand recognition. I think the root of this problem is decades of being told to be politically correct and all kinds of other crap, but that doesn’t matter here, so back to brand recognition. This story will surprise you.

So on Sunday evening I’m driving the $200 Hauler home from the Lazy Dog Cafe where myself and the rest of the family unit had just enjoyed dinner for Daphne’s 36th, yeah 36th, birthday. Now this is just over 10 miles from home and we are taking the city route so we are enjoying the family time, which means that part of the trip is spent talking and listening to/discussing the music playing on the stereo, and listening to Peyton (16) and Cole (12) fighting in the back seat. Oh the joys of parenthood. (FYI, The lack of availability of a Child Ejection Seat is the single greatest failure in the automotive world.)

It is on this short jaunt that the unthinkable happens. No, it wasn’t Peyton’s attempted coverup of her comment that the new Honda Accord we were next to was cute, although I did tell her to get out of the car at that point. Cute? Stay tuned for the video Chadmouth on the word “cute”. No, it was the ensuing diatribe coming from my mouth on the subject of “cute”, and the Honda Accord in particular, that somehow included my comment on the Honda being a Japanese car. This is where it all went horribly wrong. I almost got out of the Hauler and let is drive off on it’s own. You see, the horrible, unfathomable, and unthinkable here was the fact that neither of the kids, despite their ability to identify and name hot rods and trucks of all kinds, knew that Honda was Japanese. Or that Chevrolet was American. It took the next five miles of driving, while quizzing them as if my life depended on it because it does, to find out that without serious thought they knew little or nothing about the actual country of origin for automotive brands. They had to think, and get several wrong, to name the Big Three as American car manufacturers.

I have failed them.

We have failed them.

We have failed ourselves, our countries, our children, our hobbies, our world.

I say “our countries”, because I can’t be so blinded as to believe that this same thing isn’t happening in other countries at some level as well. Can you imagine a day when an Italian child isn’t proud of Ferrari, Fiat, and Lamborghini’s heritage in Italy? Or a teenager in Frankfurt Germany realizing no pride in their countries amazing contribution to the automotive world thanks to Mercedes-Benz, Daimler, Porsche, Audi, etc? And how about the young people of Tokyo? As a Japanese parent I would be equally appalled if my child didn’t recognize the historical importance of cars like the Toyota Corolla, Honda Civic, and Datsun(Nissan) 240Z not only to Japan, but the world.

In a lot of ways, because of technology, we have become an international community rather than a great big world. And that’s all well and good, but the pride and culture of each country is still a critical part of who each of us, as human beings, are. It always has been, and should be, regardless of where you are from in the world.

I’ve spent a lot of my life traveling. All over the world, although I still have plenty of places left to hit, and one thing I’ve always noticed is now more important to me than ever. If a group of people get off the train in Paris, for example, and all started to talk and asking where each other is from, you will get some very different answers that have nothing to do with their country of birth or residence. Someone may say Great Britain, or the UK. Another may say Germany, or Italy. Perhaps someone is from Russia or Croatia. But the weirdo of the group will be the American or Americans. We will answer New York, Texas, Los Angeles. The rest of the world refers to us as Americans, not Californians. Why don’t we?

And what are we going to do about it? I don’t know that there is some huge push we can make at this moment that is going to change our world overnight, but as hot rodders we can do something huge. Or at least huge for our sport or hobby. Tonight I’ll be giving my kids some homework, and I challenge each of you to do the same, regardless of where in the world you live.

The assignment: List 10 of your favorite Domestic vehicles, and 3 facts about each one’s impact at home. For me it’s going to American vehicles. For you it may be German, or Italian, or Czech. Wherever is home for you is what you should do. Maybe next week we’ll start having our kids do the same for other countries, and by the end of the year maybe they’ll each know a little bit more about where they come from and how their automotive heritage fits into the entire automotive World. Please feel free to share your kids results with us. Email them to me and I’ll use your name if you want or not if you tell me you don’t. [email protected] I’ll be posting my kids next week, good or bad.

This may seem like a strange thing to be discussing, or a weird thing to be assigning, but I truly believe it’s important. American icons like Baseball, Apple Pie, and Chevrolet are clearly dieing. Based on what my kids said, and we see everyday, young people in this country do not associate Chevrolet or Apple Pie with America. Baseball maybe, but not like those of us that are over 40. And certainly this is different depending on where you live in the United States of America, because some areas are clearly more patriotic than others, but it’s a sign and not a good one.

There are so many other things I want to spout on about and yet I keep coming back to the fact that we need to educate new hot rodders. We need to be taking them to car shows and races, and instead of just walking along drinking our beer and looking at the shiny red car, we should be sharing our knowledge. It’s not just for the good of our hobby or our sport, but also the good of mankind. Our cultures, whether automotive, food, or religious, are important parts of who we are and where we’ve come from. It’s the history of how we got to where we are now, and that is important for our kids to understand so that they can appreciate how great our countries, and our world, are today.

Autocross Photos: Sideways, Cone Slinging Action From The Route 66 Rendezvous This 1947 Cadillac Sedannette Drag Car Is Powered By A Cummins Diesel And It Goes 11s! (Video)