So, here’s what happened with today’s Rough Start: I made a crack in the report on the Mad Max vehicles about searching the Aussie Craigslist for a Valiant ute like the one in the picture for the story. In short order, John T. had sent me a notice that most Aussies don’t bother with Craigslist, but instead use a site called gumtree.co.au. I’ve been interested in Aussie cars since I saw a 1997 Road and Track article on the Holden Commodore that ended up being responsible for Bob Lutz thinking about importing one to the States, first as the horrid Cadillac Catera, and later as the Pontiac GTO.

I decided to bend my own rules on this one. Since I have no idea what the Aussie car market does, and since if you’re looking at importing a car or moving there, you’ll be all-in anyways, I searched like this: $5000AU total spent on a legal road car, private seller only. Must be manual, and have a really good argument for anything less than a V8. I made two searches: One for anything pre-1985, and one through current. Here’s what I found. 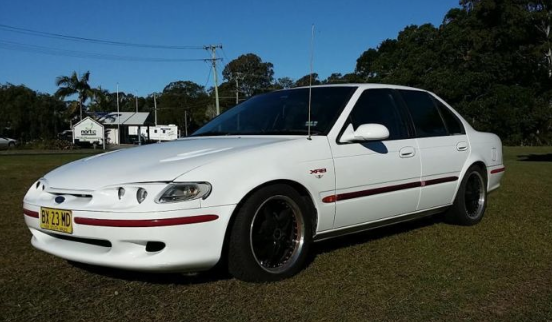 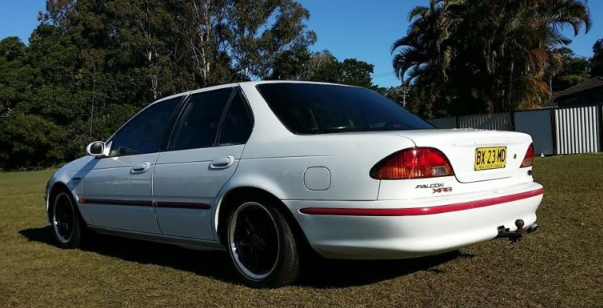 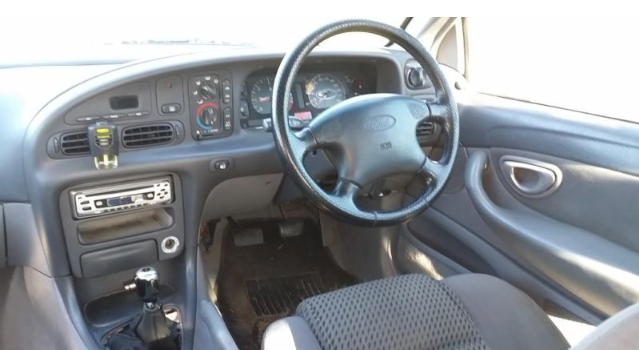 “Anything current” found me a (breathe in…) 1996 Ford-Tickford Falcon EL XR8 sedan (..and breathe out.) The last variant of the E-series Falcons, which had been built since 1988, the Tickford XR8 was the hottest variant, with a 268 hp 5.0L V8. That doesn’t sound great, but to put it into perspective, a ’96 Impala SS generally rates at about 260hp from the factory, so at the time it was a healthy thumper. The 5.0 used is the Windsor block, so anything goes when it comes to building it, too. Backed by a five-speed and running the power out of the back wheels, this Tickford would be a great daily driver for the money. The Tickford’s price was 4,599AU. Think about it: A five passenger four door sedan with a V8 and manual trans for affordable money. I might have a freakin’ aneurism. 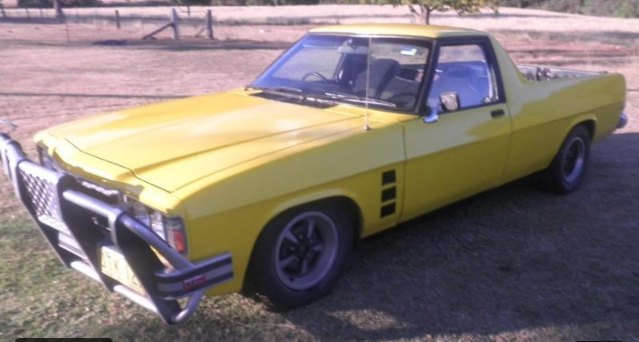 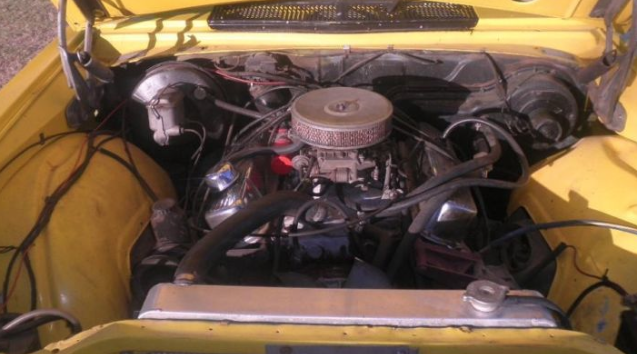 Now, for the builder car. Since I had found a decent Ford to drive, I figured I’d stick with the Aussie tradition and go for a Holden. Finding one I’d go for took a minute but I settled on this 1976 Kingswood HJ ute. It’s rough, but a runner. The 308ci V8 is present and accounted for, as it’s 3-speed manual trans. I’d have to ditch the bull bar and clean it up…and for everything holy, get rid of the orange-ish paint. The Kingswood’s price? 2,000AU. Leaves plenty of money to get it straightened up.

Now, one might be asking still about that Valiant Ute I mentioned earlier? Here’s the truth: I’m not fond of the Valiant Ute’s tail. If I’m gonna have a Valiant, it’s going to be a V-series Chrysler Valiant Charger. And I don’t even have to send to Australia for one. I know where one is at, lovingly maintained, with a 340 Six Pack sitting in the engine bay. The second I know that car is for sale, believe me, I’ll sell a kidney for it.

They ain’t XB GT’s, but they’ll do nicely. Where to next? Leave suggestions!

Richard Petty Brings 1967 Plymouth Stock Car To Goodwood To Make Beautiful Noise With Watch Mike Ryan's First Post Wreck Interview From Pikes Peak 2014 - How Did The Truck End Up In The Woods? He'll Tell You