(Photos by Steve and Gary Wilson – Wilson Motorsports Photography) – The Throw Down at T-town is one of the most hard core and bad ass door slammer races in the country. This year Steve Wilson and his brother Gary were shooting the race for Steve’s company, Wilson Motorsports Photography. Steve captured one of the most compelling and wild crash sequences we have ever seen. The photos features the 10.5-tire Camaro of Jason Brown getting crossed up, sideways, and ultimately into the wall at a very high rate of speed. Brown was OK after being checked out at the hospital, but his car was completely mangled. The 16 photos that  make up this sequence capture the heart stopping wreck in a near flip book fashion. As much as we see video of crazy passes, wrecks, wheelies, etc, there’s nothing like some kick ass still photography to glue us to a screen.

This was the opening round of eliminations for Outlaw True 10.5 on Saturday and Jason was in the second pair down. Track temp was around 130 degrees/ambient air temp was 88 degrees at the time. He got out of the groove, stayed in it a little too long (obviously) and couldn’t collect it. He crossed from the left to the lane, missed his competitor by a few feet and took a head-on shot into the rt side concrete. Upon impact it pushed the entire drive train back 6-8”, snapped the drive shaft and spun the car 6x until he hit the breaks to bring it to a stop. Minus some bumps and bruises Jason walked away from the crash.

There are a series of 14 pics my brother took from the 330’ mark and 2 that I took from the top end with my iPhone (I rode down with the crew when the wreck happened and left my cameras on the line).

A little about the car/driver:

1995 Camaro, true 10.5 car w/ a nitrous-fed BBC. Jason is based out of the Mt. Vernon, Mo. area and races is the Oklahoma True Ten 5 series, among others throughout the Midwest.

Here are the photos: 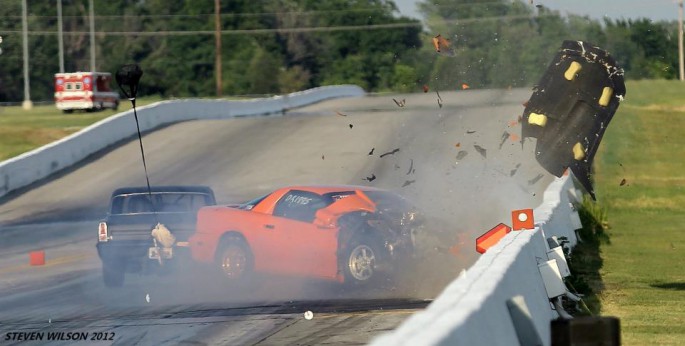 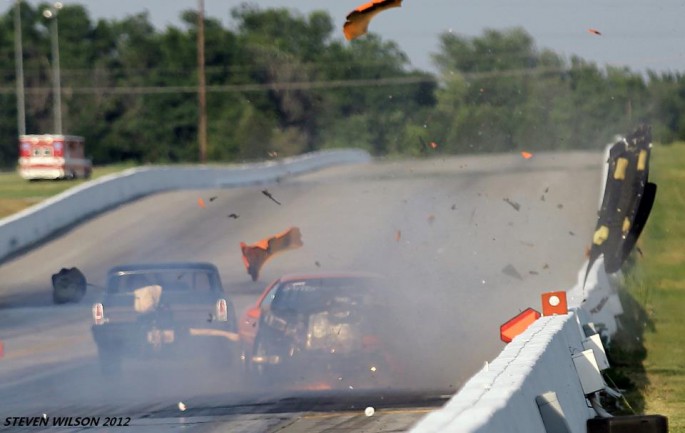 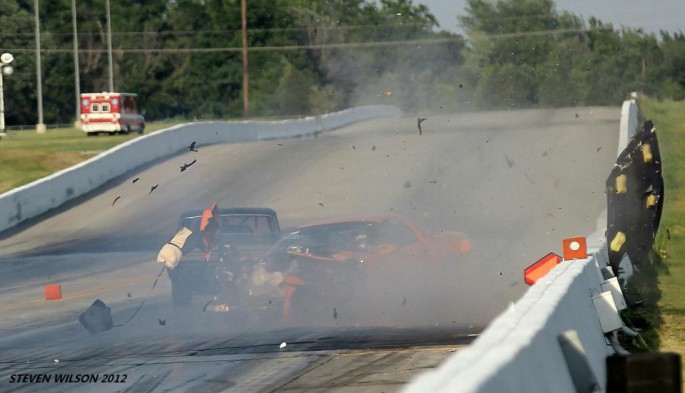 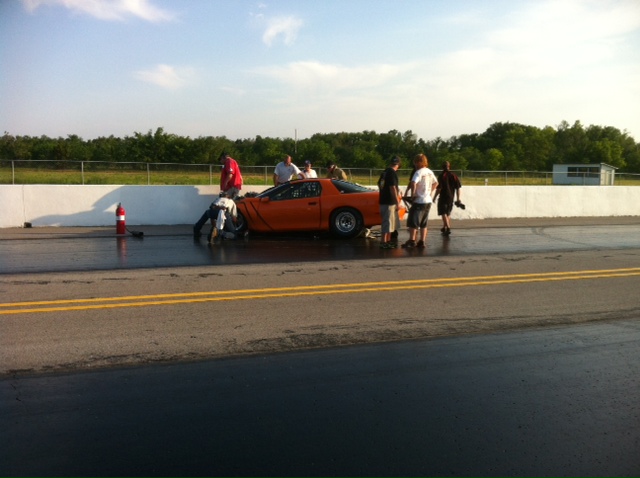 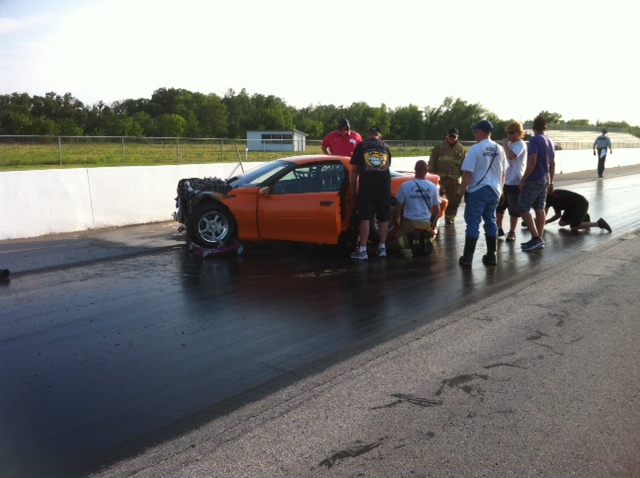 4 thoughts on “Drag Wreckage Photo Sequence: Jason Brown’s Massive Wreck From the Throw Down in T-Town”