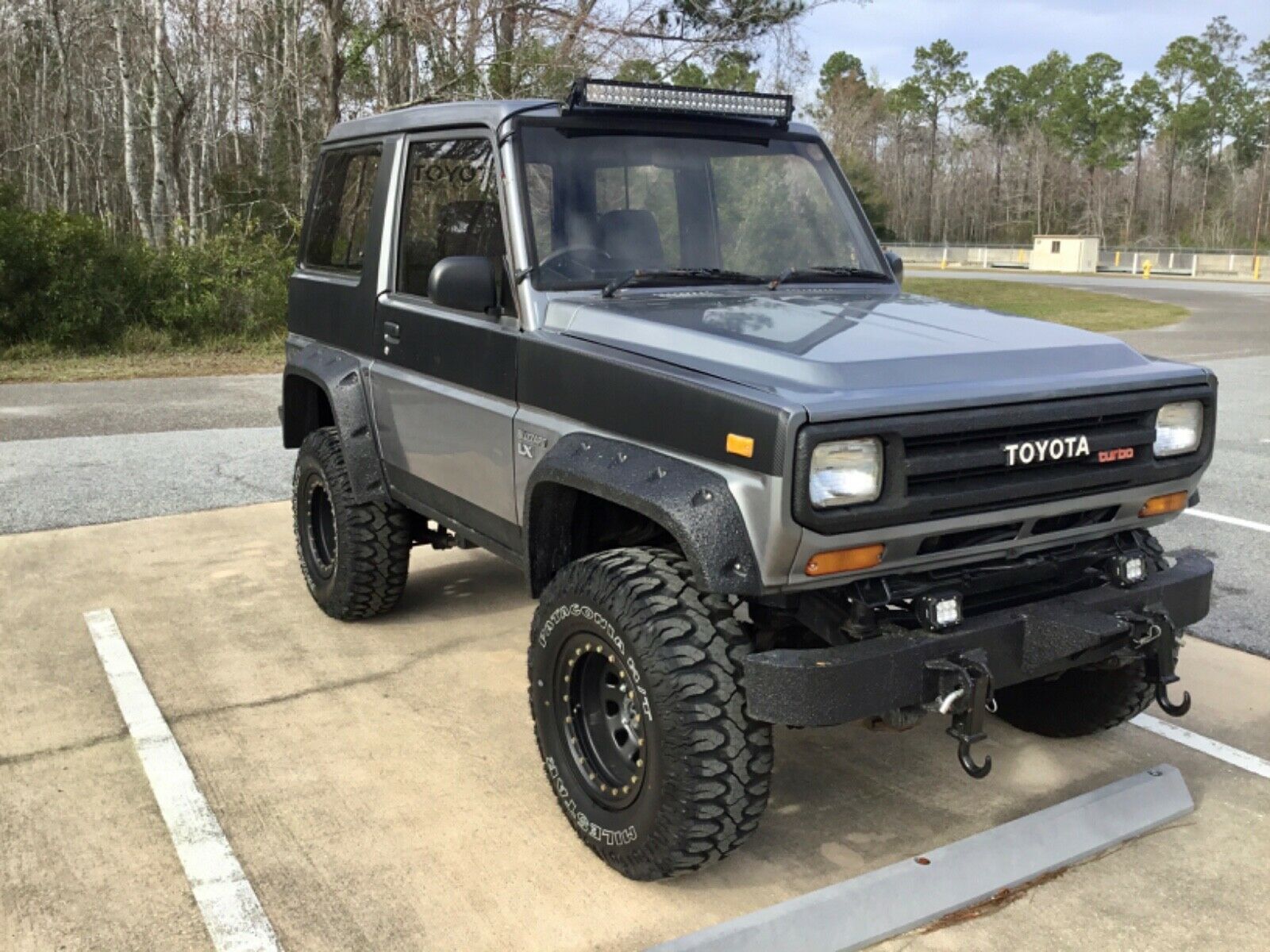 I won’t lie, I looked at this pictures of this 1989 Toyota Blizzard for way too long, trying to figure out what I was missing. It certainly wasn’t a Land Cruiser, way too small and unlike any I’d ever seen before. It wasn’t a Prado, that was bigger than this thing too. And that dash…I’ve seen that dash somewhere before, but there is no way in Hell that’s a Toyota dash layout. What is this thing, this off-brand Suzuki Sidekick-meets-Bronco II looking thing I’ve never seen before? 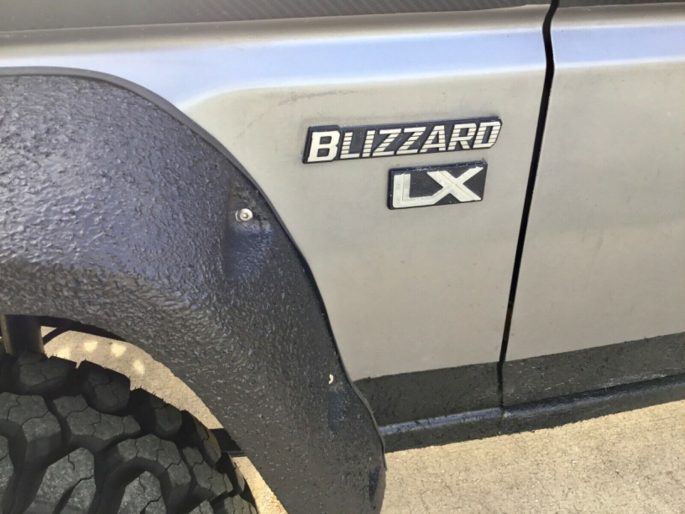 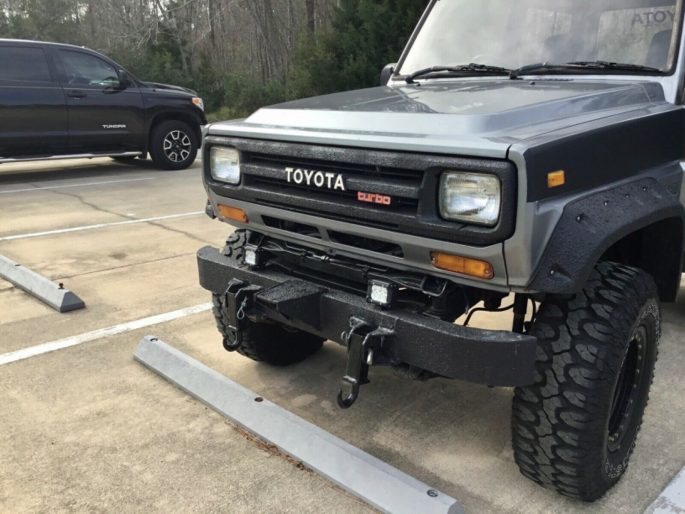 The Toyota Blizzard is a rebadged Daihatsu that Toyota has been slapping their names on since 1980. Based on either the Daihatsu Taft (1980-84) or the Rugger (1984-90), the Blizzard is simply a small, thin, cheaper off-road biased vehicle that competes with the Isuzu Trooper, Mitsubishi Pajero and the earlier Nissan Patrols. In fact, you’ve probably seen a similar vehicle for sale in America: the Daihatsu Rocky. Blizzards use a 2.4L Toyota turbodiesel that puts out somewhere around 90 horsepower and 139 ft/lbs of torque and…well, there’s the freak factor of a right-hand-drive SUV that nobody has seen in the States before. 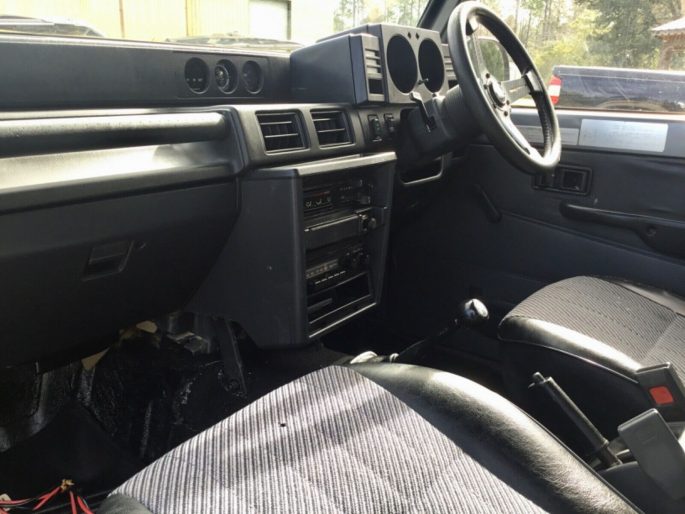 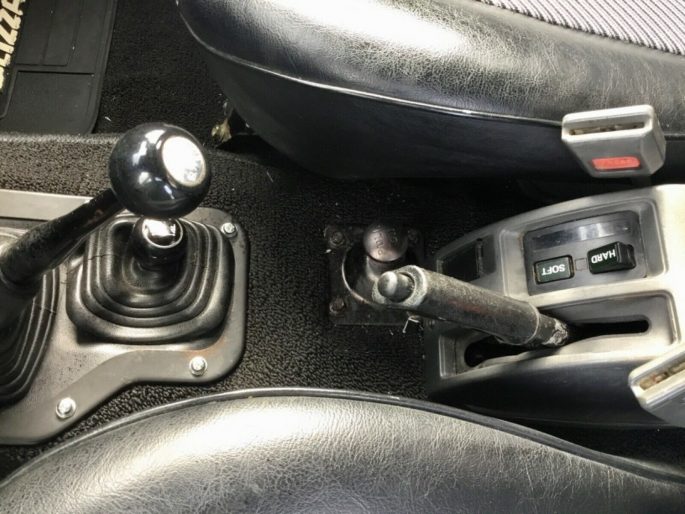 Other than the JDM reach, though, why would we even look at a rebadged Rocky? The same reason people are paying good money for Geo Trackers and Suzuki Samurais: they are competent little machines that get the job done. All they need is a little bit of an attitude adjustment and some good tires and they’ll go and do just as well as a bigger truck, sometimes even better thanks to lighter weight. That, and we’re digging the stripped-down, no B.S. setup. We miss that in a good work rig. And you might be interested in the factory option PTO drive. 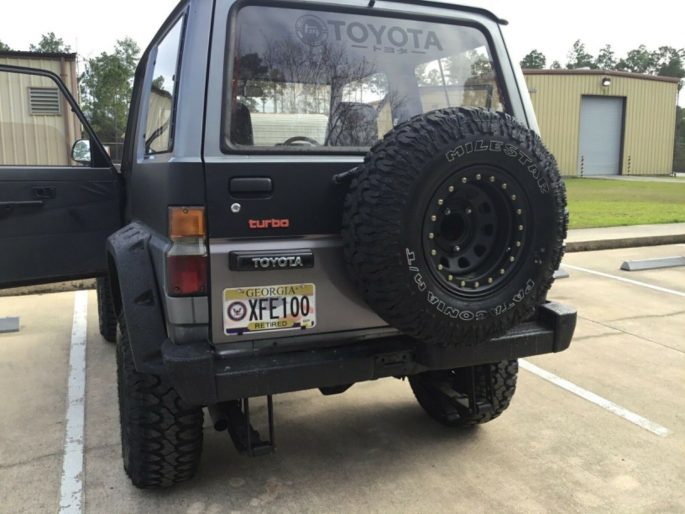 3 thoughts on “Blizzard Warning: 1989 Toyota Blizzard – What Happens When Toyota Taps Daihatsu For A Mini-Land Cruiser!”