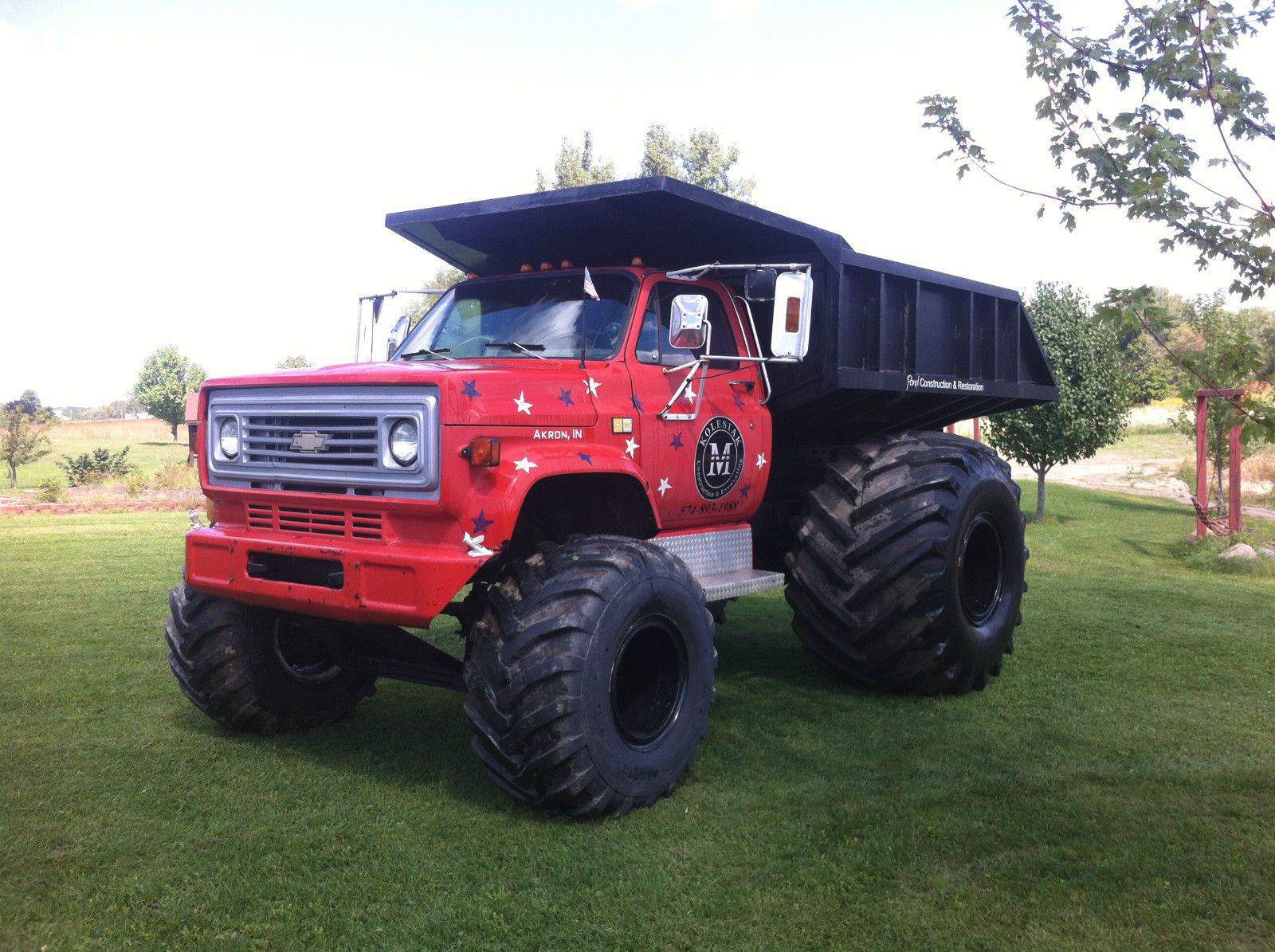 This was just too cool to pass up. Oddly, I found it while hunting mid-80s El Caminos, so someone at eBay has a sick sense of humor. This is a 1981 Chevrolet C-series dump truck with all of the modifications required for working off-road in wet conditions or in places where having a gigantic footprint is a really good thing, like loose soils and sand. I’m not paying attention to any of that…this thing looks like the adult-sized R/C Truck that I dreamed of as a little kid. I don’t exactly share Brian’s obsession over trucks, but this is one I could certainly get behind. It’s a damn shame that the truck technically isn’t street legal, because bringing the kids to school one day in this rig would certainly get Mrs. Smith’s Lexus SUV moving out of your way in a hurry. 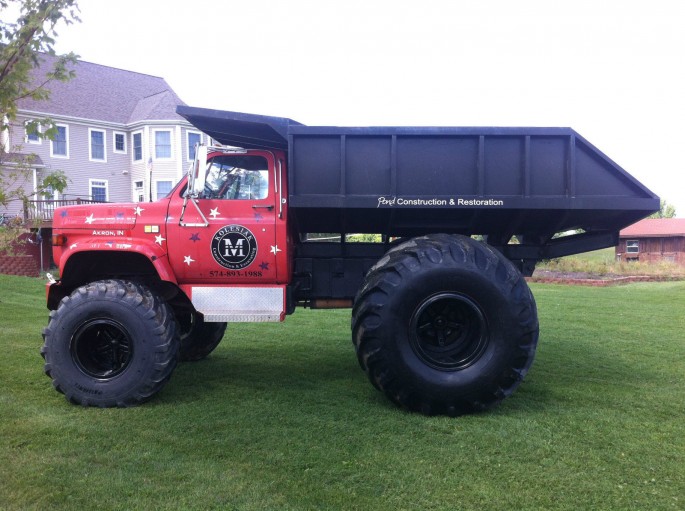 The truck is powered by, of all things, a 350. Really? A small-block Chevy? One of two engines needs to be in this truck: if you’re truly work-minded, ANY diesel worth mentioning. But I’m not a rational human being in the least. I want a 468 breathing with an iron lung on top shoving tons of torque through the 8-speed manual transmission and out to those 66″ tires in the back. This would screw with some heads at the local mud bog, wouldn’t it? 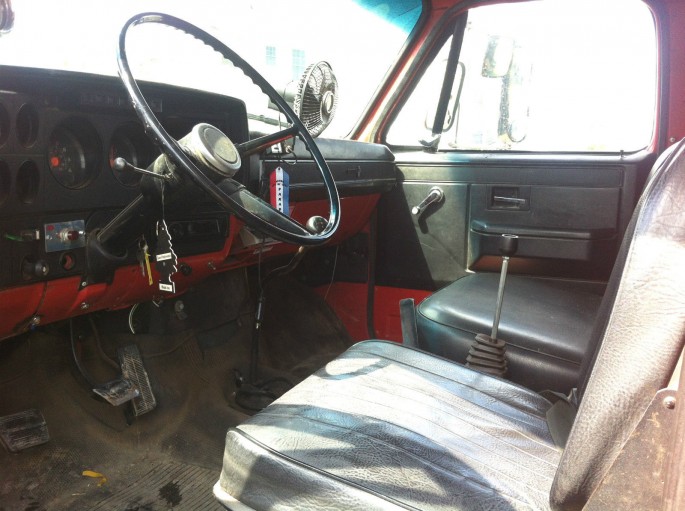 The truck is on eBay, and the current bid is $4,500. I know it’s the least-rational purchase I’ve put up in…well, um…at least the last week. But c’mon…gigantic dump truck! To hell with rationality, it’s time to go mess with commuters. You know you want to… 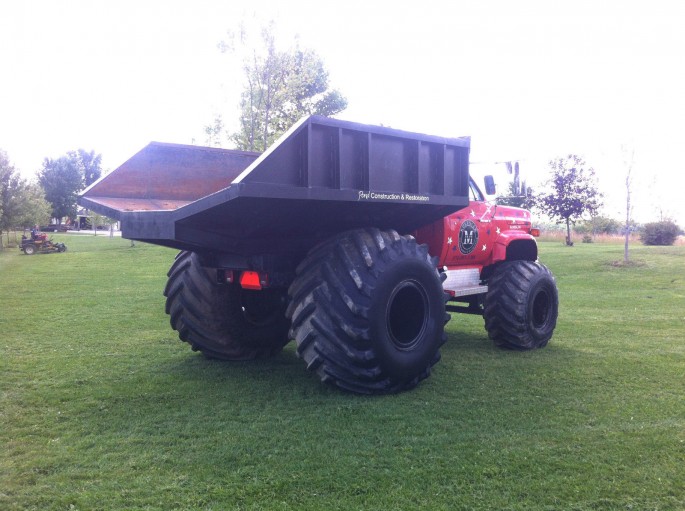 Crash And Burn: Tim Bell Loses His Brakes At Circuit Of The Americas In Austin, Texas More Auction News: The "Easy Rider" Chopper Is Headed To The Block