The Law-Abiding Brick: This 1969 Plymouth Satellite Cop Car Is Neat, Even Without The Cop Stuff On It 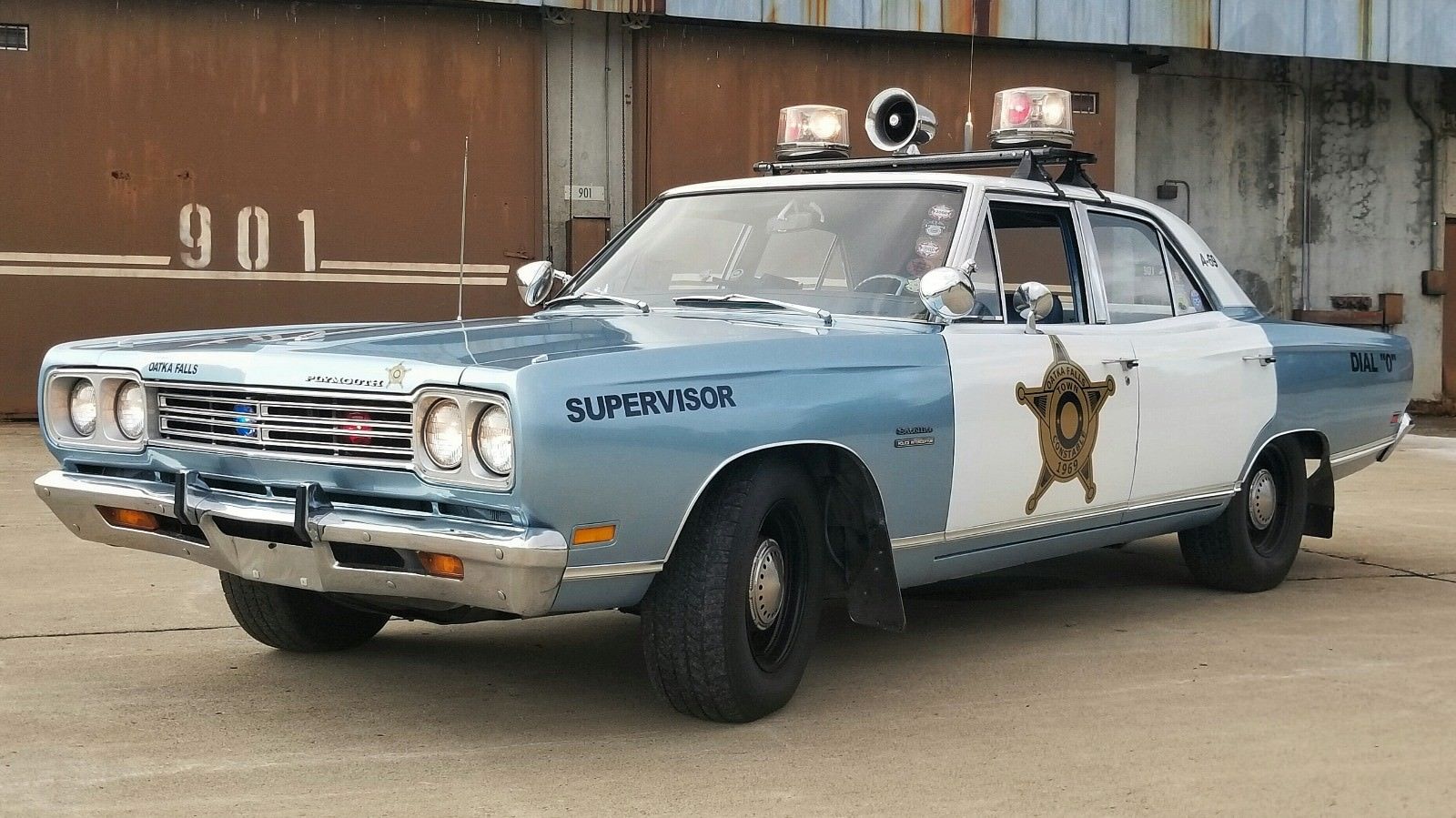 Old cop cars rule. It used to be that the ex-police car was the one you wanted because it had all the goodies that could get thrown at a car: the engine, the brakes, the suspension…all of it. So long as you didn’t mind two extra doors and a couple of random holes drilled into the body, an old cop car was a cheap way to a bucketload of fun. Still is, in fact…Crown Victorias, Chargers and Caprice PPVs are being flushed out of service and are finding new lives as stealthy bombers, just like Caprices, Diplomats, Furies, Impalas, and Polaras of years before did. Chrysler might have taken a break for a few years until the Charger came back as a four-door, but up to 1989 they were a solid player in the police package game. Between the legendary 440-powered machines of the late 1960s and 1970s and the Diplomat/Gran Fury twins that were everywhere in the 1980s, Chrysler’s reputation for a good cruiser was pretty well established. Ask anybody whose heart lodged in their throat when they saw a Coronet with lights ablaze in their rearview mirror. 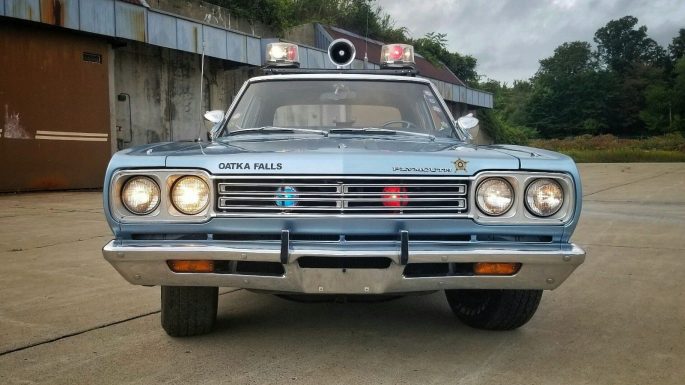 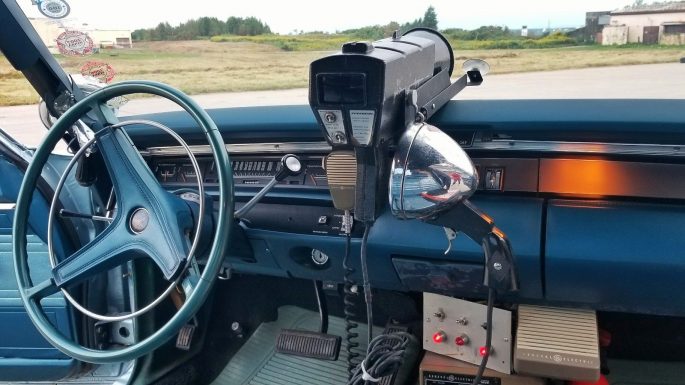 This 1969 Satellite might have you thinking “four-door Road Runner” and we can’t blame you for that at all. Plymouth’s ode to cheap performance is so rooted in musclecar culture that many a Satellite or Sebring got converted to look like the Beeper over the years. But there is a pleasing simplicity to this Satellite…if you can visualize the car without the gumball lights, the lattering and the honkin’ siren on the roof. This isn’t a dolled-up hot rod…this is a 318-powered workhorse that had a restoration done a few years back. Some things aren’t perfectly correct, like the hubcaps (too new) or the Ford-sourced “Police Interceptor” badges, but even if the Plymouth’s backstory is questionable, the idea behind the car isn’t. Picture the car scrubbed of it’s lettering and emergency equipment, painted that light blue completely. Find the correct dog dish caps, upgrade the brakes and drive the machine. Think of it as an unmarked cruiser more than a patrol car and it starts to really come to life.

Or maybe it’s late and I’m having delusions of grandeur. Either way, you don’t see many restored four-door B-bodies, anywhere. 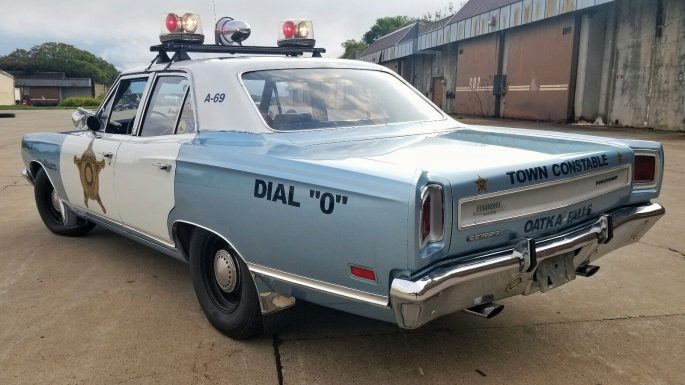 Think Watching Off-Road Trucks Race On A Road Course Is Weird, Watch This! Gluttons For Punishment: Go For The Ride-Along With Alex Roy And Zach Bowman On Their 2015 Morgan Cross-Country Jaunt!

2 thoughts on “The Law-Abiding Brick: This 1969 Plymouth Satellite Cop Car Is Neat, Even Without The Cop Stuff On It”