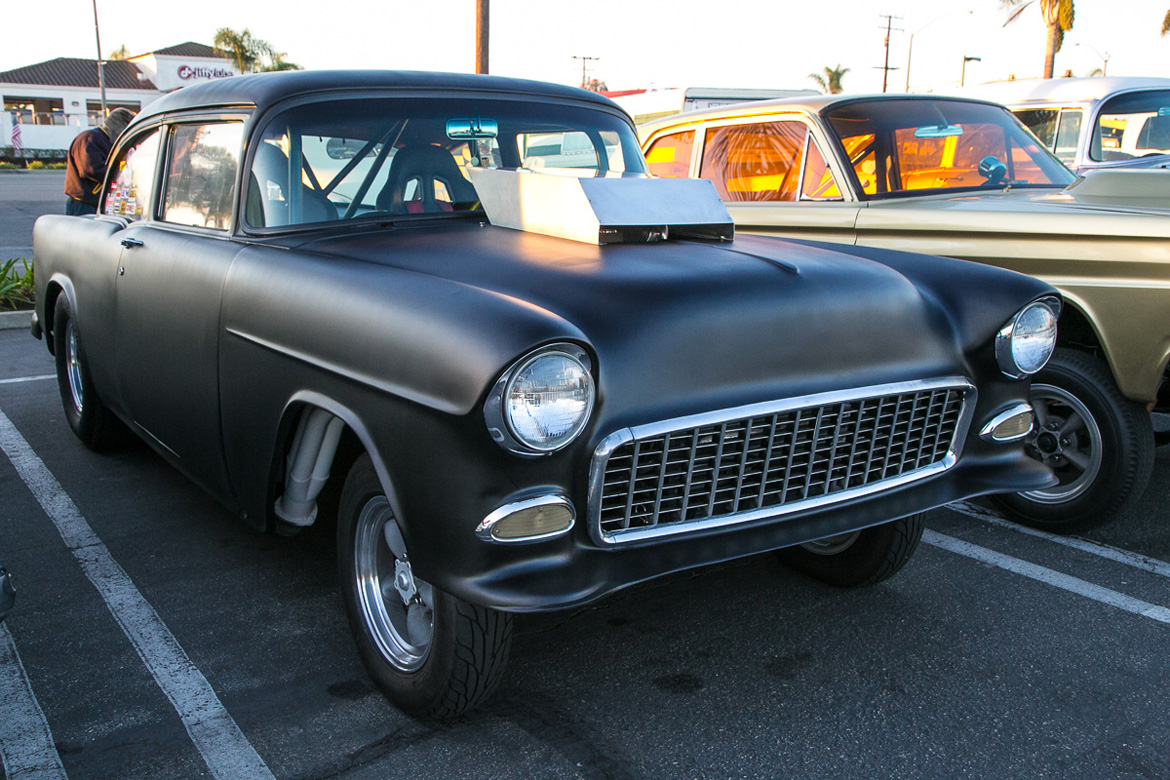 We’re back with our second and final glimpse into the first Donut Derelicts gathering of 2015. It was a cold morning in Huntington Beach, California when we got to the parking lot where the famed sunrise cruise-in happens. Guys probably wanged off the neighbors a little more than usual that morning by having to get their stuff up to temperature before rumbling it down the driveway at the crack of dawn. Having lived up here in New England and driven carb’d stuff for the majority of my life I know from experience the feeling of having the car shatter the morning silence and then staring at the temp gauge waiting for it to start moving or hoping that the motor wasn’t going to sneeze when you were gingerly heading down the street so the old lady next door didn’t smack you with a broom.

All those “hot rodder problems” aside, it was a great turnout. Our personal favorite car? Definitely the Comet below. Done perfectly with a straight axle, inner headlights removed, four point roll bar, narrow cheaters bolted to the back, and orange tinted glass, this is absolutely awesome. We’re hoping that there is a screaming and really angry 289 in there or better yet a rumbling and tire shredding 427FE. As long as there is a man pedal involved and a shift lever, we don’t care what it is. That’s just a great car!

Now, this stuff wasn’t the only show going on across the country last weekend. We have Charles Wickam stuff to show you today that’s from a very different segment of the hobby than we saw at Donut Derelicts. Let’s just say that straight axles are only found in the back of the cars that Wickam was hanging out with. Stay tuned! 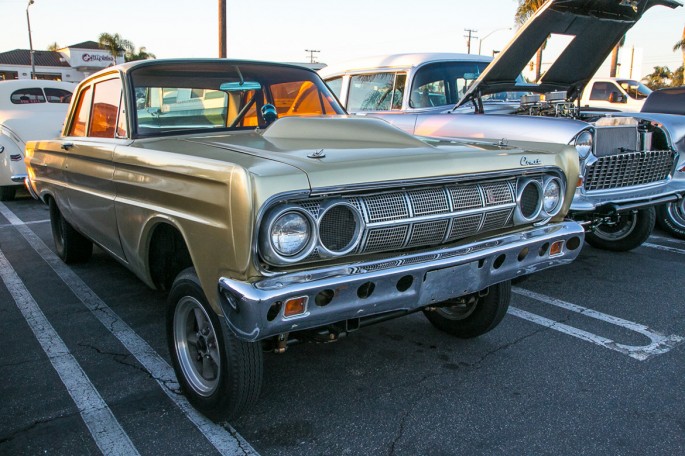