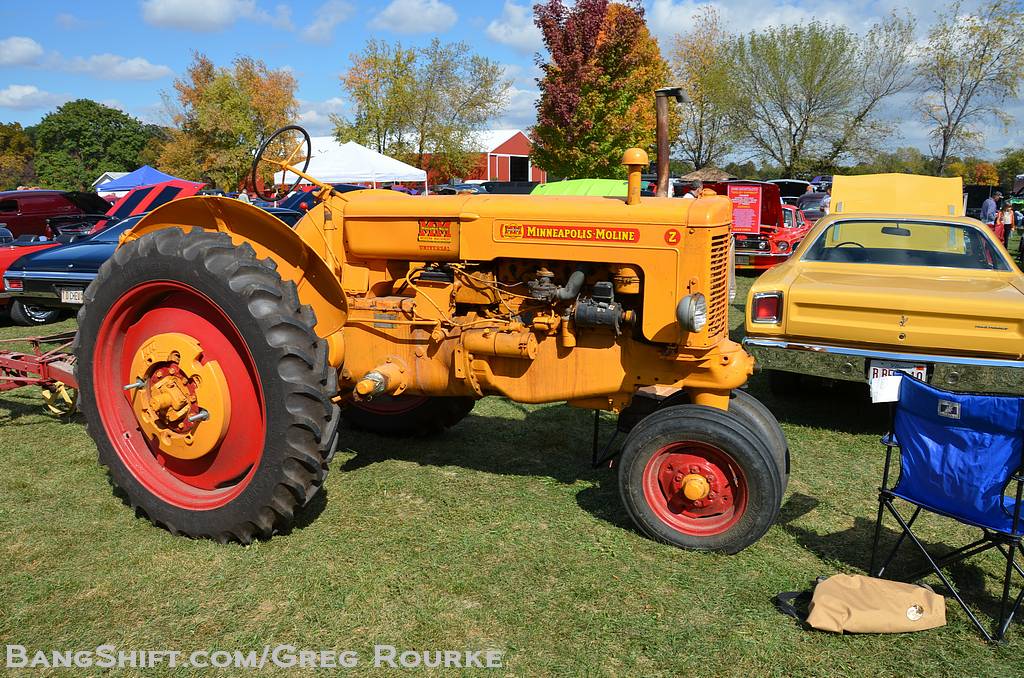 (Photos by Greg Rourke) – It has been too long since we’ve unleashed some good old fashioned tractor and old engine goodness. Greg Rouke is a man after my own heart as he took the time to photograph the cool tractors, equipment, and old engines at the Lyon Farm show. While Chad may break my chops about my affinity for tractors, hit and miss engines, and things powered by steam, those crude (by today’s standards) machines helped to drastically change the way our country grew, how we fed ourselves, and how many farmers were horribly maimed and killed in awful ways. That last part was not meant to be flippant, it is true. “Safety guards”, “OSHA” and “warning labels” were but a gleam in someone’s eye when these things were being used. Hell, look at the photo below with the dude using the sawmill mounted on the front of the tractor! That is a bonafide man eater!

Hit and miss engines, as quaint as they seem now, revolutionized work on farms and in small shops because they would run for hours and hours on end, their flywheels spinning belts that ran small machines or mills or other apparatus. They are marvelous to watch with their exposed valve train and irregular firing. The big opening you see on the little engines up front? Yeah, that’s where you dump the gasoline into them and it sloshes, bubbles, and froths as the thing runs. Safety? That wasn’t invented yet. I LOVE this stuff!

Hit the link below to see some old timey mechanical coolness from Greg Rourke! 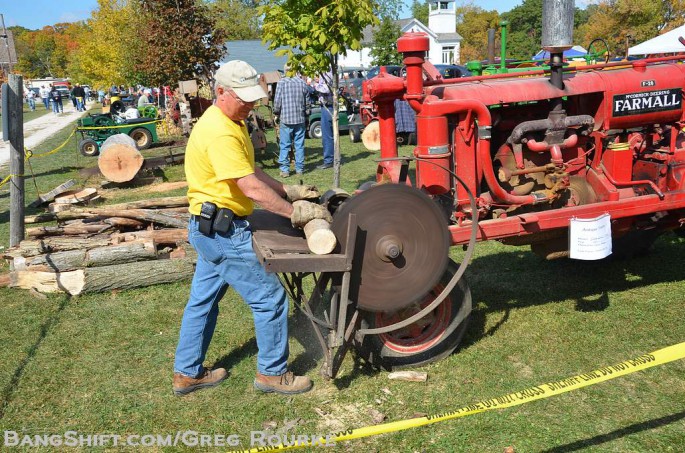 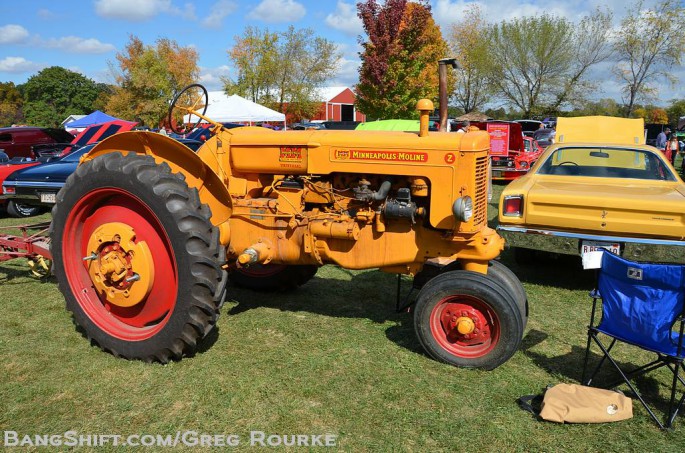 One thought on “Gallery: The 2012 Lyon Farm Antique Tractor and Engine Show – Exposed Moving Parts Inside!”