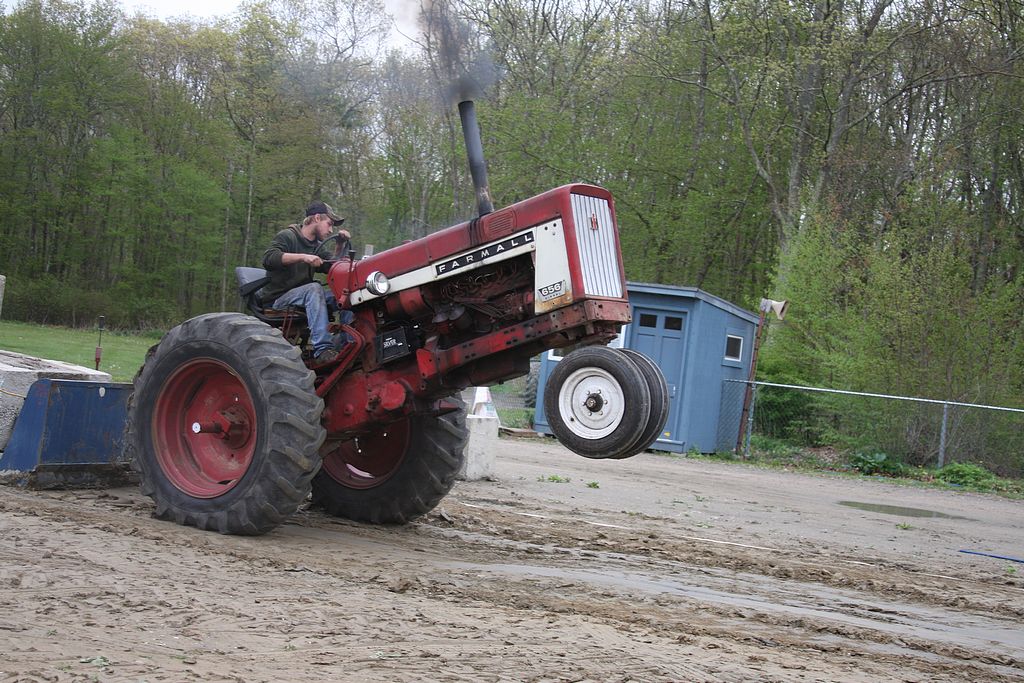 There’s not much like a good old fashioned farm tractor pull to satisfy your gearhead soul. It is the most basic form of mechanical competition on Earth and it is the internally combusted evolution of the horse and oxen team pulling contests farmers have been competing in for hundreds of years. Yes, there are more exciting forms of pulling that feature massive multi-engine machines, blown alky engines, and thousands of hosewpower, but to see old farm tractors worked to their absolute limit is the purest example of the sport. With no entry fee, a collection of maybe 30 tractors, and a few dozen spectators including my family and I, this was the epitome of grassroots fun.

The meet was put on by the New England Antique Truck and Tractor Association and one of the coolest things that struck me was the fact that so many of the drivers were teenagers and guys in their early 20s. Hell, in the staging area they were texting one another! The dichotomy of seeing a 20 year old kid on a 60 year old tractor texting his pals was not lost on me at all. This was not the grey beard society, far from it!

I plan on hitting several more pulls before the year is out, so take this first gallery as an opening shot. Seeing these old beats get down it work and drag the sled is a great, laid back way to enjoy a Saturday night. My wife even made mention that she wouldn’t mind seeing one of the greasy relics roaming around our yard again. Hmmmmmm.

Hit the link below to see some cool old tractors working hard on the pulling course! 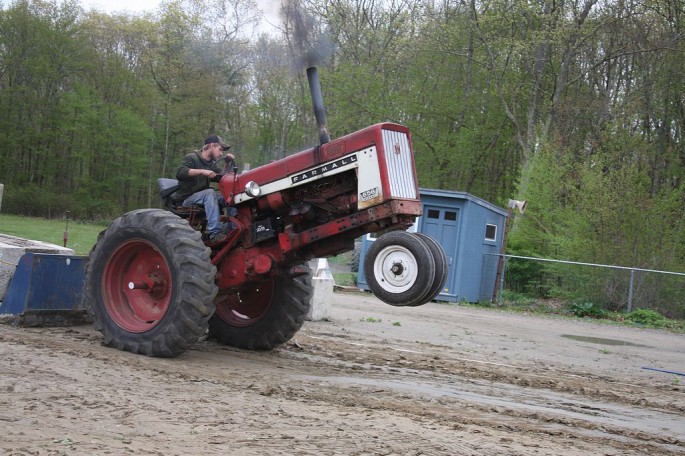 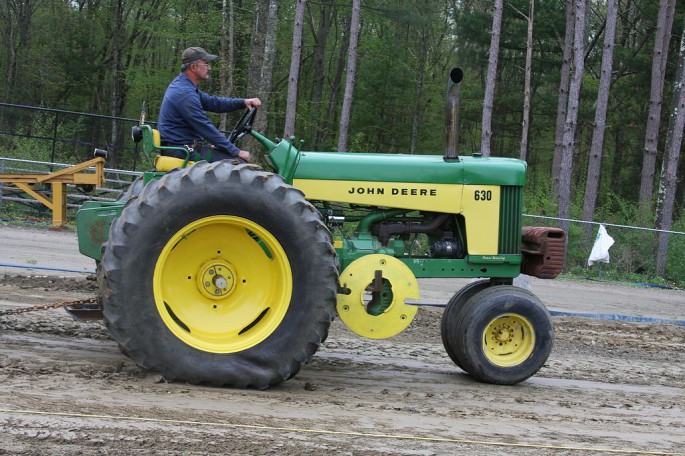