Earlier this week we brought you a few photos of stuff that was either hideous, showed some glaring safety issues, or was too weird for a non-profane description. Consider this the yin to that yang as we’re going to show you some of the junk that is weird, but in a good way. From trucks wearing tires from bizarro world to twin turbos on completely obsolete engines, this is a small peek at some oddly cool stuff at SEMA 2011! 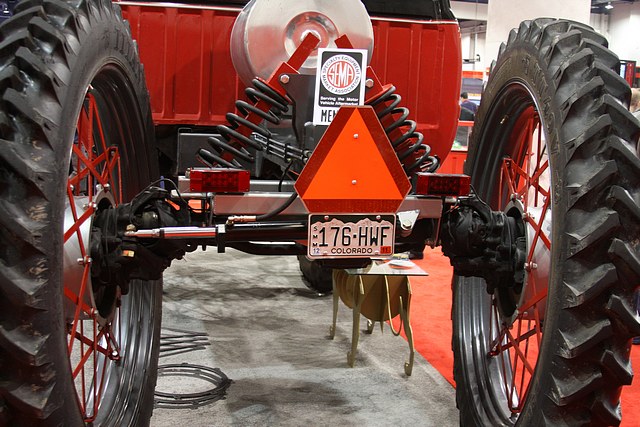 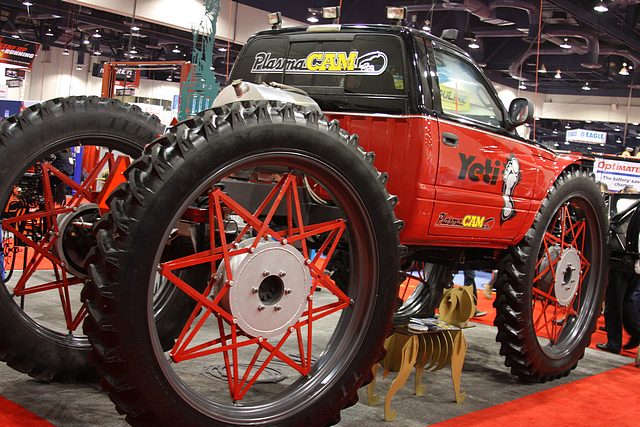 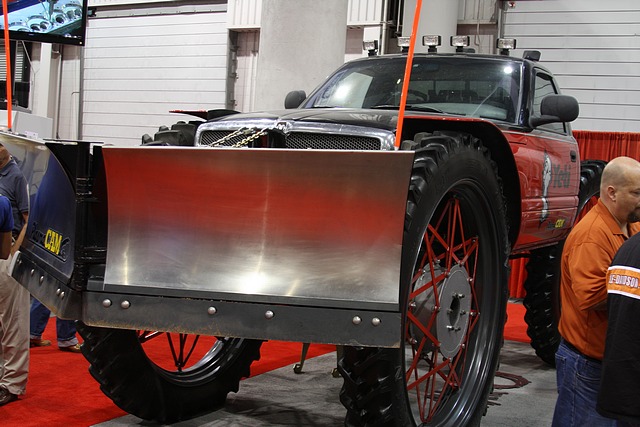 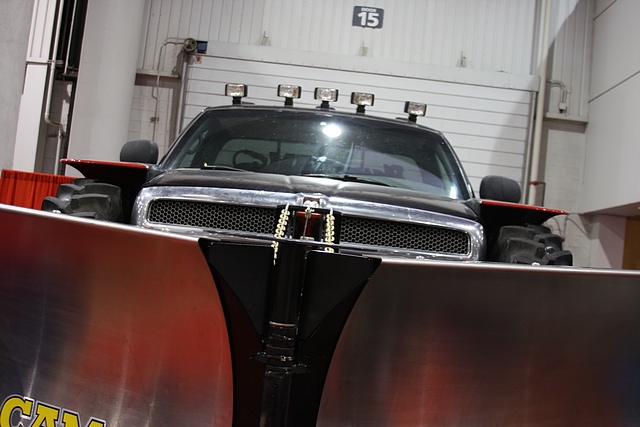 How about a Ford Y-Block that has been stroked and now wears twin turbos?! No horsepower numbers are available on this one, and we have not seen the owner, but we are thinking that this is the most powerful Y-Block engine in the world. 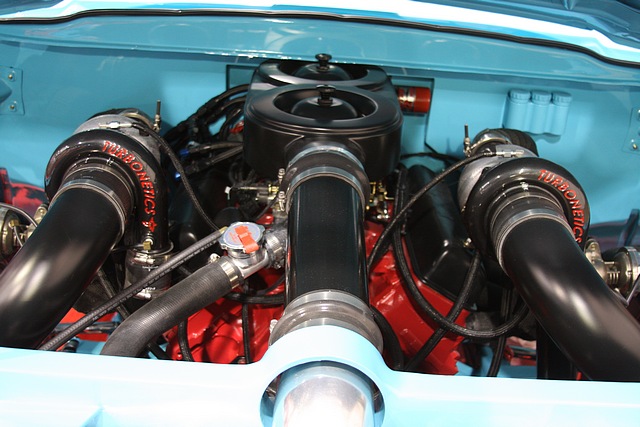 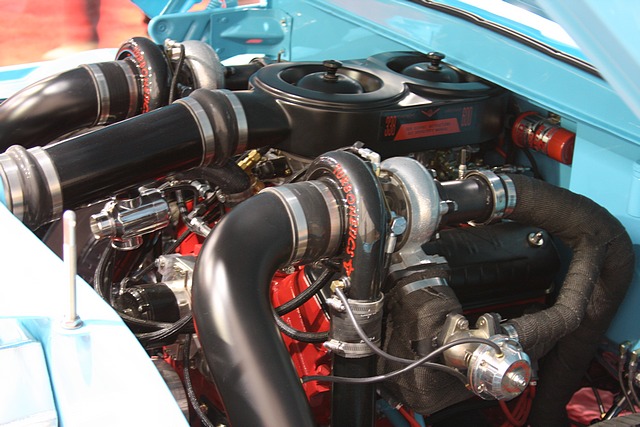 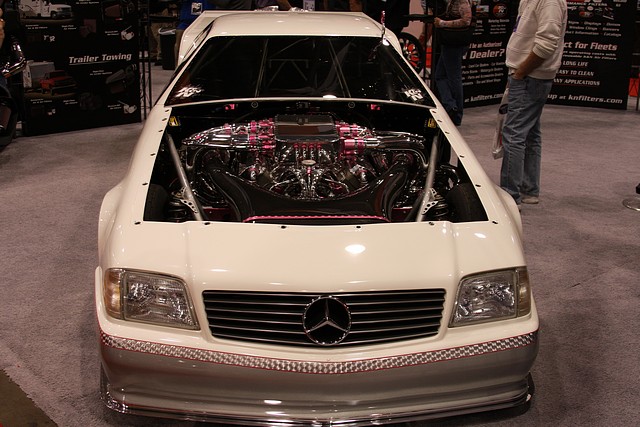 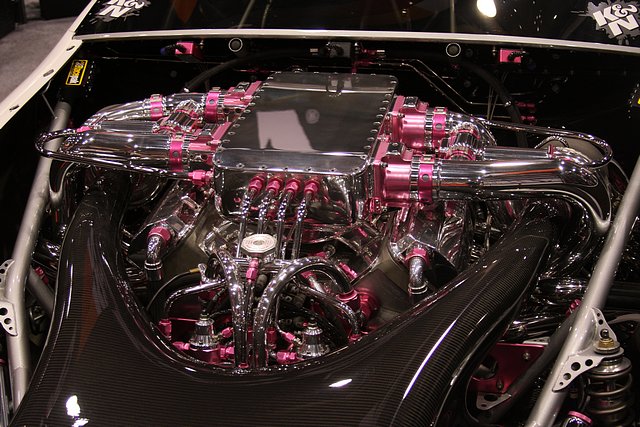 This dually wears 26-inch wheels and rubber band tires. Normally we would be ragging on this thing to no end, but we think it looks evil and cool. Ford thought so too, they gave this truck a design award. 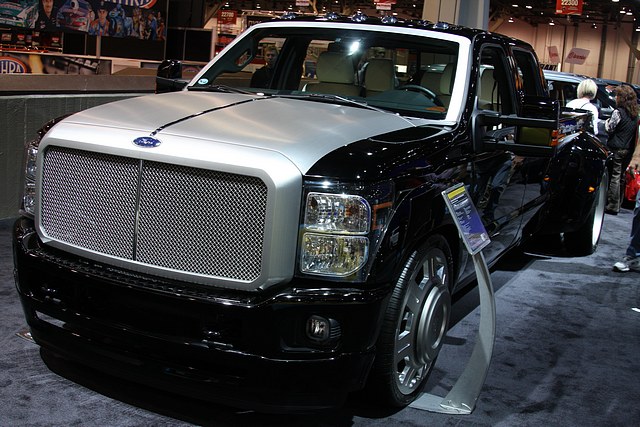 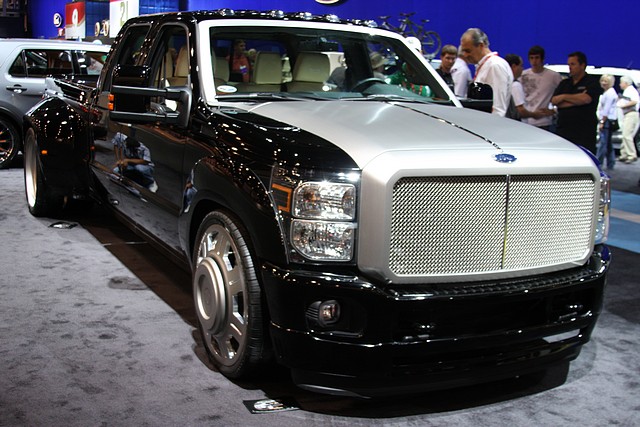 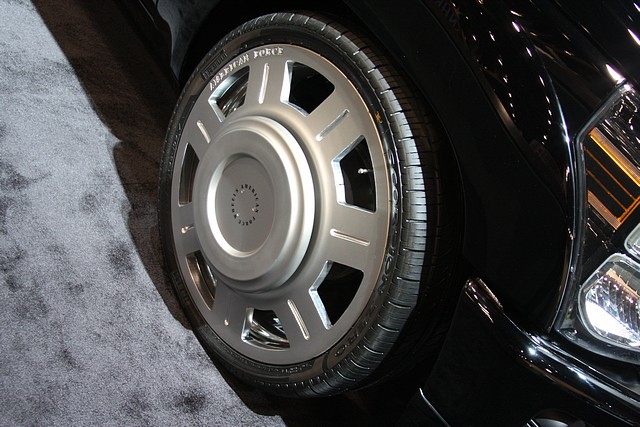 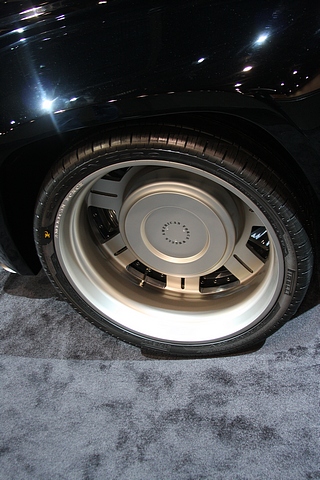