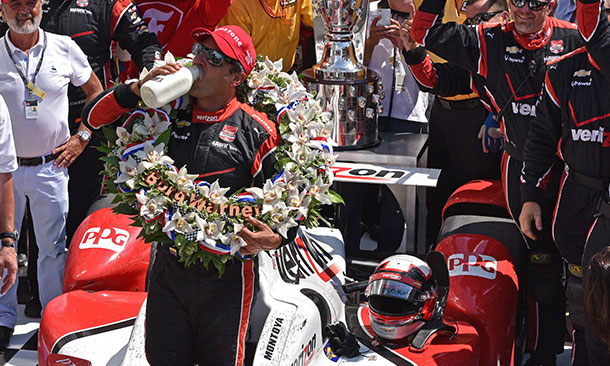 The biggest weekend in motorsports has arrived and the truly dedicated and/or insane racing fan can, if he or she desires, spend almost the entire weekend watching racing. As with any weekend from about May to August, there’s actually enough motorsport to keep anyone occupied for an entire weekend, but we’ll only focus on the big ones. For example, Pirelli World Challenge (GT racing), the World RallyCross Championship (closed-circuit rally), and the Shannons National Championship in Australia (a bit of everything in road racing) are all in action this weekend with free web coverage if you want to really keep the party going. Without further adieu, here’s a quick look at who’s in action this weekend and how you can follow the races.

The 100-mile Indy Lights race kicks off every 500 weekend, although the state of Indiana if brimmed with oval racing for the entire week leading up to the 500-miler. The Indy Lights field appears to be faster than ever with Zach Veach unofficially clocking at least one lap at more than 200 mph. The cars are nothing to scoff at and while the cars don’t have quite the same mind-numbing speed as their bigger brothers, the 450-horsepower Lights cars are nothing to scoff at. The lunchtime race is worth a watch if you can catch it, as the 2013 and 2014 editions of the Freedom 100 both had insane photo finishes (see above).

If you feel like making an entire two-day slog out of the weekend, you can start by streaming the ADAC-Zurich 24 Hours of Nürburgring. As the name implies, this is an entire day of non-stop racing on the famed Nürburgring Nordschleife in Germany. The only thing more intimidating than the Green Hell is surely an unlit Green Hell in the depths of the night with the always-looming possibility of rain in the back of your mind.

A number of Audi R8s have looked good during the VLN’s regular Nurburgring endurance races, but the driver lineups are so deep in the entire GT3 field that you really can’t pick a favorite. It’s always a battle of attrition at the Nordschleife, but this one should get the checkered flag around the time the race in Monte Carlo gets underway.

I’m not sure there’s a broadcast of it stateside, but the World Touring Car Championship races ahead of the 24-hour race and last year’s WTCC race at the ‘Ring was the best the series has had in years. If you can catch it somehow, make it a priority. 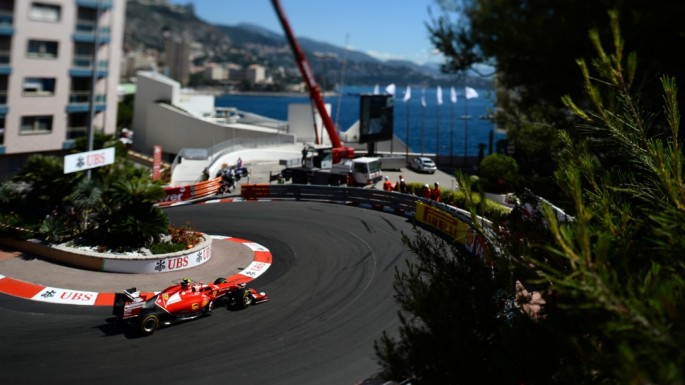 Yes, the world’s most glamorous race falls—as it has for a few years now—on the same day as the Indy 500. The clear Mediterranean waters of Monte Carlo has all the glitz and glamour of what is certainly the most unique track on the F1 calendar. Mercedes has more or less owned the championship for the last three years and current F1 points leader Nico Rosberg has taken the win at Monaco all three of those years. His teammate and rival Lewis Hamilton is likely his biggest challenger, though he’s struggled thus far this year, and with only one career win at Monaco and Rosberg outshining him in 2016, Hamilton will want this one badly.

This also marks the first Monaco GP for American team Haas F1, who have finished in the points regularly, no small feat for a first-year team. Haas driver Romain Grosjean has all of those points, but his teammate Felipe Nasr scored a Top 10 finish at Monaco in 2014 with an underperforming Sauber team.

Whatever else happens, it’s a fair-enough excuse to pop the champagne cork while eating your Sunday BLT breakfast.

This is the big one, the 100th running of America’s biggest race, an event that is still considered the world’s biggest single-day sporting event in the world. Something like a quarter-million people will fill Indianapolis Motor Speedway with beer-soaked cheers, only to be drown out by 33 open-wheel cars screaming around the Brickyard at more than 230 miles per hour. The speeds are simply incredible and this being a monumental race, every driver will want this win.

After a few seasons of domination by the Chevy engine, the Hondas have looked to have the upper hand at Indy. James Hinchcliffe has returned to Indy with a vengeance after nearly losing his life during practice for the 500 last year, putting his Schmidt Peterson Motorsports Honda on pole. You can also expect solid efforts from Andretti Autosport drivers like Ryan Hunter-Reay, Carlos Munoz, Townsend Bell, and of course Marco Andretti.

Josef Newgarden starts from the middle of the front row in the best of the Chevys with his #21 car from Ed Carpenter Racing. Like Hunter-Reay, who starts on the outside, Newgarden is the charismatic young driver that IndyCar really needs. Penske Racing will run their 50th Indy 500 and will unfortunately have their worst qualifying in a few years with Will Power starting 6th. His teammates Helio Castroneves and IndyCar points leaders Simon Pagenaud start on the row behind with last year’s winner Juan Pablo Montoya starting almost square in the middle of the field at 17th. Scott Dixon is the highest-qualifying Chip Ganassi Racing car with a 12th-place start.

The sentimental favorite is surely Stefan Wilson, whose brother Justin was killed in an accident at Pocono Raceway last season. Stefan is no slouch and has been around the IndyCar paddock for years, often driving the two-seat IndyCar, and while he starts back in the pack, many fans will cheer the loudest for the #25 car. Justin Wilson’s short-notice replacement driver in 2015 was Oriol Servia, a wily veteran who will start 10th. Servia remains another crowd favorite and is always a dark horse for the podium.

Of course, Indy is nothing if not unpredictable so take any predictions with a grain of salt. With the 100th running this year, expect extra doses of both fanfare and drama. 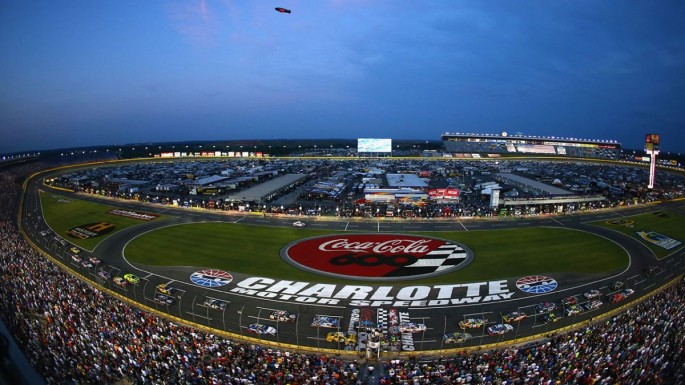 NASCAR’s long grind at Charlotte Motor Speedway follows the Indy 500. Unfortunately, nobody is running the 1,100-mile “Double” this year, but the race at CMS tends to put a nice cap on a weekend of racing. Even if you drift off mid-race to the sound of 40 healthy V8s ripping around the North Carolina track, you’ll be having sweet dreams of gutsy overtakes and a weekend of drivers teetering on the very edge of control mere inches from other driver doing the same.

On the big stage, nobody’s done better than Jimmie Johnson with four Coke 600 victories, including three in a row from 2003 to 2005. He has seven total victories at CMS and would love to add to that total. Ironically, Kyle Busch has never won a Sprint Cup race a CMS and the defending champion is on a tear this year. Dale Earnhardt Jr. is also winless at Charlotte, as is Denny Hamlin. With 13 Top 10 finishes in 21 starts, Hamlin’s elusive win seems like it probably come. Why not this weekend?