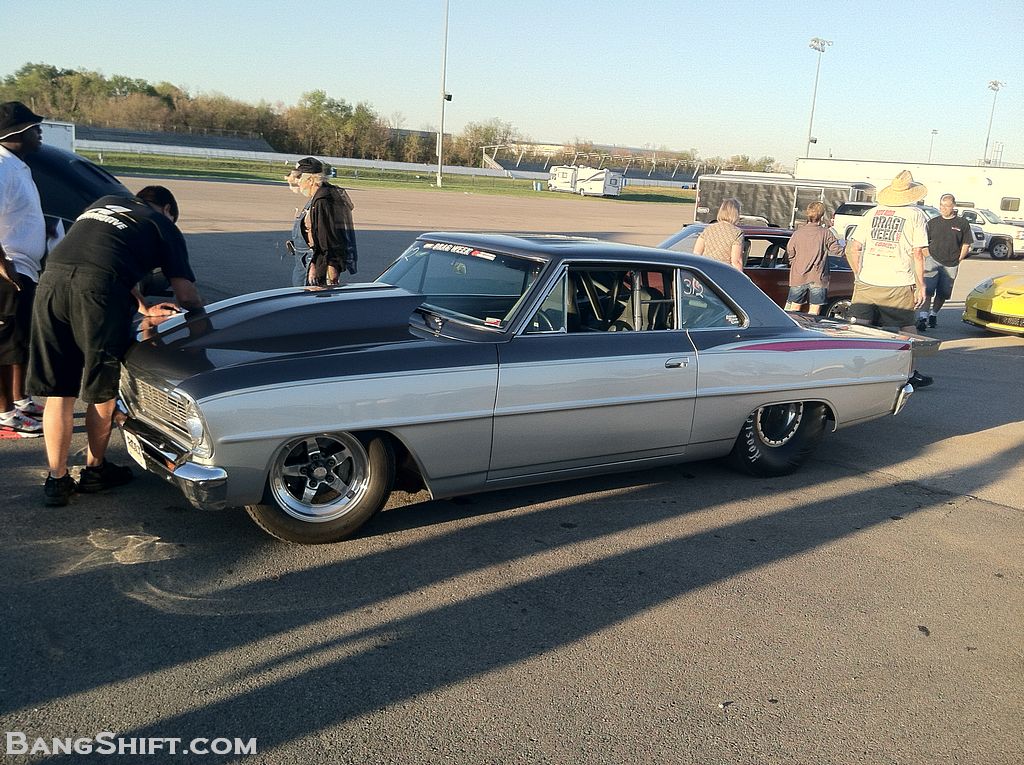 Simmering tensions boiled over yesterday on Hot Rod Magazine’s Facebook page when a few needling barbs aimed at English drag racer Andy Frost, drew Frost into the conversation about Larry Larson’s 5th consecutive Drag Week win and ultimately led to the magazine asking if Frost would attend Drag Week if they picked up the tab for transportation. It was an interesting example of the power social media has these days and also it highlighted the longstanding debate surrounding what have to be the two most famous street legal drag racing cars in the world, Larson’s Nova and Frost’s “Red Victor” Vauxhall.

Frost’s car is street legal and he has been very deep into the six second range, actually competing as a Pro Mod over in England. There’s video of him cruising down the road in it and his accomplishments and dedication can’t be questioned. On the other side of the argument are those that feel Larson’s car and accomplishments more significant because Larson drives his car on the street frequently and for longer stretches than Frost appears to do.

Where do we stand? Well, in our opinion the two cars were built with two different objectives. Larry’s car was built to be a bad ass fast street car. Frost’s car was built to be a street legal Pro Mod car (in our opinion). The differences are that one performs better on the street covering the miles and the other performs better on the strip. Would we want to see them tangle face to face? Oh hell yeah we would.

With Hot Rod needling Frost, he responded several times and basically said that if someone picks up the check, he would ship his car over and make a go of it. Quickly after that happened, Hot Rod responded and asked him point blank if he would come on their dime. He responded that if the magazine picked up every expense, he would show up. Will it ever happen? Who the hell knows, but the possibility alone is damned interesting!

Click here to see the discussion involving Hot Rod and Andy Frost.  — Click on the discussion below the photo of the blue van doing a burnout to see it all. 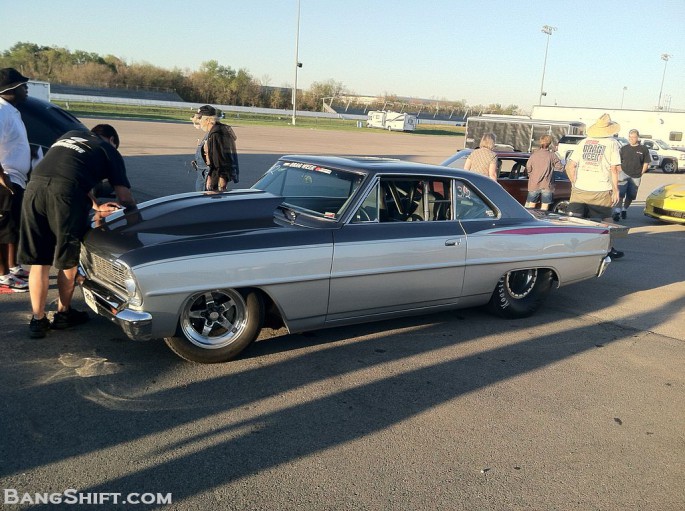