In Memoriam: Vic Edelbrock, Jr. – Racer, Pilot, Businessman And Friend To The Gearhead 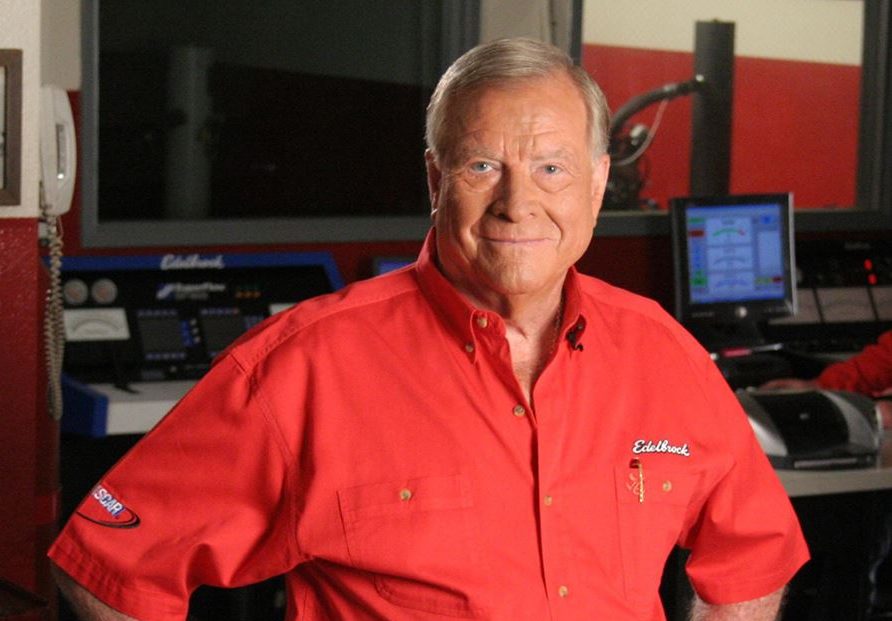 Earlier today, I went up into the storage attic of my shop and drug down the intake system that had been on the Raven Imperial’s 323ci engine (and several others before it). I removed the Carter carb off of it and got to work on scrubbing down the old Edelbrock Performer to clean it up, and I got to thinking: when you come up as a car geek, certain names stick with you early. As a young kid, it was the manufacturers and model names of each car…I learned them with an almost magnet-like ability. See car, memorize model, move on. When I started actually spinning wrenches on cars, about the time I was ten or eleven, it became about the names and models of the parts you were putting into the Chevelle, or the Torino, or the Ramcharger. I learned about Holley carburetors, MSD boxes, and most of all, Edelbrock intakes. That was the big one for me, because it was the first in-the-box speed part I had ever seen my stepfather order for any car he wrenched on, and when he opened up the box he was in full-on “kid at Christmas” mode.

Otis Victor Edelbrock, Jr. is largely to thank for scenes like that. He followed in the footsteps of his father, working at the company that Vic Edelbrock, Sr. had created after his “Slingshot” intake manifold became the hot item to have. Edelbrock, Jr. took control of the company in 1962 at the age of 26, after his father passed on, and between that moment and 2010, ran the company as President and CEO. He stepped down as president in 2010, but remained involved with company activities, namely as the chairman of the board of directors. He built the company up from a California speed parts service that mainly dealt with Fords to the name that hot rodders the world over know. Name it, Edelbrock has probably had his hands on it: intakes, heads, suspension kits, dress-up items, contingency sponsorships…anything that would help out a car geek, chances were good that there was something Edelbrock had for it.

Edelbrock, Jr. wasn’t just the businessman, though. He was a pilot, who flew regularly. He was a racer himself, competing in the likes of the Monterey Historical races with mainly Ford products. He knew what to provide to the masses because he was just as afflicted with this hobby as we all are. But we know him best as the friend to the gearhead, a charter member of SEMA, the man who took the business his father started and took it further than we bet either one of them ever expected it to go. We here at BangShift send our condolences to the Edelbrock family.

Godspeed, Vic, and thank you. 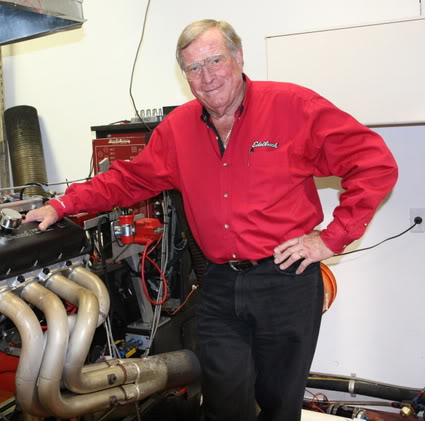 Mack Truck History! A Collection Of Historic Macks For You To Enjoy Looking To The Sky: The "Blackhawk" Pontiac Firehawk Can Grip Any Surface!

13 thoughts on “In Memoriam: Vic Edelbrock, Jr. – Racer, Pilot, Businessman And Friend To The Gearhead”