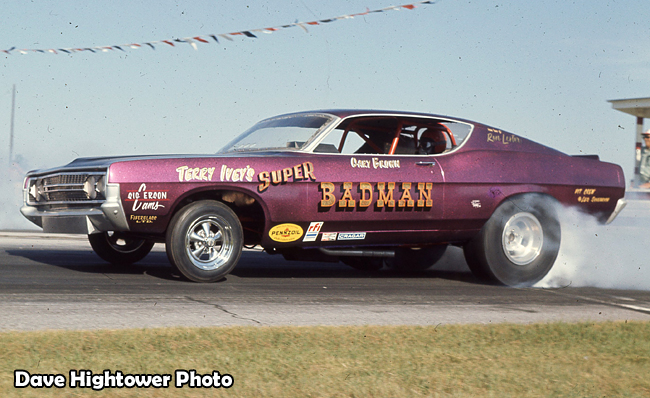 When Chris Graves, of Max Cackle Photography, sends us stuff we are always excited. He takes great photos and, like us, has an amazing appreciation for the history of drag racing. So when Chris sent us a story he had written about the 50th Anniversary of Mo-Kan Dragway, we could wait to share it with you. Not only does Chris give you all the history of the track, but also included great photos from the past and present. You will dig them for sure.

The year 2012 marks a big celebration in the drag racing community of the Midwest, as Mo-Kan Dragway celebrates its 50th birthday!  In a time period of economic uncertainty with folks clinging to their spare change and racecars collecting dust in their owner’s garages from coast to coast, it’s a great sight to see an independently owned and operated drag strip able to celebrate a birthday of this magnitude and do it with an A+ report card across the board.

Mo-Kan Dragway is located three miles North West of Joplin, Missouri in Asbury, just a stones throw away from the epicenter of the 2011 Joplin tornado destruction path.  The community of Joplin, despite being hit with such an economic catastrophe, has shown its strength time and time again and even just a few months after the tornado, still packed the stands at Mo-Kan for a good ol’ night of drag racing under the lights.  To them, there’s not much better than popping the tailgate down, backing up to the fence line and kicking back with friends and family to pass the time with a scent of burnt rubber and racing gas. 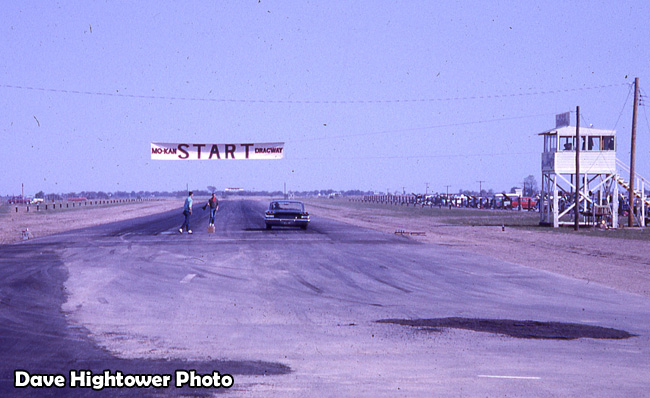 This tradition has been an ongoing occurrence, with feature shows being booked at Mo-Kan since it’s opening in 1962.  On land leased by Clarence Schneider,  local racer Jim Wilbert with assistance from his cousin Ron and colleague Bob McVickers, built the drag strip and ran it well for many years.  Jim’s brother Bill was just twelve when the facility was built and soon became the announcer at Mo-Kan while also making a name for himself in the t-shirt industry, providing artwork and shirts for the greats like McEwen, Prudhomme and to this day Chris “The Greek” Karamesines as well as the AHRA series in it’s hay day. 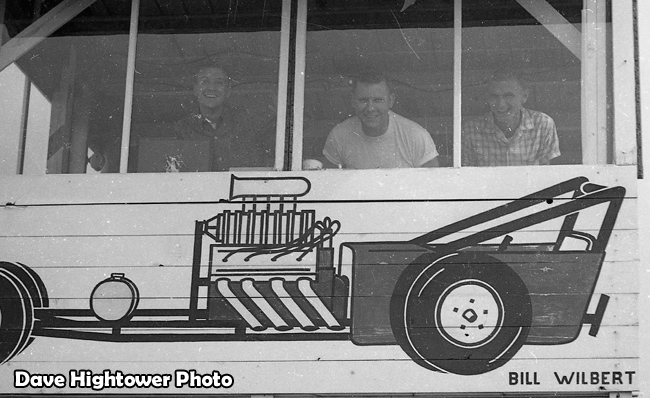 The Wilbert Family: Jim in the middle, Ron on the right.

The track has since been leased and managed by a handful of names, now under the veteran eyes of shot caller Carl Blanton.  Blanton, a former slingshot dragster pilot, photographer and writer of American Drag News, has a wealth of knowledge of the sport and can be found with a smile on his face behind the microphone in the tower or mingling in the pits with his racers.  Blanton not only handles the happenings from top to bottom at Mo-Kan, but also serves as President and Founder of the Central Drag Racing Association which holds big money bracket races several times a year at tracks across the region. 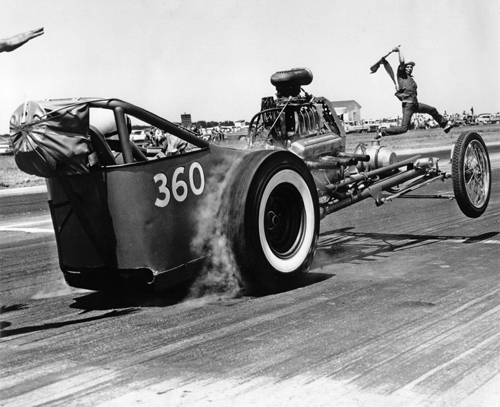 Blanton recalls stories of the early years at Mo-Kan where the biggest names of the sport would stop in for a match race or open competition in Top Eliminator with the locals.  Names like Don Garlits, Tommy Ivo, Dickie Harrell, Gene Snow, E.J. Potter, Tom Hoover, Bennie Osborn and Jack Chrisman to name a few.

“In 1982, I brought the family out to see Don Garlits Top Fuel Dragster in a match race against Les Shockley’s jet powered dragster.   Garlits won the first race, but on the second run, Shockley red lit and you could clearly see Garlits driving in the after burner of the jet.  When he returned to the pits he was livid!  But in the final, Garlits red lighted and you have to think it was so he wouldn’t end up in Shockley’s after burner again!” says Blanton. 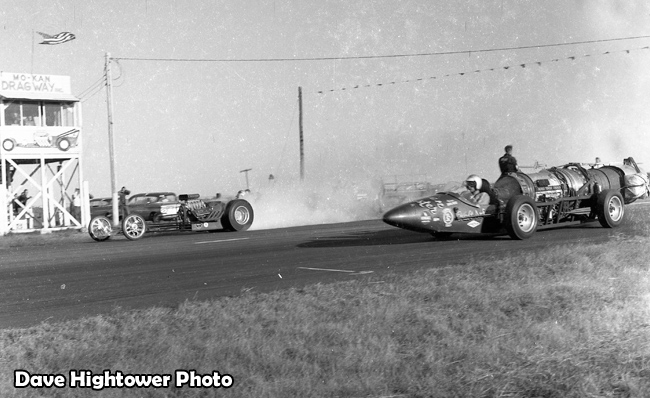 Mo-Kan has continued it’s tradition of booking headline shows for their dedicated and passionate crowds.  The Outlaw Fuel Altered Series has headlined the Labor Day Classic for over a decade now and is always a sure bet with jet cars, outlaw door slammers and two full days of big money bracket racing.  Most recently, Mo-Kan hosted it’s 50th Anniversary celebration featuring a nostalgia cacklefest where teams like Bobby Langley’s “Scorpion”, Bennie Osborn’s twin engine Top Gas dragster, John Dearemore’s beautiful nitro machine, the Perrenot family’s “Gizzle Hopper” and Geri Tarvin’s nitro cackler all lined up down the track with the lights off and cackled to the delight of the header flame hungry crowd.  This coupled with fun filled wheels up action from the iconic “Chevy Rebellion” wheelstander all topped off with a hefty helping of fireworks. 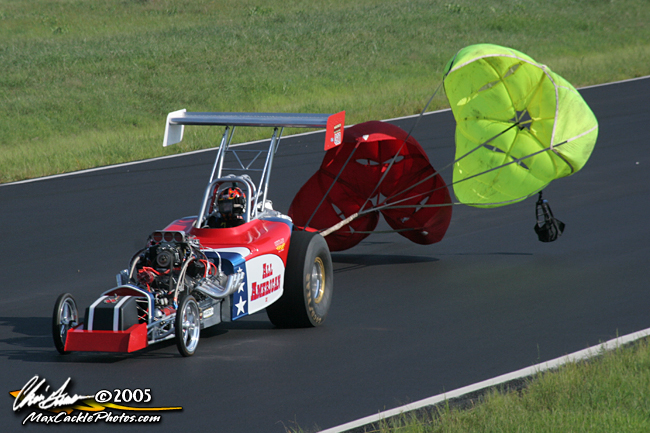 Another annual treat for the drag racing enthusiast is the H.A.M.B. Drags hosted at Mo-Kan each August.  There’s not much to top a 200+ pre-registered field of rat rods, slingshot dragsters, gassers, altereds and anything pre-72 you could possibly hope to see.  If you don’t know what the H.A.M.B. is, quit reading this article and google it, slap yourself in the face, then make plans to attend this event or any of the headline shows Carl Blanton and the staff at Mo-Kan Dragway have to offer. 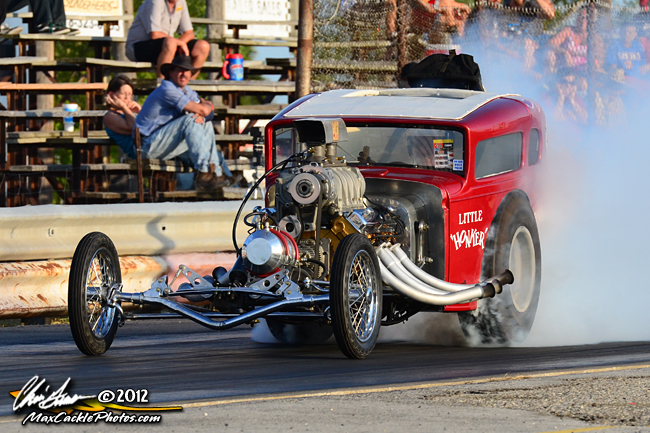 “As a racer, journalist and photographer, coming to Mo-Kan over the years, it always had a feeling of drag racing in the raw.   It’s pure and natural state, no pretension, no hype; let the cars and the drivers do that!  So we now we are the custodians of this special place.  Our challenge is to bring it to the 21st century and keep it real. Like a C/Gas Opel on the wheelie bars at 10,000 rpm about to grab second gear and blast down the strip, just like I remember it here at Mo-Kan when I was younger,” says Blanton. 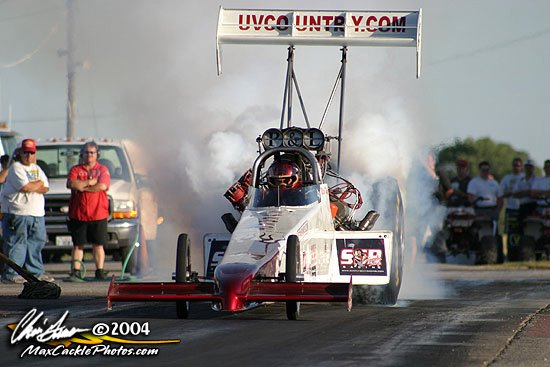 Cheers to Carl Blanton and the entire staff at Mo-Kan for doing their best to keep drag racing thriving in the mid-west.  Yes the corn may be yellow and wilted from lack of rain, the ground may be dusty and the cracks in the front yards of the region ever growing, but drag racing is very much alive at Mo-Kan Dragway.  It’s a track where the stands are packed for a regular Saturday evening bracket race and the majority of people in the pits are wearing a Mo-Kan Dragway event t-shirt with pride.

So plan a trip to this gem of a drag strip where you can take a trip back in time, before stadium seating, temperature controlled and four wide starting lines, where once you drive through the front gate you get that “old school vibe” and you immediately absorb that emotion of just how much history has been made here in the last fifty years. 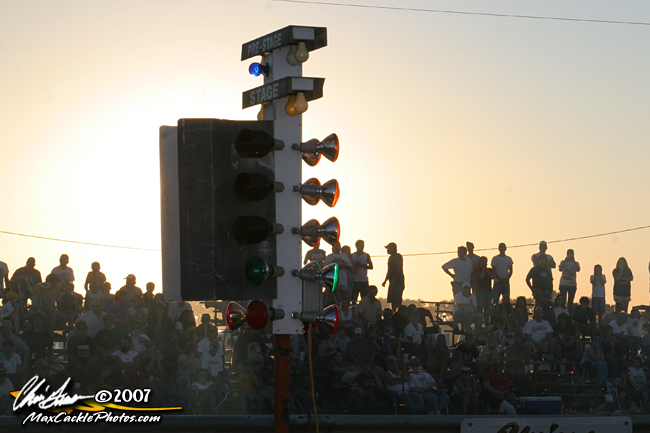