More Charges Heaped on Evan Knoll – Trial Pushed Back to May 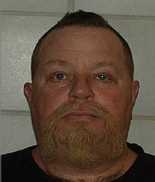 Evan Knoll’s defense team is starting to look more and more like a legal version of Gen. Custer and his men. Knoll’s trial was slated to begin in just a couple of weeks but prosecutors heaped an additional seven charges onto an already massive list, once again charging Knoll with lying about his financial state and affairs along with taking nearly $100-million in tax refunds that he should have never even requested in the first place.

With the last batch of charges, Knoll was looking at the potential of more than 50 years in prison if convicted. We are not sure what the additional charges bring with them regarding prison time, but as Knoll is a middle aged man, a 50 year sentence would pretty much be curtains for him anyway. Briefly recapping the central issue in the case, Knoll, according to prosecutors, falsely claimed that he was making far larger volumes of race gas than he actually was. Since race gas is tax exempt, he would then file for credits from the government to be reimbursed on the taxes he was charged on said huge volumes of fuel. The government is claiming that those credits were ill-gotten and in addition to that, he defrauded banks and other institutions into getting loans based on false financial statements and documentation.

Since the government attorneys seem to be dropping legal bombs every few weeks in this case and Knoll’s defense team has been slightly less noisy than a Charley Chaplin film, we’re guessing things are a little tense on Knoll’s side of the case.

We’ll keep you posted on any new news, charges, or changes in the case as they happen!

Thanks to Malc for the tip!

Junkyard Gallery - A Tour of Desert Valley Auto Parts AFCO is Giving Away Free Stuff - GET SOME!