Morning Symphony: De-Tuning A 1.5JZ Toyota Soarer To Over 900 Horsepower

Nov 23, 2020Bryan McTaggartBangShift NewsComments Off on Morning Symphony: De-Tuning A 1.5JZ Toyota Soarer To Over 900 Horsepower 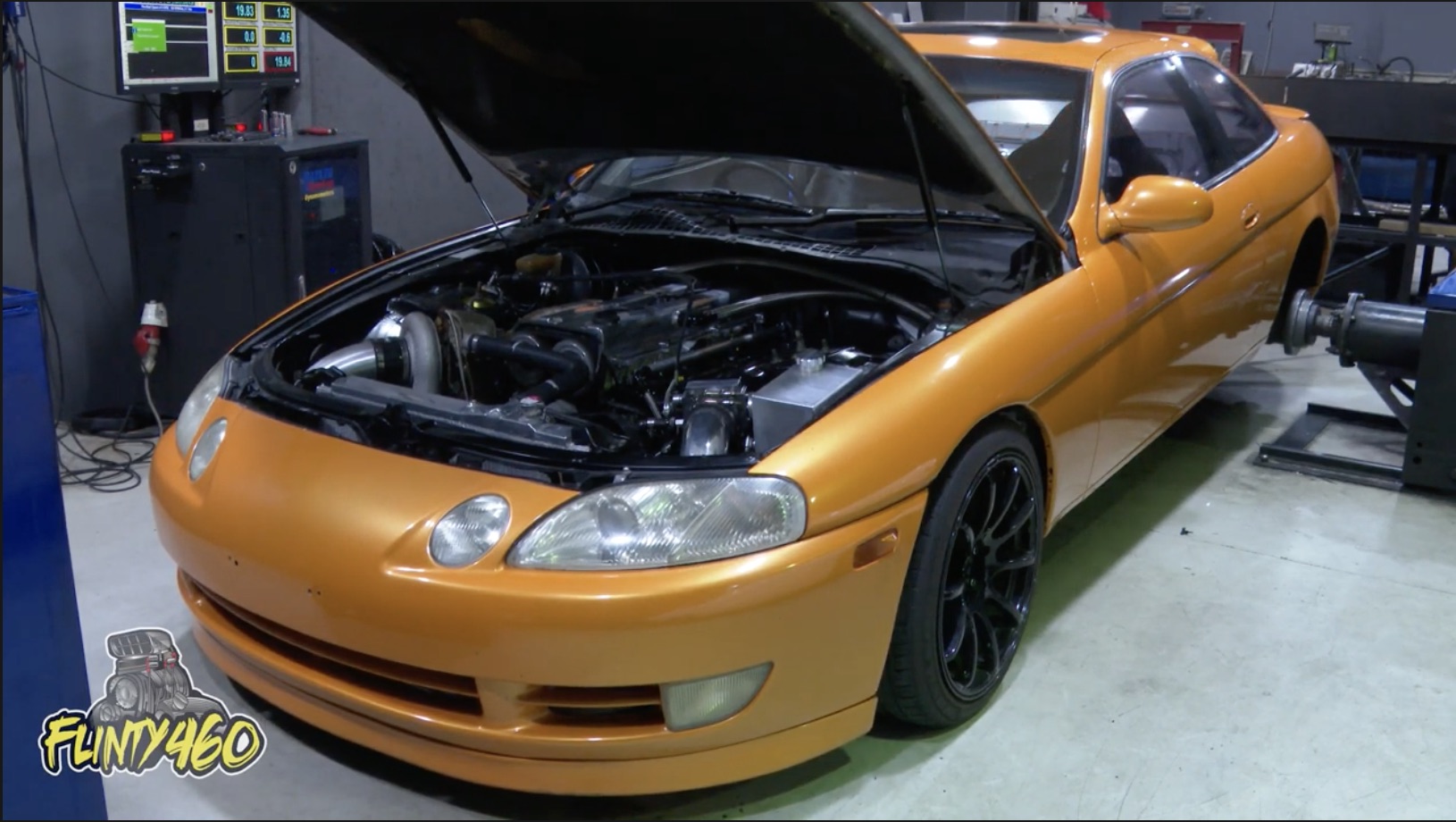 Toyota Supras became legendary for their ability to put out obscene amounts of power from six cylinders. Say “2JZ” to anyone under the age of 40 and they know…this is the proper challenger to the V8 The World crown. Toyota didn’t set foot forward with a desire to take the crown from any and everyone who dared try, but tuners certainly figured it out. And it wasn’t just Supras that got the engine. The Crown, the Mark II, the Aristo and the Lexus models that shared the platform, they all got it. And that includes the two-door Toyota Soarer/Lexus SC300 coupe that you last saw somebody’s retired aunt driving around, thinking that she must be a silver fox to everybody in such a snazzy car.

The thing is, on their own they are alright, but hey…boost a two-door Toyota that didn’t come factory with a shopping cart wing and Altezza taillights before that was even a thing, and suddenly we’re on board. Candy tangerine isn’t our color of choice, but everything else about this Soarer rules, including the reason why it’s on the hub dyno in the first place. It’s being de-tuned. They are taking it down to a more livable, friendly horsepower level, like the mid-900s.

Power Move: Cruz Pedregon Hires Entire Crew Of MD Anderson Funny Car For 2021 - Crew Chief On Down! Listen Up: The Story Of The 1927 Dole Air Race Is One of The Most Tragic And Insane Missives In American Aviation History!