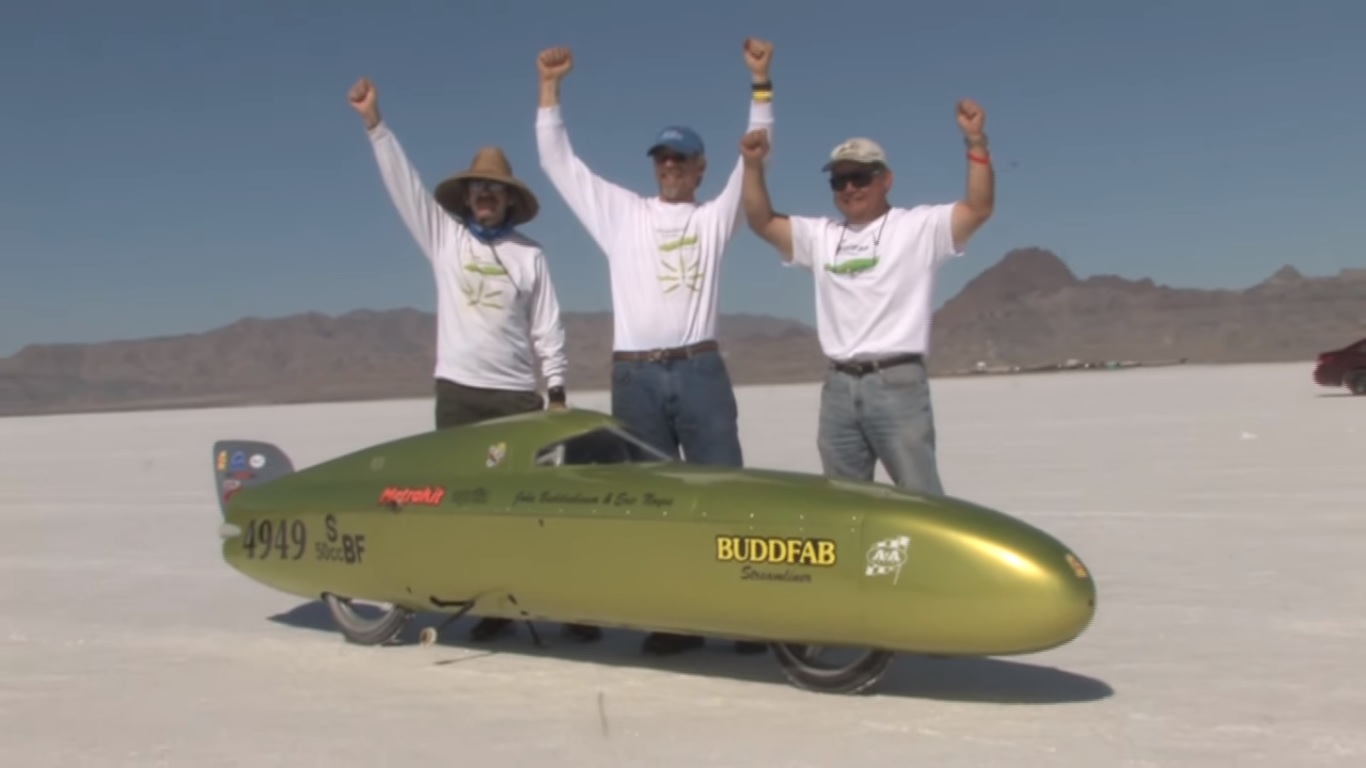 Lou Fischer’s Bonneville Stories series on YouTube has a lot of good stuff in it, but we’re partial to the tiny terror that John Buddenbaum and Eric Noyes built to tackle the salt several years ago. In 2008, the pair set the 50cc motorcycle land-speed record at a completely mind-boggling 144.891 mph. That’s more than two-miles-per-minute from an engine with three cubic inches.

Fischer gets Noyes to talk a bit about the build, which was custom-fabricated under some claustrophobic fiberglass bodywork. The single-cylinder engine, which is about the size of that in a typical lawnmower, runs methanol and a turbocharger to get the big bang, but the tall gearing necessitated in and the turbo needing some revs to spool up makes the bike more than a handful from the start line. Neverthless, Buddenbaum and Noyes have their record.

There’s a bit of something for everyone in land-speed record and while the future of Bonneville seems tenuous, you can get some of the stories on YouTube here.