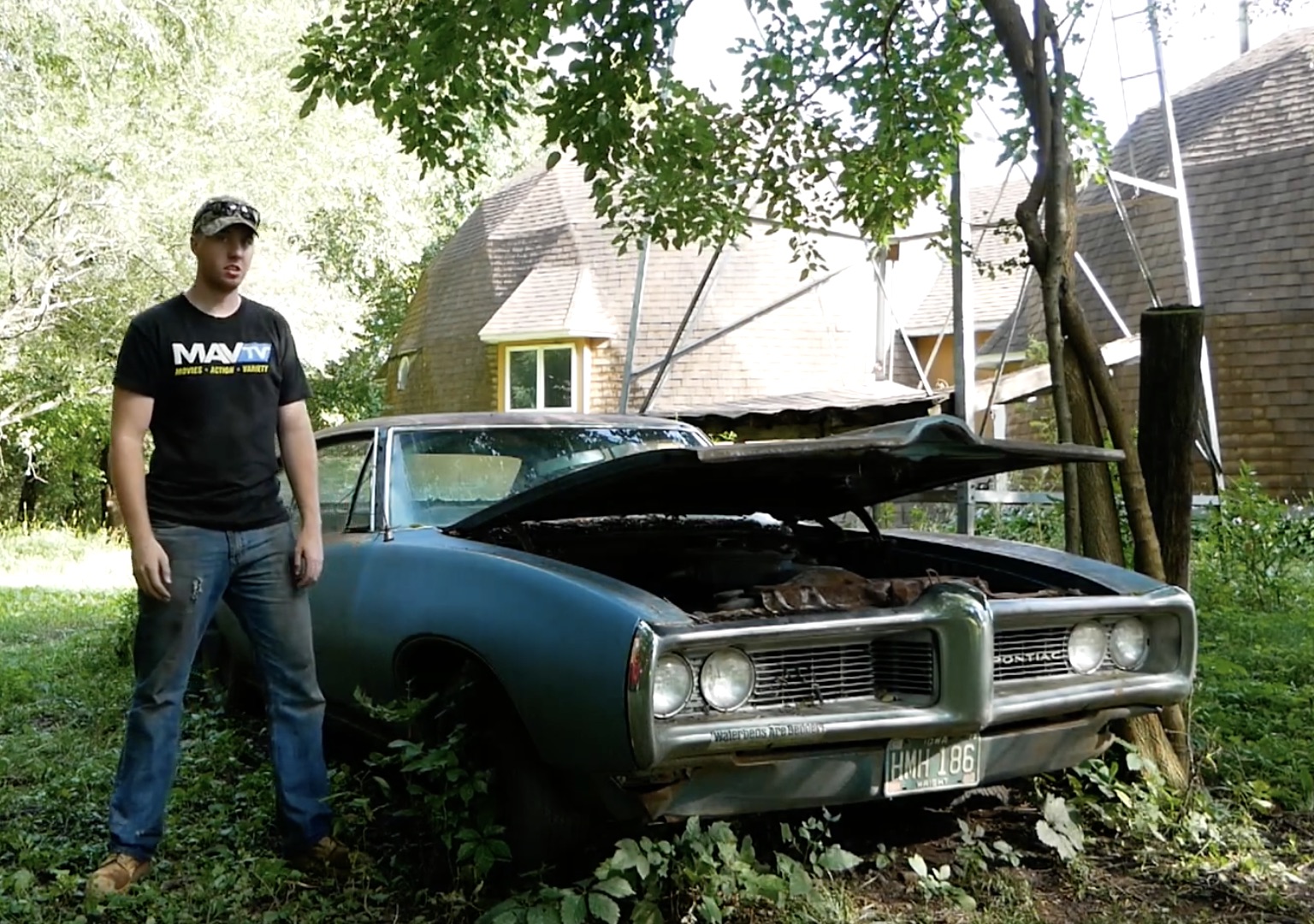 It’s heartbreaking to think that this car has been parked in the same spot for nearly as long as I’ve been alive and breathing on this planet. Right about the time I was celebrating my third birthday, this 1968 Pontiac LeMans was left on this patch of grass and left to sit. Why let a car like this sit? Because thirty-three years ago, this LeMans was simply an old Pontiac that the owner had enough of. Maybe the damage from the sideswipe this car got was too much, maybe the 350 underhood was starting to pack it in, but it was just an old car that was too much work for someone to deal with.

Kevin, the man behind Junkyard Digs, has been on a bit of a spending spree since he returned from a hot and sandy place last summer. (I don’t blame him one bit, I did the same thing when I got back too.) This LeMans is one of the vehicles that he scored and to be honest, I’m looking forward to watching him perform magic on this LeMans as he brings it back to life. It’s going to be a hell of an undertaking, though…it’s believed that this car has been underwater at least once, about ten years ago, and might have swam before that. Combine that with a grass parking lot and you know how bad things can get for metal. Need another reminder? Wait until he pulls a valve cover off of the 350…that’ll answer any other questions you may have.

LANGUAGE WARNING: From Kevin himself: “Apologies for the foul language! It was supposed to be censored, but apparently Adobe prefers I swear.” You’ll hear the beeps a half-second after you hear the words.

2 thoughts on “Asleep For 33 Years, Flooded, And Now Rescued – Stage One Of Junkyard Digs’ 1968 Pontiac LeMans”