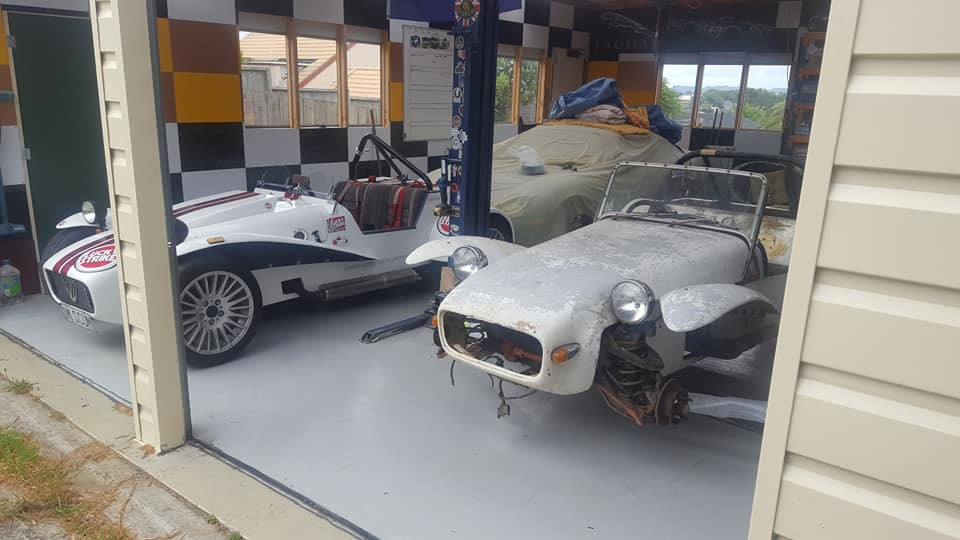 In 1957, Colin Chapman’s ultimate form of his “simplify and add lightness” program, the Seven, started production. It worked in many different levels. It was fuel-efficient, capable of turning 25 MPG with a Ford 1172cc four-cylinder powering it. It was quick, being able to snap off a 6.2 0-60 MPH rip. It was thrifty, costing a few hundred dollars in parts from Lotus, BMC (rear axle) and Ford (powertrain) and a bit of work in the shop to put it all together, and keep in mind this is 1957. Even today that wouldn’t be anything to snort at, and it isn’t. Even though Lotus canned the Seven in 1973, it’s been in production since, with Caterham buying the rights from Lotus and many kit manufacturers producing their own variations. 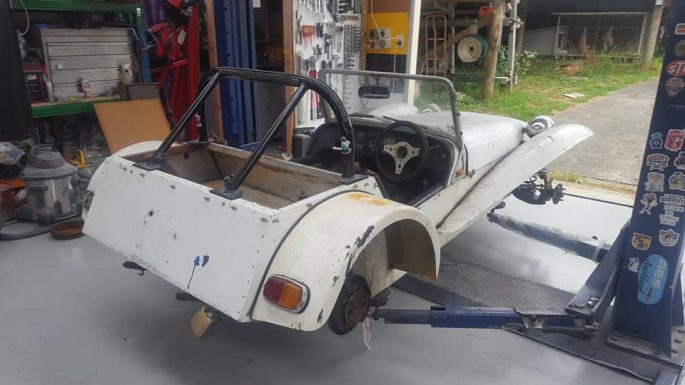 One such company was Chevron, who were based out of New Zealand. And that leads us to one of the newest project cars to grace the BangShift forums, a Chevron that will be powered by a Toyota 5K four-cylinder, a pushrod mill that our American audiences might only know from older Toyota forklifts. Don’t get too excited about that mill, it’s good for 70-ish horsepower. But in a car that weighs in at maybe 1,500 pounds before driver, that’s still going to be more than enough to be fun. The engine selection was made after the son of member “bryankiwi” mentioned wanting to drive this Chevron. Dad himself has a Buick V6 powered one that junior probably doesn’t need to get his hands on just yet. Or maybe ever.

It’s a new build, so pop in and check out the introduction! 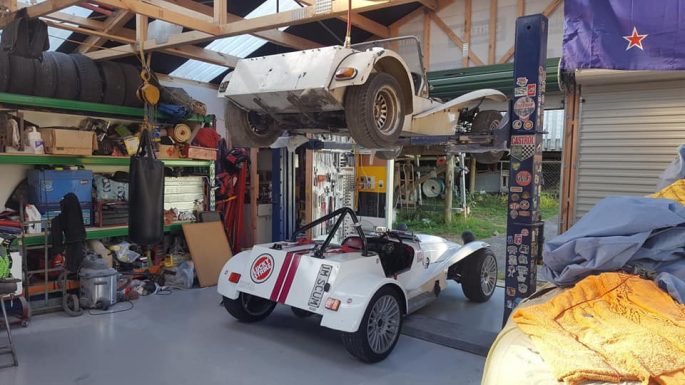