Project Raven: Back Into The Engine We Go – Why Did The Imperial Die? 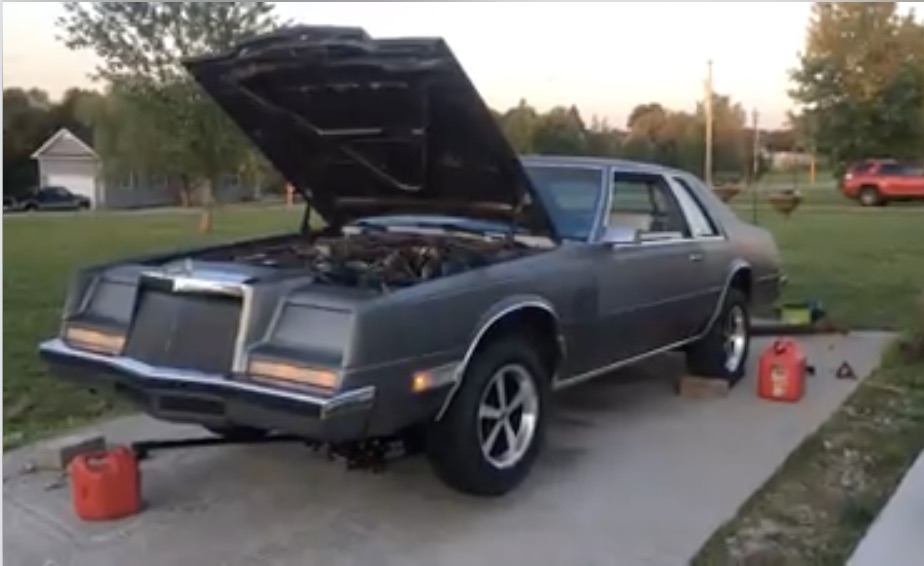 For a few weeks, I’ve sat, grinding my teeth every time I looked at the Imperial. I couldn’t speak anything about it without dropping F-bombs left, right and center. I didn’t want to look at the car, I didn’t want to touch the car, I didn’t want to finish the car. I wanted to yank the powertrain right back out, send the body to get the pancake treatment, and be done. Seven years of fighting the Imperial had taken it’s toll. But as I was headed to XRP in Texas to cover the Mid-West Pro Mod race, I got a message from a familiar name: Austin Griggs.

Austin is the man behind the Ratty Muscle Cars Facebook page, the races, the cruises, all of it. We’ve been to his deals before and we’ve had a blast, but for a while now, he’d been laying low, working on some other projects like Austin’s Muscle Car Clinic. But the message was short and sweet: there would be a race at Jake’s Dragstrip in Moulton, Alabama in mid-October, and he was calling out everyone he knew with a Chrysler product to show up for a full-on throw-down. Was I interested in showing up? Of course. But did I have anything to bring to the party? Well…not if I didn’t get off of my ass and start turning screws once again. So, I bit down, shoveled some dirt over the grudge I’ve been holding over the Imperial, and got to it.

The main issue was fuel delivery. The car was running off of the mechanical pump just fine when we first-fired the 360 back last fall, but between then and January, when I was getting ready to start figuring out why the transmission was missing a gear, fuel delivery stopped. If you primed the carb, the engine would run for a few seconds. But it was like the fuel pump had died…and if you are unfamiliar with a Chrysler mechanical fuel pump, it’s basically like an old farm’s well pump handle, driven off of an eccentric that’s bolted to the camshaft. I had put the pump from the old 323ci engine onto the 360, so there was a minor chance that it was bad. So I swapped a brand-new part onto the car, and got…nothing. Which irritated me enough that I decided to bypass the mechanical pump with this gem of jury-rigging to see if there was another issue. 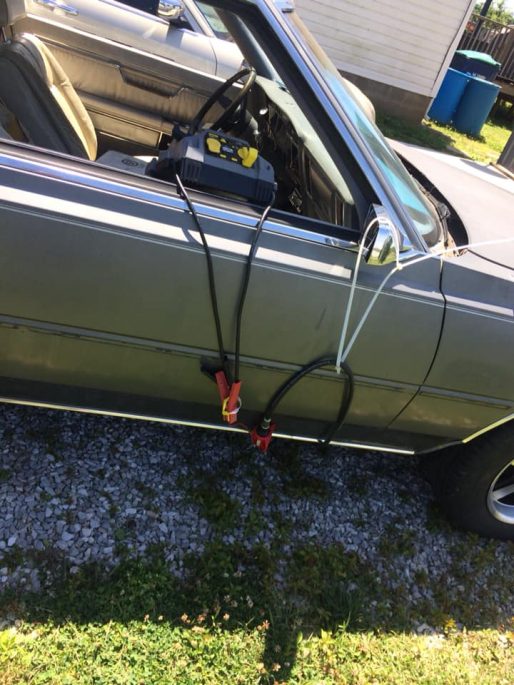 It’s seven shades of screwed-up, but using a battery jump pack and a cheapie parts-store electric pump, the 360 was just fine. It’d start, idle and drive, so I used this long enough to prove that three forward gears were actually in the transmission box. I wanted to know that before I dug back into the engine, so with one relief found, it was time to start figuring out what happened between the mechanical pump and the carburetor. Tony DeFeo is the one who suggested that the camshaft eccentric was the culprit. His money said that the bolt might have backed out of the camshaft and that either the pump arm got jacked up, or that arm and eccentric weren’t connected anymore. On Chad’s advice, I pulled the pump out of the timing chain cover and stuck a long screwdriver up there to see if the eccentric was tight. It wasn’t.

After tearing the front of the engine down, the timing chain cover came off and the story wasn’t what I wanted to see. Not only did the eccentric get loose, but it dug into the timing chain cover, cracking it through. It also managed to machine off a good portion of the camshaft’s woodruff key in the process (top is new, bottom is the damaged key). 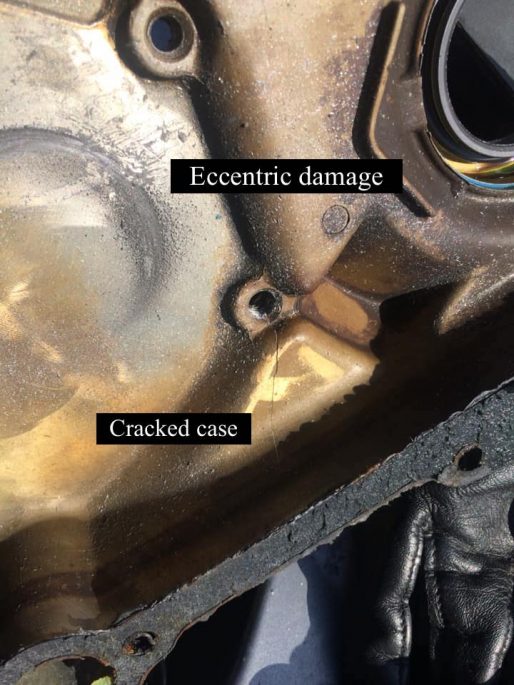 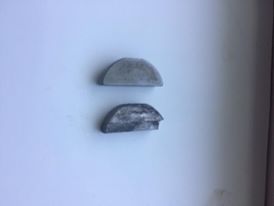 None of this is great news, but none of this is worth panicking over. I drained the oil onto a speaker magnet and didn’t get anything larger than a glitter fleck. A kerosene rinse of the pan didn’t turn up anything either, and cutting up the oil filter that had been on the car showed nothing. I have no explanation about how the bolt backed out of the eccentric…I had used red Loctite during assembly, but maybe I didn’t use enough. There will be no worries this go-around, I promise you that. A new timing chain cover from Mopar, the woodruff key out of a Comp Cams “finishing kit”, and fresh gaskets all around seems to have done the trick. After cranking the engine over with the carburetor line filling a jug to make sure the pump was A-ok, the line was connected and the 360 ripped right back into life, eager to make noise and piss off my newest neighbor, the one who didn’t get warned about this car.

There’s still plenty to do before the car is roadworthy. I have to get the infamous Chrysler kick-down situation handled so I don’t burn up another transmission, I still need to do the entire exhaust front-to-back, and I need to get some shakedown miles on the clock before I’m comfortable driving down to Decatur, Alabama for the start of this program that Austin is running. But for now, at least, the Imperial gets yet another stay of execution.

5 thoughts on “Project Raven: Back Into The Engine We Go – Why Did The Imperial Die?”