Rough Start: Grandpa’s Buick Can Be Your Budget Gran Sport! 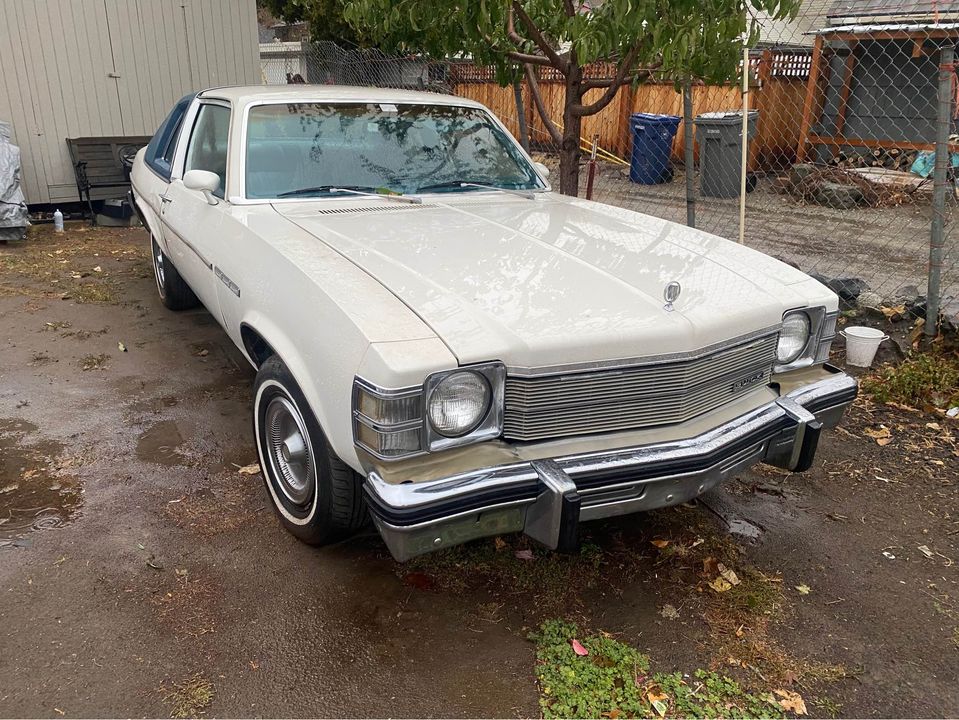 When shopping for a vehicle to highlight in our Rough Start category, a combination of budget-friendly entry fee and potential build factor is taken into consideration. Historically, the mark was $5,000, all in for a running, driving, and potentially very fun beater. But let’s be very honest: five grand doesn’t do squat anymore. There are cars that were $600 beaters a few short years ago pulling $2,500 now inexplicably.

So, for this round of Rough Start, here’s the adjustment: the price search was between $750 and $7,500 and I hunted blocks of vehicles in five-year increments, starting in 1970. Basket-cases would be ignored. Instead, we wanted something that ran and drove immediately, with a high level of potential. And that search led us to a white 1976 Buick Skylark with a blue vinyl top.

Don’t everybody clap at once, now.

Ok, look…outside of the year and the $3,500 asking price, we know very little about the car other than what the two photos highlight. Whatever. This thing could have a 250ci straight-six, or it could be rocking a Buick 350. Don’t care. It’s an X-body. That means it is a kissing cousin to the F-body and that there are a lot of neat suspension parts that could make this Buick handle. 9C1 Novas were famous for surprising police forces with their Camaro-infused capabilities during patrol duties. So haul ass with a little class in a Buick! We’d hunt down some bumper fillers for the rear, put on any wheels other than the stockers that are on the car now, and keep whatever is under the hood very quiet.

Focus on the suspension first before you bite the bullet and LS swap it. You’ll be glad you did. 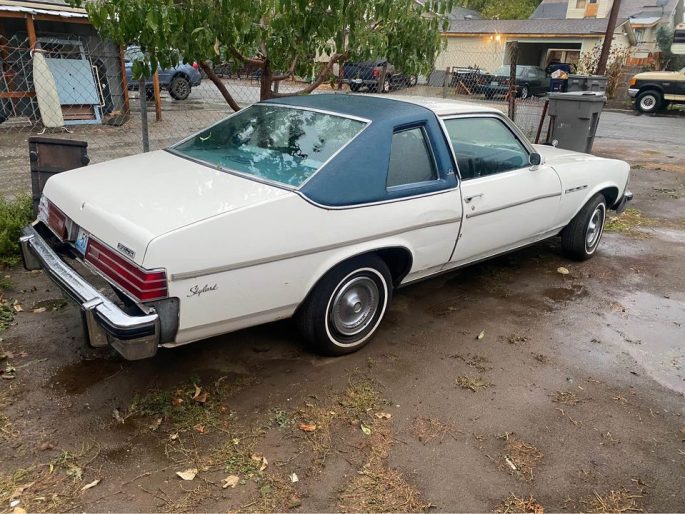