FORGOTTEN Dodge Police Car – Will It Drive After 25 Years? 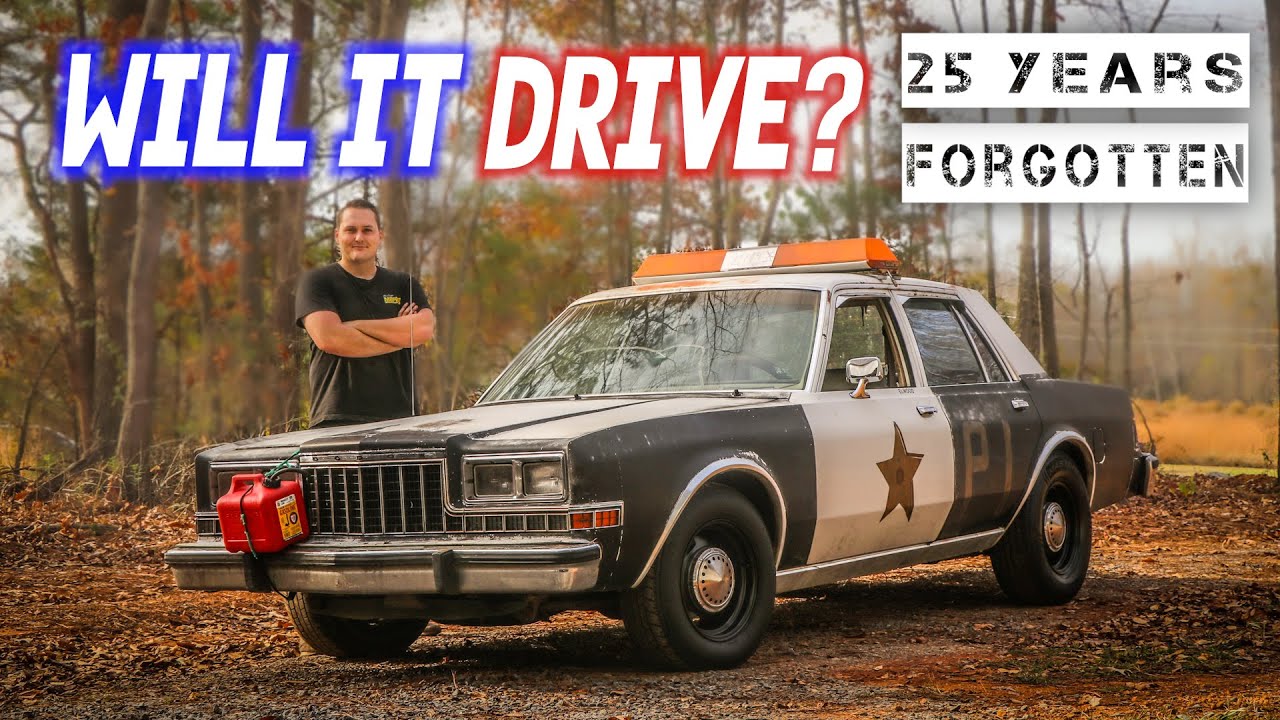 Last week we shared the video where Dylan pulled this thing out of its home and worked at making it run. But will it drive? Can they take it for a ride?

Dylan McCool and Bryan McTaggart have some very similar passions, and “old” 1970s and 1980s cop cars are one of them. So I know for a fact that when McT saw this latest video from Dylan he had to be excited to watch even though I’m sure he knew all about it long before the video dropped seeing as these two are friends.

What would you do with it?

It’s time for our maiden voyage! Or so I thought… This 1986 Dodge Diplomat has been parked for 25 years, and I recently got it running. In this video, I plan to do everything in my power to make it hit the road! Think we can do it? Stick around to the end of the video and see what we went through as well as future plans!

McTaggart says: FMJ Mopars have one of the worst stock exhaust setups that Mopar ever shoved into a vehicle, so I suspected that hacking off the exhaust would wake up the choked out Diplomat. And it did…before we broke out the deathwheel, the poor AHB shook and shuddered like a chihuahua that really needed to pee. While it took a moment to get the car to actually light off in the video, once it did it lit right off, blowing a ton of carbon out of the “pre-cats” that sit just below the exhaust manifolds. I touched the exhaust, I turned the key. That’s it! Whatever else happens in this video is not my fault! Now…if you’ll excuse me, I suddenly have a craving for strawberry milk.