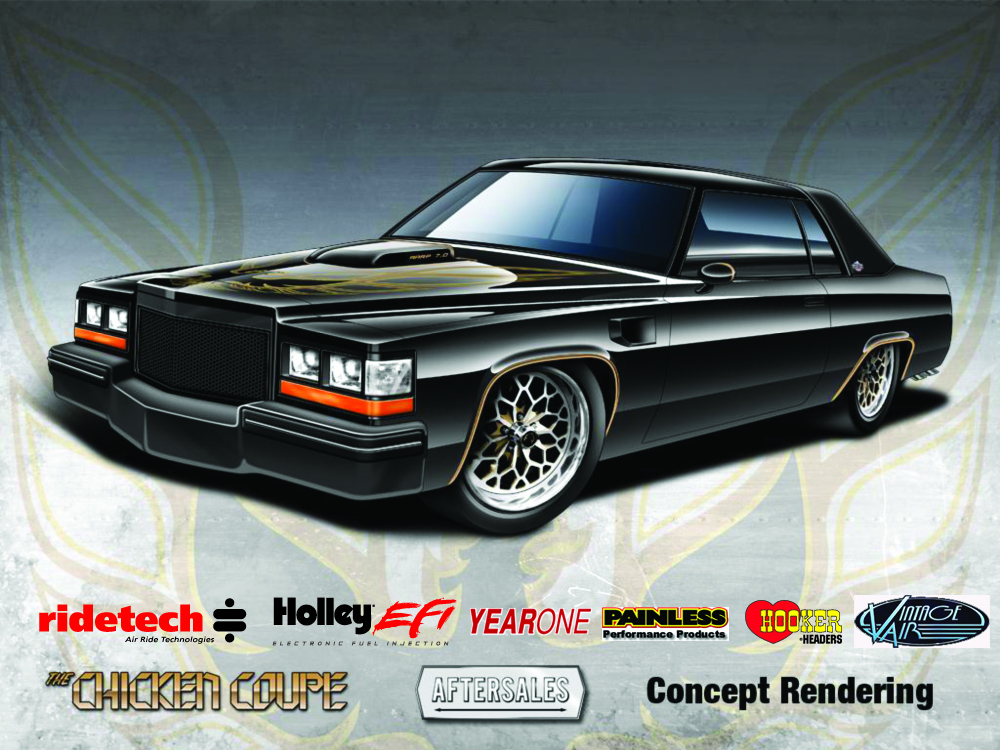 (Words and Photos by Matt Graves and Jon Clark) – (Editor’s Note – We got some flack when we decided to call our Caprice “Buford T Justice” because Buford drove Pontiacs in the movies. We had an ace in the hole as you’ll find out when you read this piece. When both Buford and the Chicken Coupe are done, we’re going to have a death match of the hard handling, muscled up b-bodies to see who reigns supreme!)

Before you go,  WHAT THE HELL?

When Jon, Chad , myself and Brian get together things happen. Not necessarily good things but we get stupid ideas going or we tell a lot of mom jokes to each other. But our ideas play off each other so well that we go beyond most mortal beings sensibilities. When I told the “team” my idea for a car build they instantly started adding their input. So this car is the result of the Bangshift “Brain Trust”. What would the Bandit drive if he was retired in real life? A Caddy of course. Would this be the car if there was a Smokey and the Bandit 7? How do you make a 1982 Caddy look cool?  That was the big debate. I figured it was actually easy. You take the styling of one of the most iconic vehicles of all time (Bandit T/A). Then attempt to stretch it over the fat ass of a B-body ‘80s Luxoboat. Can you make just about any vehicle easier to digest by doing this? Is this very aspect of this project up for debate? Maybe, but who cares.

Pro-Touring is awesome. Who does not want a Pro-Touring G-machine?? Take a highly desirable Camaro (or some other great muscle car) update it with all the go fast high tech parts. These cars go from lousy handling pigs to high G, high speed machines. With the advent of the LS engine and all the insane suspension technology, Pro-Touring cars are mixing it up with the best in world. Thinking along this line, I had to ask myself would this work on a 1982 Caddy? Can you take all these parts and stick them on a pimp car and get some results?

This is about stupidity and maybe a quest to start a new movement. The movement the everyday Joe really wants. Not these glamorous G-Machine queens that are $120K builds and are uncomfortable to drive on long trips. We idiots are going to take a $700 Caddy and make it cool, handle, run hard and ride smooth. It will have a trunk you can actually use even with a stereo and oversize gas tank, without having to get a house loan to finance it. What movement is this you speak of? Pro-Luxury my friend or Pro-Lux for short.

The Chicken Coupe was found in a barn in TN. It will be built in basically one level up from a barn, my own shop out in the country. I will be documenting the full build. There will be some stupid videos of me, Chad, Brian and Jon at some point doing stupid things with this car. And let’s not forget the Elephant in the room.- Brian’s own Project Buford T Justice. We are planning a B-Body vs B-body grudge match.  Big Block vs LS!

We spewed this idea to some of the Bangshift family of sponsors and to our shock they are behind us or just really confused. Ridetech is going to help get a suspension system sorted out. In fact Bret’s own words are “you guys are f&*king crazy….Ok I am in. We’ll throw everything we got at it until it works”.  Holley is going to help us with our LS engine install with their new Avenger HP EFI, intake, throttle body and a few other bits I will show off later on. We knew Bill Tichenor at Holley was just as crazy as we are and he is. American Powertrain will be throwing in a 6-speed Magnum and all their transmission install parts. Year One will helping out with their Bandit T/A parts and those very lovely Billet Snowflakes..We even got Mike Copeland at Lingenfelter to help with special parts I can’t discuss yet..Mike was actually one of the engineers back in the day at GM over the B-body platform. So I will have insider secrets.

There is a ton of work on this car that has to be done. Interior needs to be converted to black from GM sky blue. It needs big brakes, bumpers need to be shaved and moved in. Vinyl top needs to come off etc. Stay tuned to the updates. I will also be posting the build in the forum and updating it weekly. So you can be involved by yelling support or hate at us. Whichever you prefer. 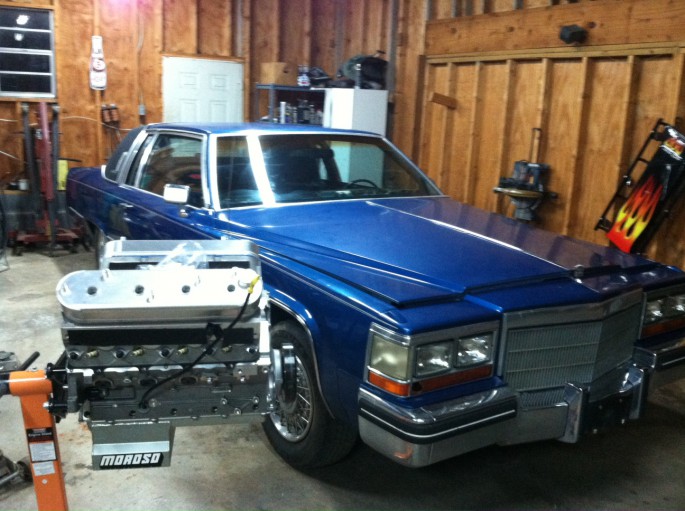 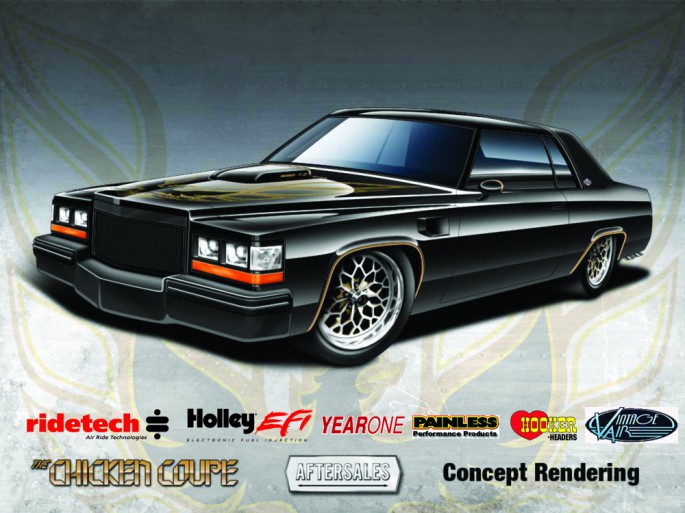