The Dirty Cougar: Safety Is Our Number One Priority Around Here!

Jan 27, 2019Bryan McTaggartBangShift Projects, FORD, Project CarsComments Off on The Dirty Cougar: Safety Is Our Number One Priority Around Here! 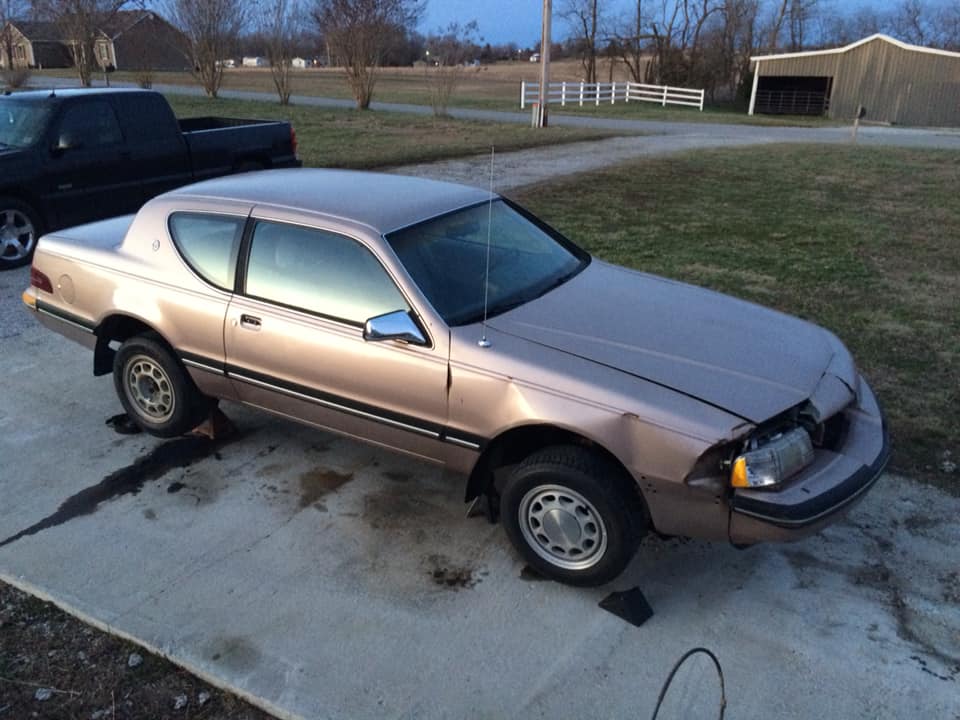 If you missed the last update on the Dirty Cougar project, click here to check it out!

The 1987 Mercury Cougar LS dirt-cheap project is coming along nicely. The car was driving around a little bit and after some engine attention, was running better than ever. The 5.0L engine was happy to not be ingesting it’s own coolant through the throttle body and the fuel system was at least okay for the moment. We are ignoring the absolutely dead shocks and struts for the moment, and we knew that we had to get wheels to mount our race-spec tires on before we were legal to show up and fling this pile around NCM Motorsports Park. With that said, work continues…

The Wheels, They Wobble… 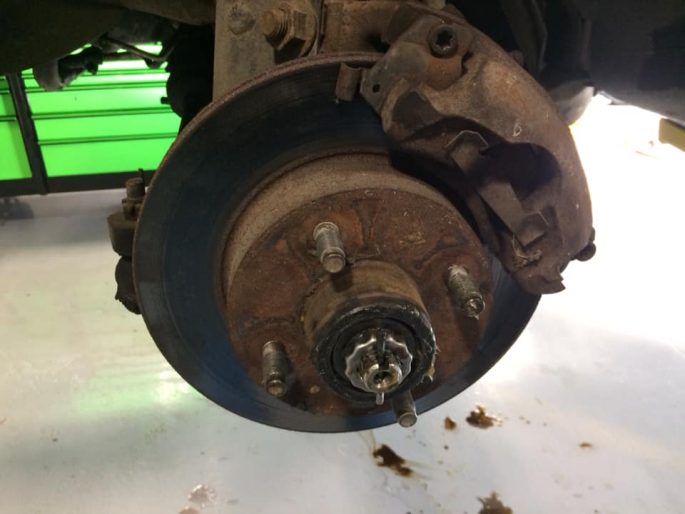 Up to this point, driving the Cougar had been limited to about 40 miles an hour around back country roads. That’s good enough for some trial testing to make sure nothing is going to kill me, but it was time to figure out if the car needed major attention. Now that the license plates and insurance policy made everything legal, I drove the car out to the nearest rural parkway and opened up the taps. The car was fine through about 45 miles an hour, but any faster than that and the shake from hell started to transmit through the steering column and into the whole car. By 50 MPH the glovebox had popped open and by 55 MPH I was genuinely concerned that something was very wrong with the front end. Backed down to 40 MPH, the car was alright. Any faster, and I felt like I was riding through a large-scale earthquake.

Luckily for me, one of the teammates for the King of the Heap racing works at a “nearby” Ford dealership. I put that into quotes because that’s still a 25-mile drive, but with my father-in-law following me on backroads, we limped the car to Hunt Ford in Franklin, Kentucky where Sean got us a post lift and some tools. We dove in immediately to see if we had anything broken or obviously wrong. The bearings needed fresh grease, but they looked okay and spun fantastic, ruling out my guess. The tie-rods were solid and there wasn’t one ounce of play in the whole system…it was like the front end had been recently rebuilt. We were scratching our heads, right up until we made the call to just throw the tires back on to get the car out of the way. 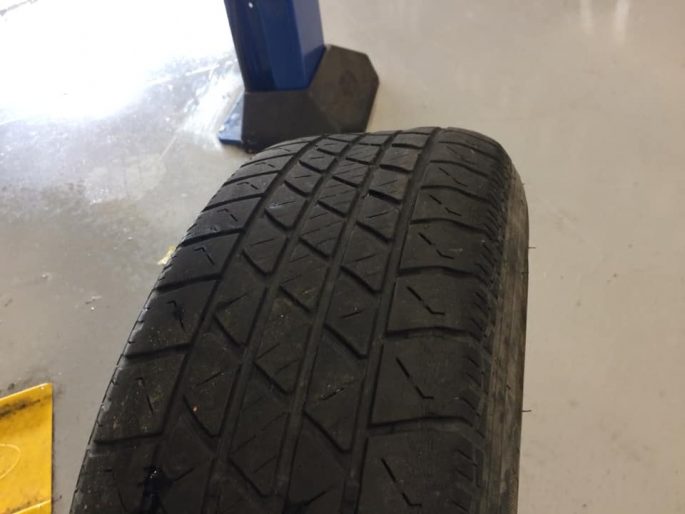 That’s when the gigantic tumor the driver’s side tire was growing was discovered. Well, no shit the car started shaking…it’s a surprise the ancient Big O tire didn’t blow out with half a rotation’s worth of belt separation! Finding that, we parked the car in the back of the lot because there was no way in hell I was driving the car home like that, and moves were made to fix the rolling stock issue once and for all.

New (to me) Wheels 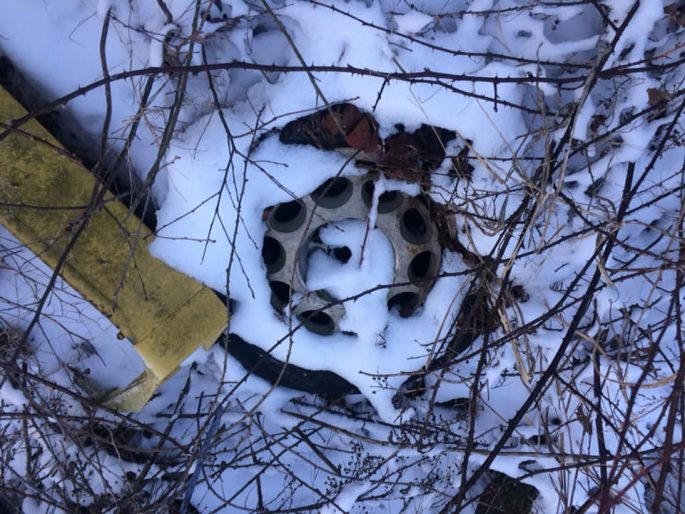 We left the Cougar and headed to Haley’s uncle’s property. The man has some Mustang parts from his racing days scattered all over his property, and I figured that if anyone was going to have some wheels laying around, he would. How right I was…between a garage and a pile of junk in a field, we coughed up five 10-hole wheels. Granted, I had to wallow through cold-hardened blackberry vines and wound up bleeding a bit for my efforts, but free is free and I wasn’t going to let some loose wheels that we knew would fit the car continue to sit outside in the elements. The next morning we hit up the local Discount Tire, where we had the Uniroyal Tiger Paws that were on the Cadillac pulled off of the sport truck wheels and put onto the 10-holes. After a lunch break, we went back to Hunt Ford and put the wheels and tires on. The difference was so great that I almost shed a tear in happiness…we weren’t going to have to pay for massive front suspension repairs!

Then the moment comes that proves I spoke too soon. I was so over-the-top about the car’s transformation that I slotted the car into my daily driver routine, giving the Chrysler another break. I’ll grant you that every assessment of the Cougar has to be against the Great Pumpkin Mustang, which isn’t a high bar to jump, but the car was running solid, driving well enough for having absolutely dead struts and shocks, was very comfortable inside, didn’t bitch and felt just strong enough to be ok to daily. Even the radio worked. Being honest, the 5.0 in the car is still a 150 horsepower wheezer, but it isn’t so bad that the random hill slows the car down.

I got exactly one day of driving the Cougar. One day, from the moment I brought the car home from Hunt Ford until I parked it, the Cougar was impressing me. The next day, I was planning on using the car to run some errands. It was raining, it was cold…it was perfect. Right up until, about six miles away from the house, I ran upon a mail carrier in an XJ Cherokee working their route on the two-lane country road that heads into Bowling Green proper. I went for the brakes and found the full travel of the pedal, all the way down to the floor, with no hint of slowing down from the car. Two pumps to make sure that the brakes were truly dead and it was time to call in the E-brake. Thankfully, that still worked and slowed the car down gradually. I limped it back home and parked it. As soaked as everything was outside, there was no way I’d know where the leak was coming from. The next day, however, everything was drying out and the sun was shining, so I carefully moved the AeroCat onto the concrete slab, jacked it up, and poured some brake fluid back into the reservoir. A few pumps of the pedal to move the fluid around and I was rewarded with a small puddle. 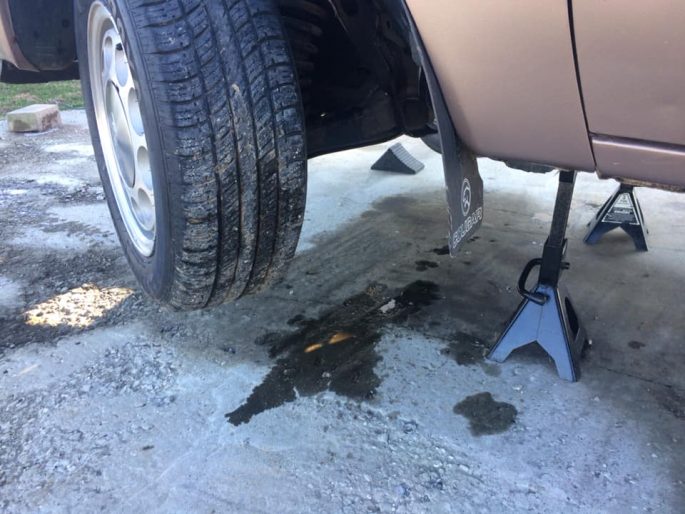 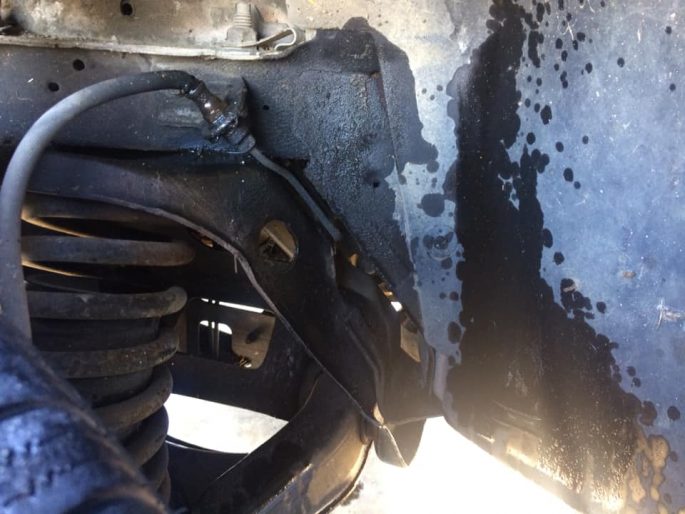 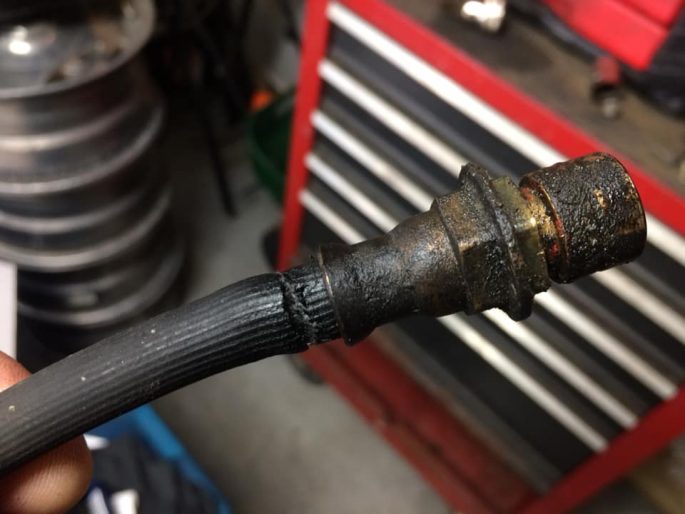 The only way that clue was going to be more obvious was if a blue puppy was slapping paw prints on the fenderwell. The driver’s side soft line had rotted through and finally popped, dumping out the brake fluid, and if one blew, the other two were not going to be far behind. I can live with a flopping headlight, I can live with a bashed fender, but there isn’t a snowball’s chance in Hell that I was running the Cougar around NCM like this, and I wasn’t going to let anybody else do it, either. All of the soft lines were replaced, with each join breaking loose with no drama (thank God!) and after retiring early that night to prepare to write (and, honestly, to thaw out), I expected that all I would have to do the next day was to properly bleed the brake system after I did an oil change and all would be good.

At least the oil change went off without a hitch. While I let the engine run after refilling the engine, I had Haley come out and help me bleed the brakes properly. I thought I was done when I finished up the driver’s front, but one look out back told me that a wheel cylinder had called it a day. MOTHERF——….. 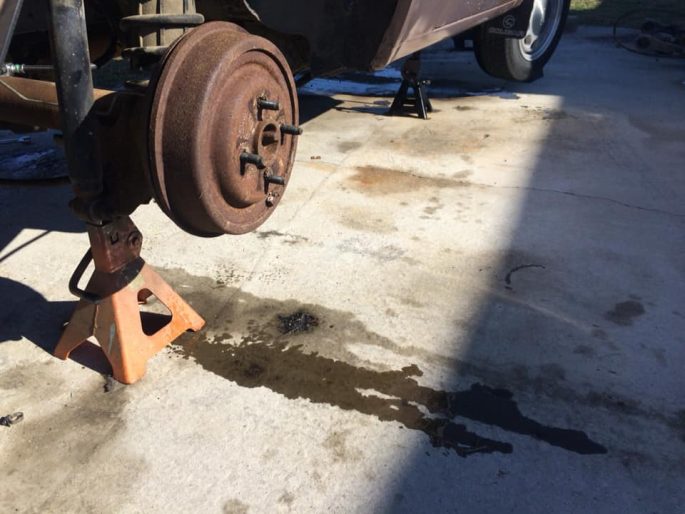 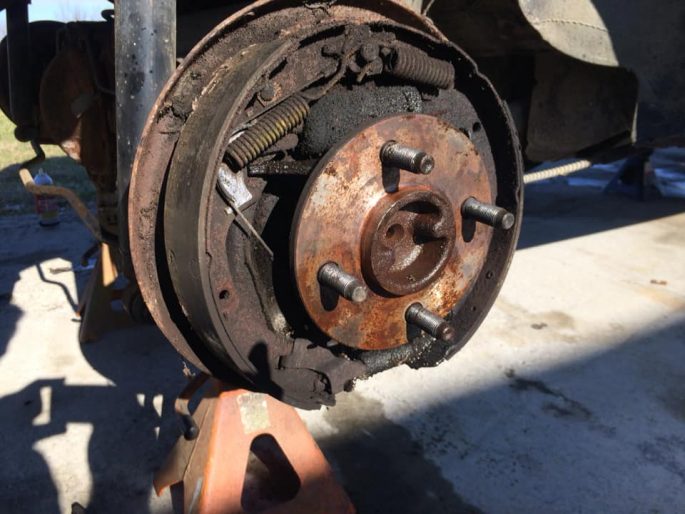 Both drums needed the living hell beat out of them just to free them up, both drums had brake shoes that seemed to be welded on, and once both drums were off, the visuals were unbelievably dismal. I’m not kidding, I believe that everything you are seeing here is original OEM parts. And I’m not kidding when I say that the open photo is after I used an entire large can of brake cleaner on the parts inside. As of writing, everything has been disassembled, cleaned, and I started reassembly just before sundown. So add a whole lot of rebuild kit stuff to the price tag. None of which I mind…The car can stay looking rough and the engine runs well enough for what I care right now. But I’ll be damned if the pedal will hit the floor again like it did. 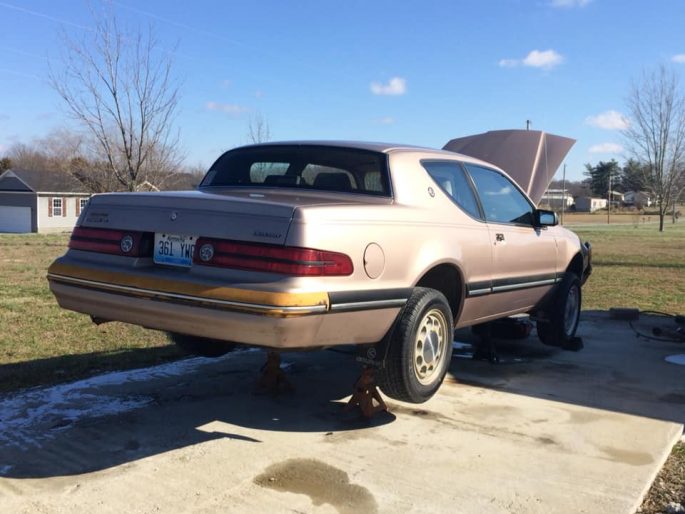 Four Uniroyal Tiger Paws: No cost, already had on hand (THANKS AGAIN, UNIROYAL!)

The Unexpected Restomod: This 1972 Ford Econoline Has Quite A Bit Of Hustle To It! Classic YouTube: The 2002 Camaro SS and Trans Am 35th Anniversary Editions