Project Raven: The History Behind Why I Adopted One Of The Most Unloved Mopars Ever 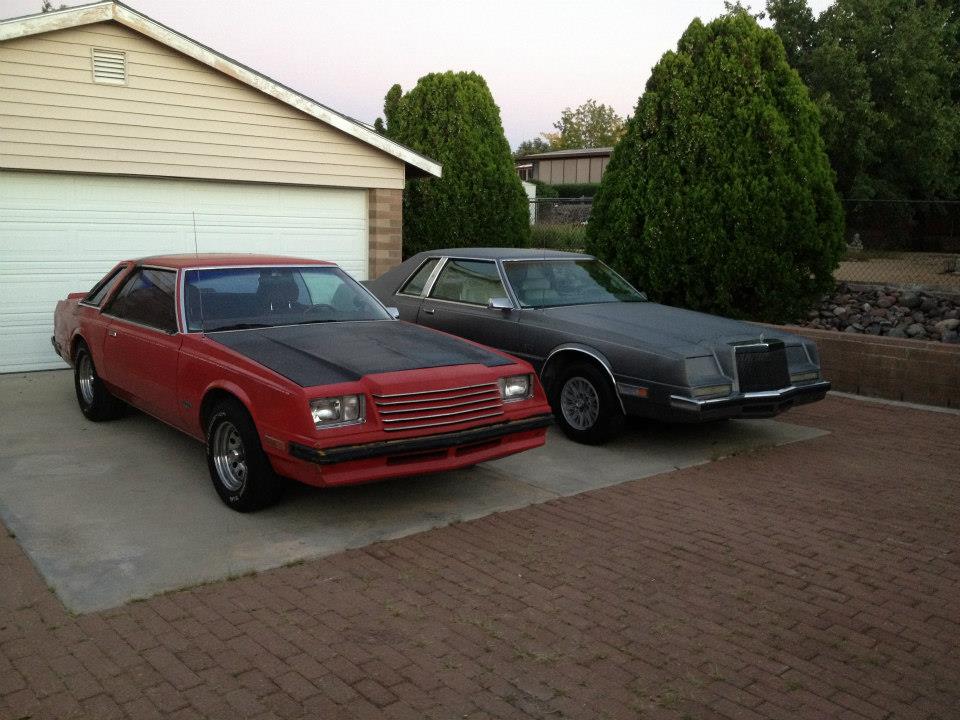 Easily, one of the most asked questions about the Imperial is, “Why?” A lot of people don’t understand why I chose to work on a Chrysler with no aftermarket support or rarity. So, I’ll explain myself a little bit here.

I’ve always had an “off” taste in cars. While part of that that taste developed due to the inability to afford more mainstream pieces, part of it was because I didn’t want a lot of them. My first car, at the age of 12, was a clapped out ’75 or ’76 Camaro. About the same time, two cars had arrived at my house: a ’76 Coronet coupe and a ’88 Fury that had been hit hard in the back end. My stepdad, Ron showed me just how indestructible those cars are, in great fashions. I won’t get into details here, but trust me…any less of a car and they wouldn’t have lasted a day. These things are damn near unkillable. The build quality those two cars possessed impressed me.

When the Camaro didn’t go anywhere but the junkyard, I got a ’78 Cutlass that probably either had a cracked head or an absolutely shot head gasket. That car got traded for a six-cylinder ’78 Impala coupe, and after looking for a parts car, I ended up with a ’79 Caprice coupe, my first build…ok, partial build…at the age of 14. I learned a bit of what not to do with this car (over-carb the engine, pancake a car to the ground just because, not put ‘80s Z28 wheels on anything…) but it was a fun build. After that, I had an ’87 Monte SS that I ran through the ground, then traded for my first F-M-J Mopar, a ’78 LeBaron coupe. A friend had a very nice ’79 coupe, and I drove the hell out of that car over several years. The LeBaron was comfortable, was great on the Interstate, and had a presence unlike any of the other cars. I loved it, but that’s about it. It wasn’t fast, it wasn’t racy. And while I liked that car, I missed hauling serious ass. 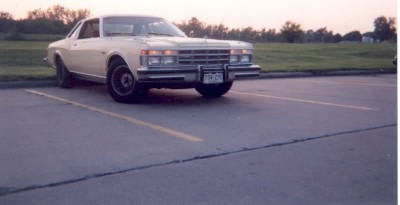 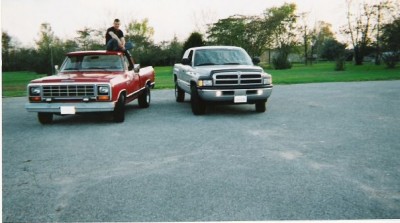 When I joined the Army, I had this brilliant idea that I had to have something newer and more adult, so I traded the LeBaron in on a ’99 Blazer when I got to Fort Hood, Texas…which proved to be the biggest piece of shit on Earth. Since I was young and didn’t have much coming in, I stayed out of cars until I went to Iraq the first time. I came back with enough money that I went on an automotive spending spree. I bought a red ’85 Dodge D100 because it was a four-speed truck, and after being tipped off over it’s sale on the Diplomat web board, purchased a legend of the Mopar world: the “Warhammer” Diplomat, an ex-Austin PD car that had a 360/4-speed swap. Driving it back to base, I was hooked: the car pulled like a freight train and made the right noises. I bought mags for it, put it into the paint shop and within a month, I had a ride that was worthy of print (It’s in the October ’05 Readers Rides section of Mopar Muscle). 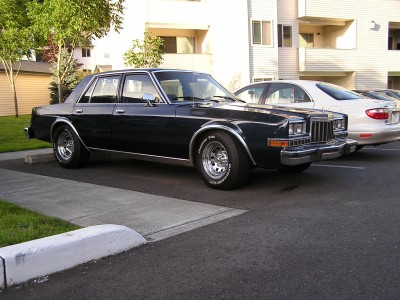 I sold the D100 to an Army friend after I realized I had to sell a vehicle before I had to move to Fort Lewis, Washington. I literally flipped a coin, and I can say if I had to do it again, I’d have to flip that coin again. The Diplomat turned into a fiasco shortly after arriving in Washington State. The fender got hit. The carb called it quits. Two wire fires. Plugged cats. You name it, the car fought me tooth and nail. But still, I wouldn’t give up. And I didn’t, even with a Chevelle, a Regal I was bracket racing, and other cars coming and going. I kept on with that car right up until The Incident. I had taken the Dip to a guy I knew and had been stripping a Fury for a new interior while getting the engine out to fit headers onto the car. (Don’t judge. Hindsight is 20/20, and I didn’t have people to show me the ropes.) While the engine was out of the car, the coolant in the block froze, and the 360 cracked. About the same time, my first marriage did too, so I backed out of cars completely: I shoved my Chevelle into a storage locker and scrapped the Diplomat. 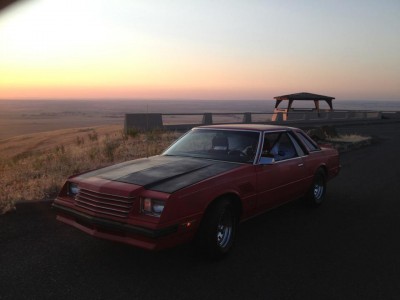 A few months later I realized the error of my ways and purchased the $600 Mirada I named the SuperBeater. I didn’t have grand plans for it, but instead just wanted to drive the ever-living hell out of the car. And I did. I willfully admit that I beat that car like none other before or since that I have owned, and it took every solid ounce with minimal bitching…right up until December 2010, when the 318 decided that it had enough.

Next Update: The build of the 323ci V8, final death of the Mirada, and the beginning of the Imperial 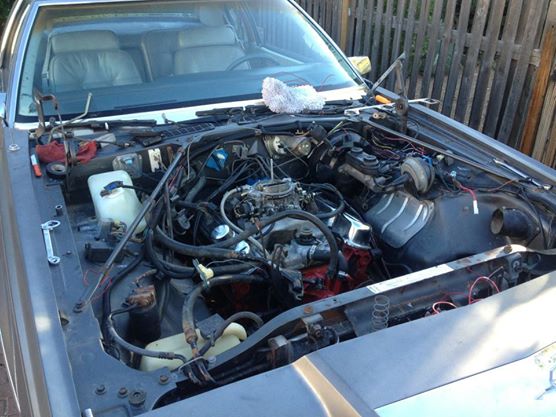 Do You Like Seeing NASCAR Stock Cars Run Around The Road Course? Rough Start: 1987 Dodge Ramcharger, Ready to Rock

8 thoughts on “Project Raven: The History Behind Why I Adopted One Of The Most Unloved Mopars Ever”