Question Of The Day: What Else Will Get The Hellcat Treatment?

The numbers don’t lie, the Hellcat engine has been quite a stimulation for Dodge’s sales, with the Hellcat getting a surprising start. And the Charger Hellcat has been warming the hearts of minds of all of the journalists who have had the luck of driving it just as much. And with Dodge CEO Tim Kuniskis wanting the Hellcat vehicles out to the public as easily as they can be, it would make sense to spread out the engines to other models. But which ones? According to Dodge, the Viper is out because of a clearance issue, and that the Ram trucks aren’t being considered “right now”.  That leaves two good options: the Durango/Grand Cherokee and the Ram truck. Reportedly Jeep has trademarked the “Trackhawk” name (what, exactly was wrong with SRT-8?) so there might be a solid chance of seeing a Hellcat Jeep Grand Cherokee. But there are plenty of vehicles under the Mopar tent that could use the kick in the ass that the Hellcat treatment has been. So what should be next? Should the Dart become the rally rocket that the Global RallyCross cars showed that they could be? Hot rod Caravan? Maybe there’s hope for the Renegade after all…it could certainly help the attractiveness level, though I don’t think it would be quite as successful as a jet car’s afterburner.

So, take a good whack at it, and build up an interesting FCA creation out of the not-so-inspiried current offerings…you have to be able to do a better job than the regular departments. 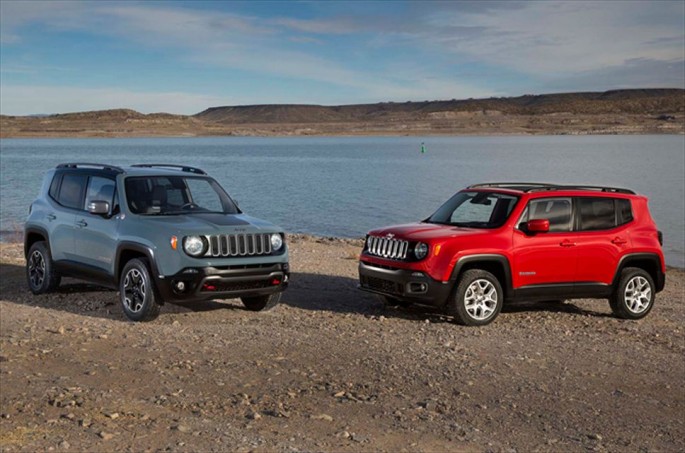 Unhinged: The Dangers Involved With Pushing The Limits Is Simply A Reality And Must Be Accepted Peak Antifreeze To Sponsor John Force's Funny Car For 2015 And Beyond

21 thoughts on “Question Of The Day: What Else Will Get The Hellcat Treatment?”