More Recall Woes, This Time It’s Honda And Toyota’s Turn. And You Won’t Believe What This One Is For!

Yesterday we reported on GM’s latest woes as they called back every 5th gen Camaro made for a key that could stall the car out…if your knee hit the key hard enough, the car would stall. Well, that’s cute. Toyota has had to recall over 800,000 cars for an airbag inflator that can shoot shrapnel into a person’s face. Yeah, instead of a somewhat soft pillow saving your hide from the steering wheel, you get a shotgun blast to the face, complete with peppering shrapnel. Nice.

The problem has been sourced to the inflator manufacturer, Takata, and has been found in cars from six manufacturers. Honda is reportedly considering a recall, and BMW, Nissan, Pontiac and Mazda are also affected. The inflators were shipped with propellants that were either improperly stored or simply “botched” (that has no explanation of what that means, which is all the more frightening) and Takata doesn’t know how many inflators were affected. Toyota is taking the smart route and instead of guessing what inflators are bad, are replacing every one, to be safe.

Cars affected by this new recall were manufactured between 2002-2004 and include the Lexus SC430, Toyota Sequoia, Corolla, Tundra, Matrix and the Pontiac Vibe. No word yet on what cars are affected by the other manufacturers.

Is this the face of a car that would hurt you? 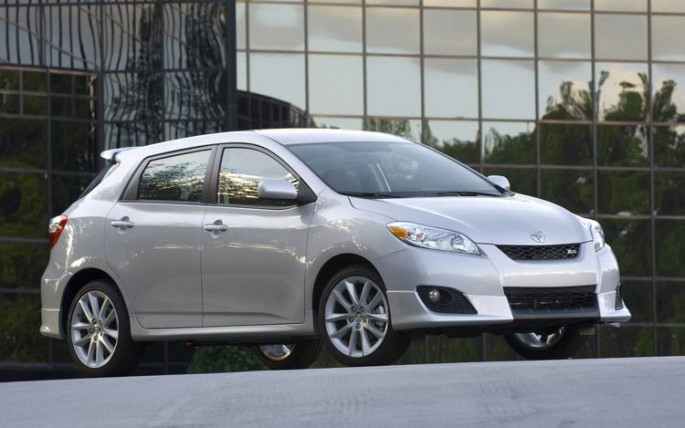 14 thoughts on “More Recall Woes, This Time It’s Honda And Toyota’s Turn. And You Won’t Believe What This One Is For!”