Sideways with Rodney Prouty: Remember Where You Came From 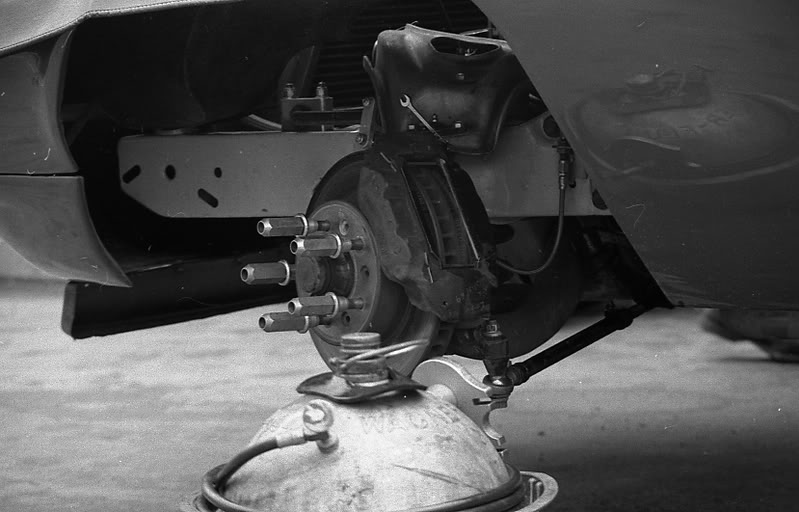 (Words and Photos by Rodney Prouty)  Every day I walk into work at a speed shop where I see black and white images of our racing legacy. We have tattered old posters of racing events at historic places like Half Moon Bay Dragstrip and Lions Speedway along with trophies from Bonneville to Fremont. I got to thinking the other day that I really have to remember those ingenious guys back-in-the-day who, like me, just wanted to go faster. All of this became even more evident as I read a story titled “Camaro- untold secrets” I became acutely aware that we think that we are so smart ‘coming up with all the ideas’ when in fact, racers have been doing the very same things for years. I need to make a point of talking a little more to some of the old race guys who come into the shop for spark plugs and to shoot the breeze. I’m pretty sure I’ll learn something from the stories that I won’t get out of the online forums. 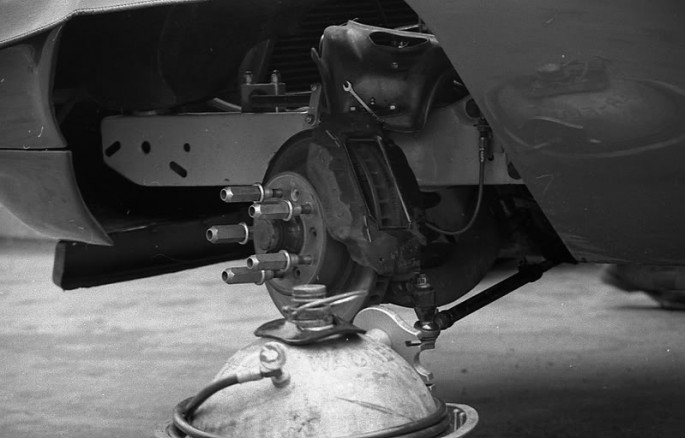 [Look at this old Penske picture, can you see all that new technology back in 1969 adjustable tie rods for bump steer, solid body mounts about a 1/2in thick for a lower body, Corvette 4 piston brake caliper and braided brake lines, solid mounted sway-bar with sliding adjusters, just what we’re doing in 2013, we haven’t reinvented the wheel guys, its still round]

Hearing Paul Newman (the first racing Paul Newman) of Newman Car Creations tell John Hotchkis about his days racing and building cars for the Pike’s Peak racers – they were dropping names in racing history like they were their bank tellers. (In a good way, Mr. Newman is nothing if he isn’t one of the most kind and humble men I’ve met in a long time.) 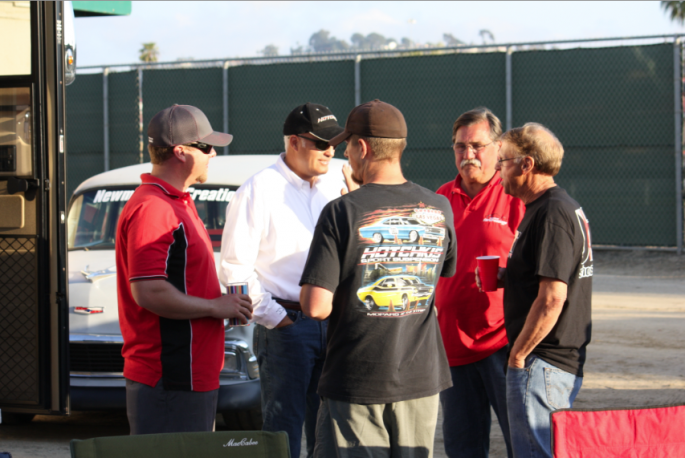 Asking Bruno Gianolli (Of Champion Speed Shop and Reggie Jackson Racing fame) to tell me about the Organ Grinders racing days back in the 50’s — hearing how they were the first pit crews with uniforms and that each team member was issued a small case that contained all things necessary for a fleet of cocktails trackside. By the way, the uniforms all bore the name ‘SAM’ the name of their mascot Mule who was dragged out to the Drag strip for each racing event, and if you had a question they always directed you to the other Sam.

What about the old guy down the street who thinks your car is ‘neat’ and seems to know all there is to know about cars? Chat him up, I bet you’ll get something out of it and I know he’ll feel good about telling you. If you don’t talk to these people, you won’t know where you (as a racer) came from, and believe me, you aren’t the first. Let’s listen a little more, learn a lot more and be better racing citizens for it.

While writing this, I thought that I would just talk about some of the things I have learned from chatting up the silently famous guys that I routinely cross paths with, and then I realized that there is even more to the story — what about the people who have helped me personally get to where I am today? Not just Bruno’s daily chastising of my ‘stupid kid’ ways (YES- he is still building racing engines at age 82). But what about the semi-and not so- famous people? The guy who runs the track at the GoodGuys Autocross events who patiently talked me onto the course that first time three years ago, only to have me wipe out half of the track on my first run (Okay, I wasn’t quite ‘that guy’ but I’m sure at least one of you unintentionally was). What about the National champions who’ve ridden in my car with me? (I’m sure they were scared witless and still told me I was doing well), and those that have driven my car and coached me on more courses than I can count? And I will never forget the countless help and answers I’ve gotten from mechanics, race car drivers, forum guys and random people.

But, most importantly, what about the friends I’ve won who have rooted for me, competed with me and been my biggest supporters? Even the very last DelMar Race just weeks ago when I was doing OK but could have been better, when after a run as I stepped out of my car and my friend Mary grabbed my arm and walked me to the fence line and pointed to a cone and said “see that cone? Just drive around it! You hit it evey damn run, you’re killing your runs with it.” What I’m I suppose to say to that? “OK”, is what I said and counted on my actions speaking louder than words. Nothing reinforces the correction of a bad habit like a friend stabbing it into your brain. 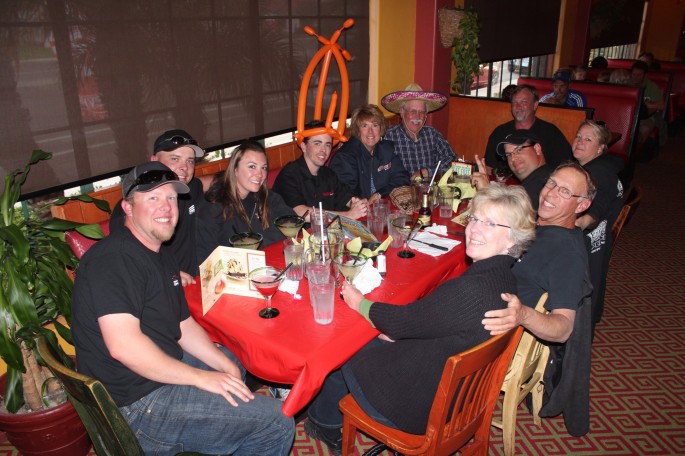 I owe a huge debt of gratitude, for the stories and advice I’ve listened to and received throughout my life; I must pay this debt forward in order to keep it going. While I’m on the subject of debt, building my car and racing autocross has not made me a rich man. However, while I probably have less money in the bank now, I have had rich life experiences and great friendships that will last a lifetime and have made me who I am today. Everyone with a fast car should be as happy as I am. Think about this the next time some old guy at the races or car show says “I used to have a Firebird exactly like this!” and he’s referring to your Javelin.

8 thoughts on “Sideways with Rodney Prouty: Remember Where You Came From”