Spoilsports: Subaru Will Not Be Selling Our New Favorite Forester Ever. 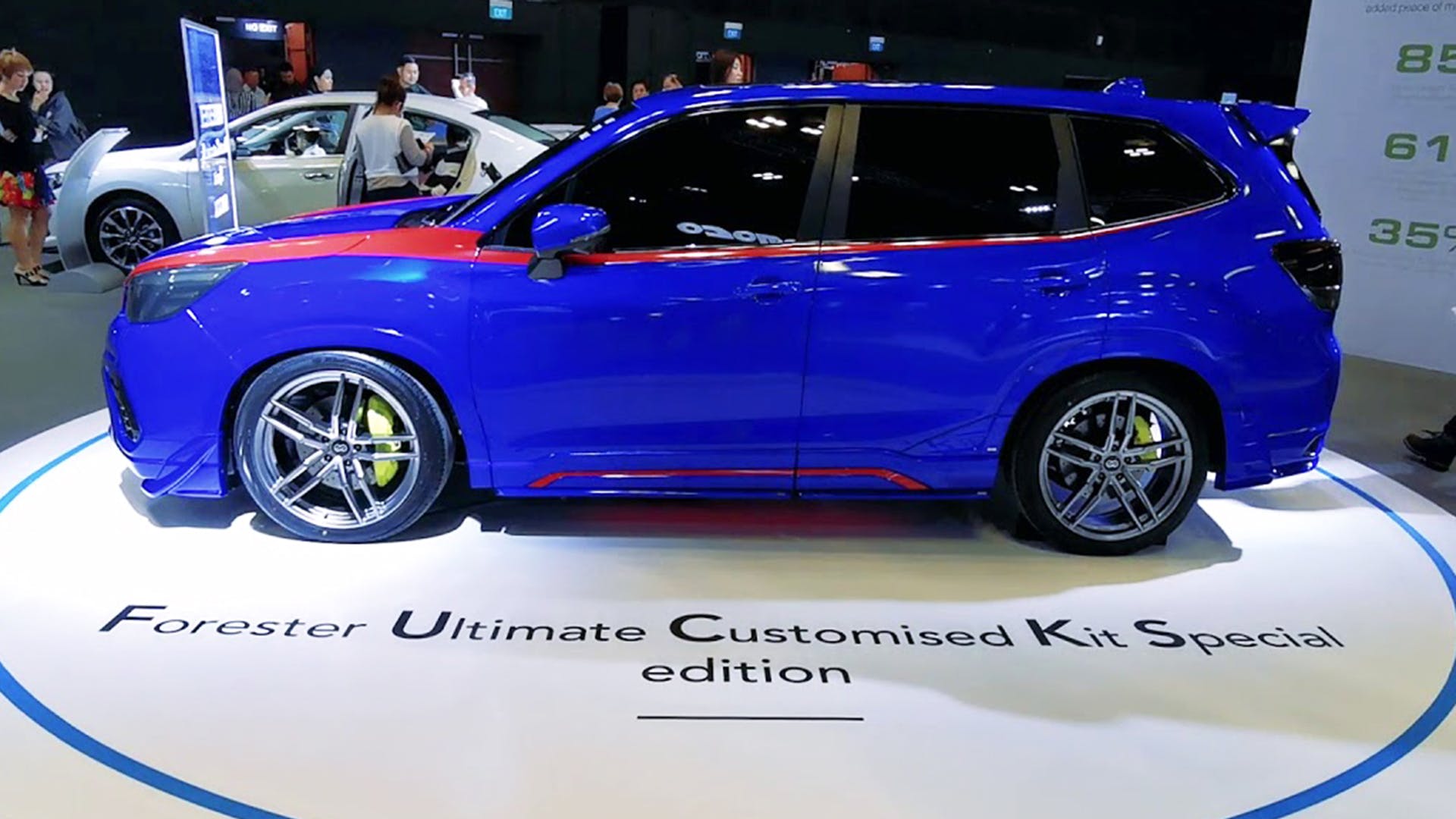 So, about a week ago, the internet lit on fire over a Subaru Forester. Not just any run of the mill Forester, mind you…they have all the excitement of a bowl of plain oatmeal gone cold. No, this was a trimmed-out and sporty version, lowered, looking all for the world like a Forester STi that we know Subaru really doesn’t have any interest in building. But there it was, on display at the Singapore Motor Show, with it’s name proudly printed underneath the wheels: Forester Ultimate Customised Kit Special. Or, if you’re bad at acronyms, it’s my favorite swear word in the plural form. The one that starts with the letter “F”. Yeah…THAT word.

Most of the internet had a laugh. Lots of people were ready to applaud Subaru for making such a ballsy move. But unfortunately, that doesn’t seem to have been the case. Instead, the Subaru Forester F.U.C.K.S. turned out to be a kit whipped up by the local distributor special for the show.

Courtesy of The Drive, here’s Subaru’s statement that was sent out to dealerships:

Yesterday afternoon we learned about an unfortunate situation related to the name given to a special edition Forester by the independent distributor in Singapore. We want to make sure that you and all of your customers know that Subaru of America, Inc. (SOA) and Subaru Corporation (SBR) had nothing to do with this.

We apologize for any negative feedback this may have caused. SBR has had the name removed from the car at the Singapore Auto Show. We work very hard to build a strong brand image for this company and the naming of this vehicle in no way reflects the values and standards we hold true. Furthermore, we will always do our best to protect our brand’s integrity.

This vehicle was created by the distributor for the Singapore Motor Show and it goes without saying that this car will not be available in the United States market.

I get that there might be kickback over the name. Automakers get squeamish when the public gets upset over a model name (See also: Dodge Demon) and that Subaru of America doesn’t want crunchy granola types to accidentally see that name next to their precious soft-roader lifestyle wagons, but c’mon. We were hoping Subaru would’ve had some guts and would’ve at least doubled down on the humor.

Skycrane And Skyline: Changing Out A Television Transmitting Antenna Over A Quarter-Mile Up! Here's Your Chance To Own A Hot Rod Based Business Where You Get To Drive One ALL THE TIME!

One thought on “Spoilsports: Subaru Will Not Be Selling Our New Favorite Forester Ever.”