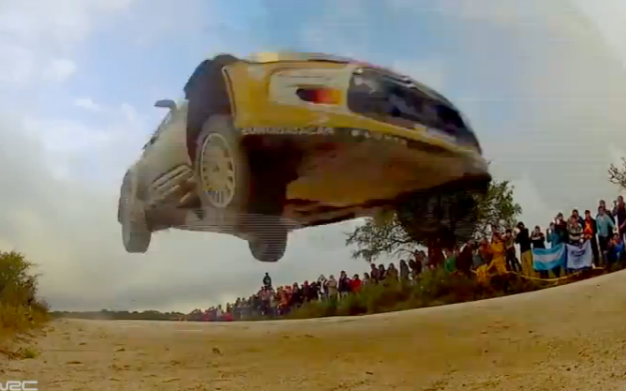 We just got done talking about Ken Block and his crazy rally antics last year but in reality, World Rally Championship (WRC) is the place where the biggest dogs on the rally porch hang out. This is an international racing series that we’re sure you are familiar with, especially if you sway toward the 20s and 30s demographic because more and more younger guys are fans of this type of racing. The big news we got from the people at MAVTV yesterday is that the network will be airing the entire 2014 WRC series LIVE!

We’re not sure if they are going to use the European announcers or have American guys in studio doing the commentary on the feed like the SPEED (RIP) Channel used to do with Formula One. Just in case, Chad and I have filed our resumes for that job. I’ll have to work on my Swedish and Norwegian annunciation skills for driver names but I am willing to step it up. We’re pumped up for MAVTV because the network is really putting an effort forward to be the premier motorsports carrier in the country. With their recent live broadcasts of the Chili Bowl and the late model Winternationals, they have added a whole new dimension to their operation and this is yet another. We know some of you may not get MAVTV on your current cable system so you need to make some noise. Call your provided and get the channel added. These guys are crushing it with race coverage that you want to see.

HERE’S A PREVIEW VIDEO FOR MAVTV’S WRC COVERAGE AND BELOW THAT IS THE FULL WRC RACE/TV SCHEDULE!