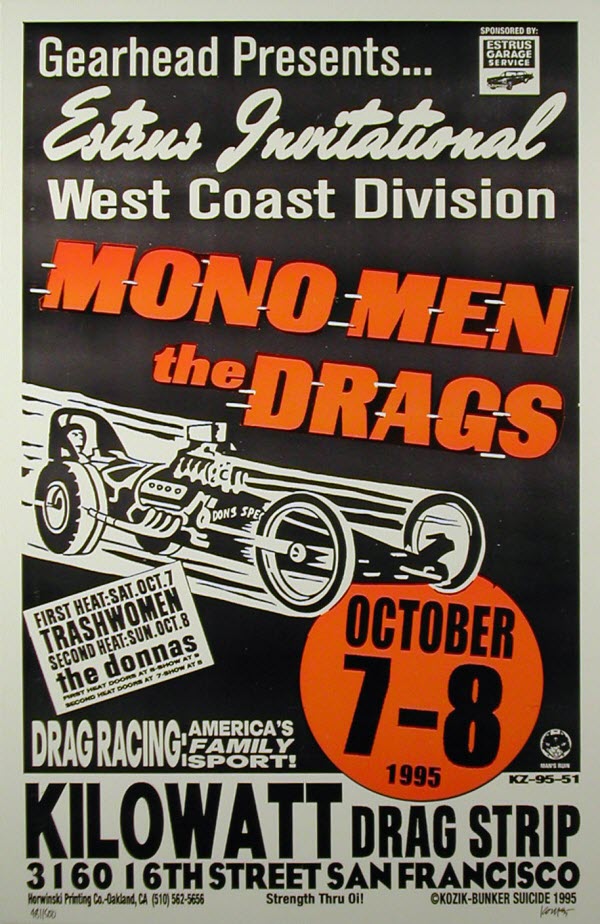 Last week, I mentioned Gearhead Records and Gearhead Magazine, and I walked out into the garage to work on the Blazer project and one of my posters smacked me right in the face, sending me all the way back to 1996. My wife and I just got married, and we were on our honeymoon in San Francisco. We were wandering around and I ended up in a poster shop. Not the kind of place that had posters of cats clinging to branches saying “Hang In There.” The kind of place that changes the way you look at things.

No, this place had honest-to-God prints of some of the coolest rock and roll posters ever, many of which were signed by the original artists. That’s where I got this poster, penned in the style of a vintage drag racing poster, announcing a show from the year before at the Kilowatt in San Francisco. The lineup? Holy crap, I’d kill to see that now: the surf-weirdness of the Monomen, the garage-punk stylings of the Drags, and with the Donnas opening, for crying out loud. 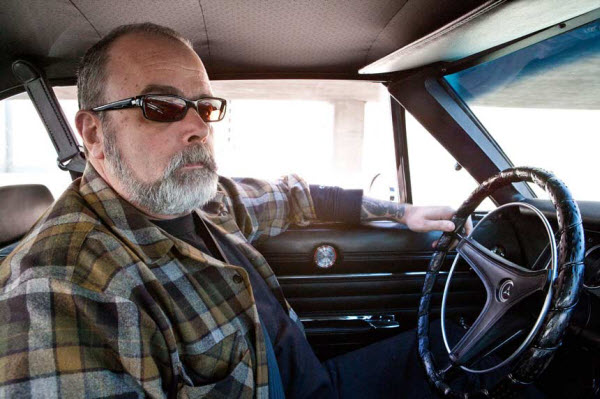 But I digress…back to the poster. It’s signed and dated, a run of just 100, and it was originally conjured up by a guy named Frank Kozik. He’s gone on to bigger things in different media, creating posters for Pearl Jam, Nirvana, Soundgarden and other huge bands, but his poster art for small acts in tiny bars in the early 1990s was KILLER. 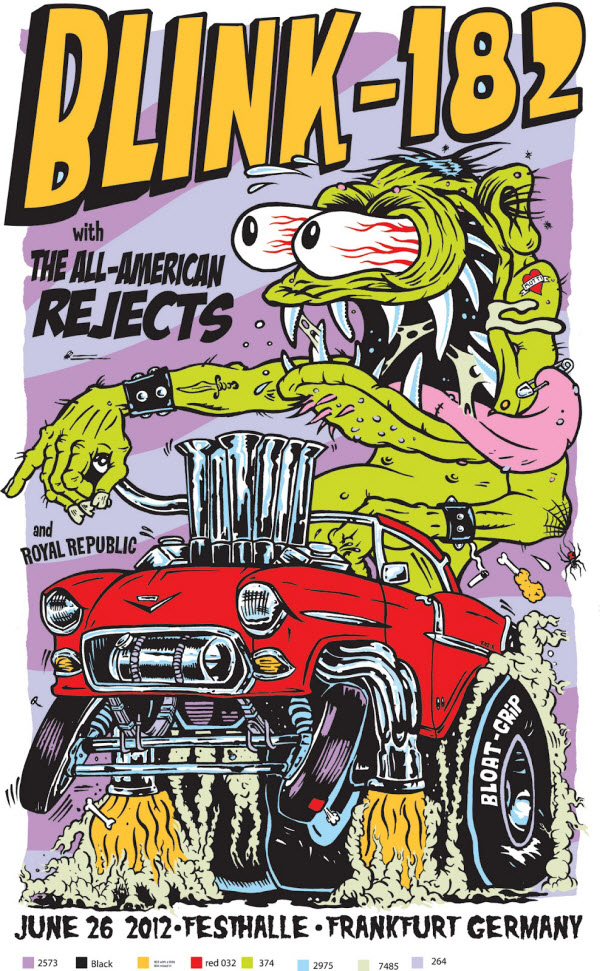 A lot of his work owed a huge debt to Ed Roth, with a series of Rat Fink posters, like this one for a Blink 182 show in Germany in 2012. He was also influenced by a lot of comic book art.

Kozik was born in Madrid, Spain, under fascist leadership. When he was 15, he moved with his family to Sacramento, California. At the age of 18, he joined the Air Force and was serendipitously stationed in Austin, Texas, where the music scene was absolutely exploding. He stayed there after his discharge from the service.

Kozik moved to San Francisco in 1993, where he founded Man’s Ruin Records. Man’s Ruin specialized in 10-inch EPs, usually in limited runs. The Queens of the Stone Age released their first album in a run of 2500 black vinyl, 300 green, 200 orange/yellow, and another 198 blue vinyl “tour edition” records. Bands like the Mono Men, the Nomads, the Melvins, the Hellacopters and even the Sex Pistols were on the Man’s Ruin label.

It’s where all this great artwork from the early-t0-mid-1990s came from. 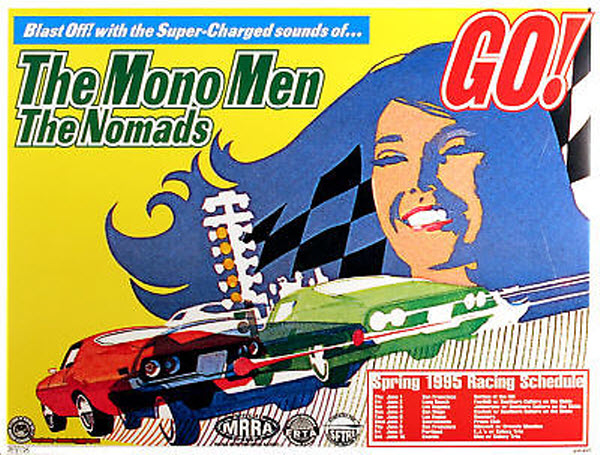 For a short period in 1995, this Monomen and Nomads tour poster was all over the place. Featuring dueling early second-gen Camaros, it’s based on Kozik’s vision of an NHRA poster from the early 1970s. 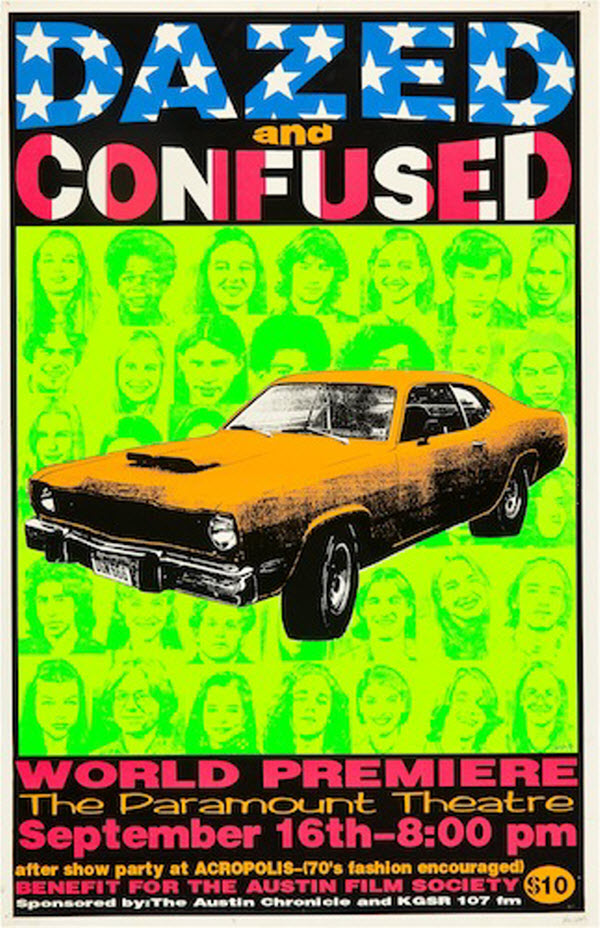 Probably the rarest Kozik poster around is the limited run of 500 he did for the world premiere of the movie Dazed and Confused  at the Paramount Theater in 1993. From Kozik’s blog:

Director Richard Linklatter originally commissioned me to design a crew t- shirt for the production crew for a wrap party gift. On the original t-shirt design I used photos from my high school yearbook for the background. He really liked the t-shirt, so he had me do a silkscreen posts for the world premiere in Austin, but had me replace the original background with pictures of the cast.

This poster was printed as a silkscreen originally, and has since  been reproduced several times in other formats for anniversaries of the film, special edition packs etc.

Even the 10 year reunion reissued poster is worth something today. You see them turn up on eBay for $100. An original poster can easily run into the thousands. 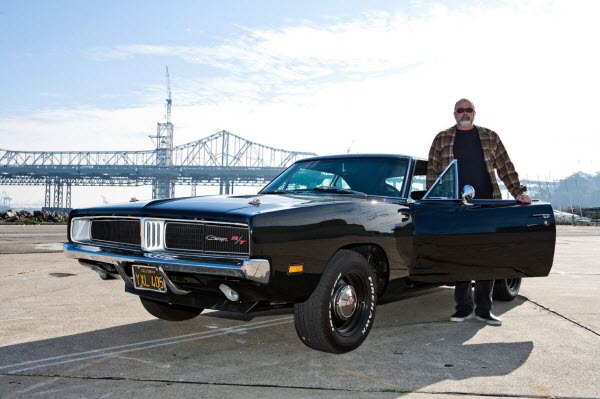 Today, Kozik owns a Bullitt-style 1968 Dodge Charger that he said in an interview with Inside The Rock Poster Frame, will run an 11-second quarter.