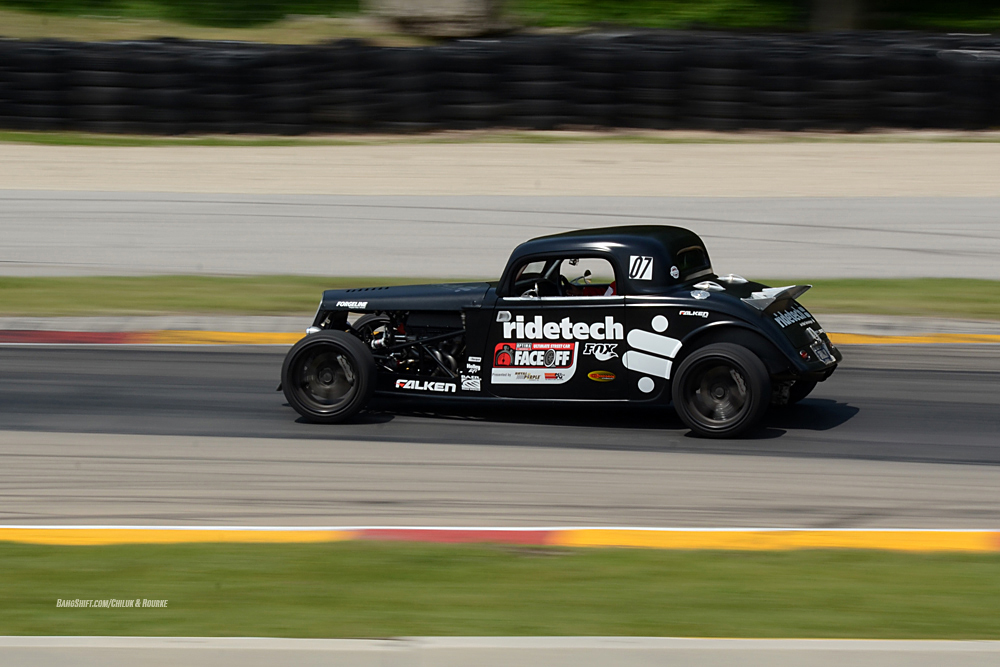 That’s right folks, BangShift Sponsor Ridetech was on top of the podium at this past weekend’s Optima Batteries Faceoff at Road America 2013. With 22 Ridetech customers in the competition, the familiar Ridetech logo was everywhere. And when all the scores were tallied, they were in the most important spot with Bret Voelkel in the Ridetech “Lambo Killer” ’33 Ford taking the overall win, as well as the top spot in the Wilwood Speed Stop Challenge. The funny thing is that Bret, and most others, thought he had won the Ridetech Street Challenge Autocross as well, but in fact had been beat by Dennis Prunty in the final moments of competition. The most heated battle of the day went down on the Speed Stop Challenge though with Brian Finch making more than 20 runs in an attempt to beat Voelkel. He was successful, for a while. With only 5 runs on the Speed Stop, Bret came out and put down a huge 19.51 second lap to take the lead. A lead that he would not give up, although Finch got within 1 hundredth of a second with his 19.52 second lap. It was crazy close and super fun for all the competitors, and you can see the full results below. Tom McBride was also on hand driving the Ridetech 48 Hour Camaro for the first time in competition and finished 11th after telling us how great the car was, and how not great the driver was this weekend. We think there are 60 guys who finished behind him that wish they were as un-great as Tom!

We also have great photos of the event at the link below, along with the announcement of 4 new invitees to the Optima Ultimate Street Car Invitational in Pahrump Nevada this November following the SEMA Show. 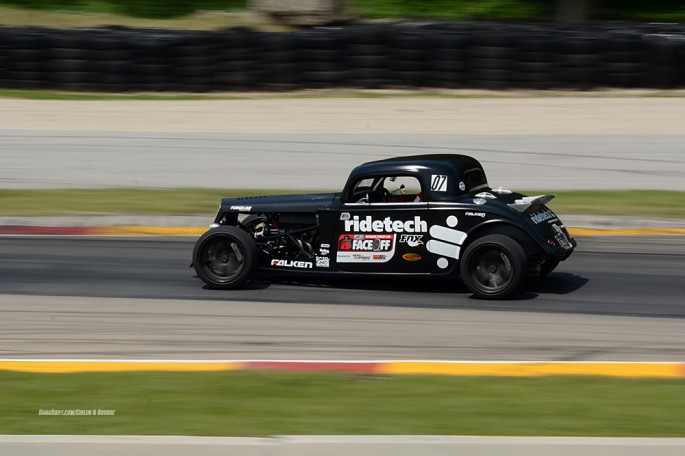 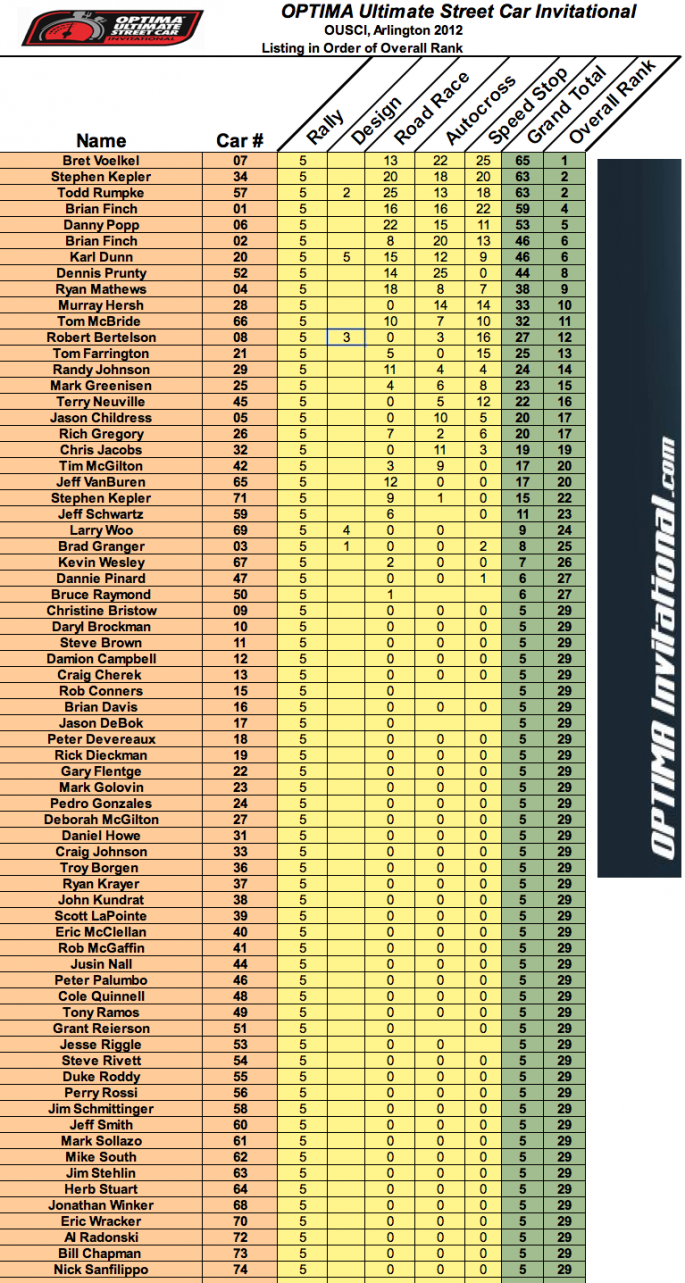