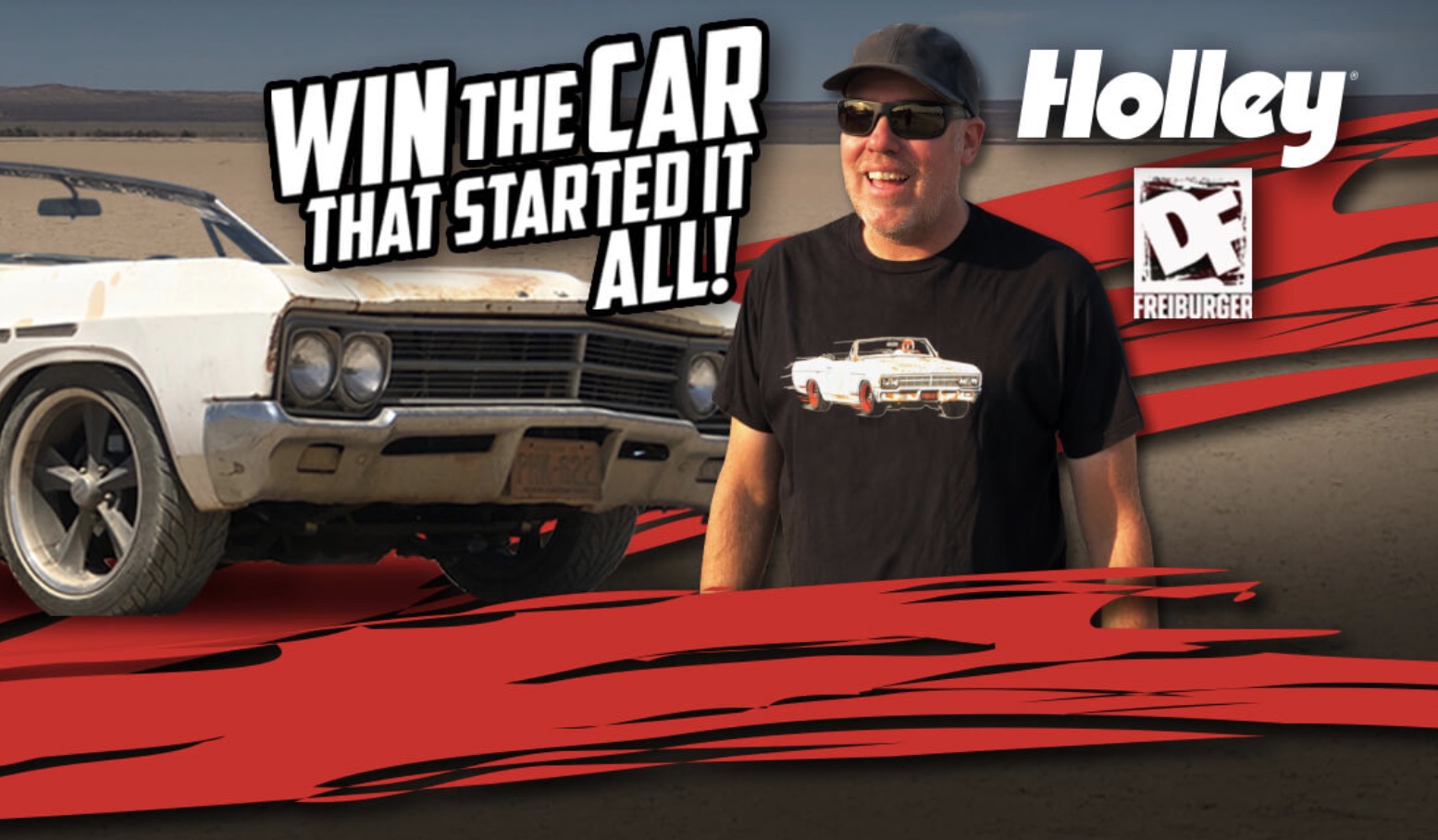 Before the Roadkill web series was even a thing, there was a MT show called Hot Rod Unlimited. In one of those episodes, the genesis for the Roadkill theme of the early days was formed when Freiburger and Finnegan took on a 1966 Buick Special convertible that had been occupying an Arizona backyard for decades. The car had originally belonged to Petersen’s 4-Wheel and Off-Road and JP alum Rick Péwé’s mother for years before the car was shoved into it’s resting area after the transmission completely quit. With a few days of work time, the Special was unearthed, rehabbed, and driven back to California, and it was that adventure that kicked off a media monolith. The Buick has seen air time in a few episodes but mostly, the car was built to be a useable daily driver with better handling and braking skills than it ever had stock.

We don’t quite know the details on how Holley managed to come into ownership of this car, but they’re wanting to give it away. Seriously, from the rules:

“6. Prizes and Approximate Retail Values (“ARVs”): one (1) Grand Prize: Subject to verification of eligibility and compliance with these Official Rules, one (1) Grand Prize Winner will receive one (1) 1966 Buick Special Convertible having an approximate retail value of $4,800.00.”

What do you have to do? Visit Holley.com, fill out the form and you’re in the running for a chance to win automotive Genesis. No, not a Hyundai…yeesh, what’s wrong with you? You will get the Arizona drop-top with the road sign floorboards, the CPP Suspension parts, and a front disc brake conversion, along with modern rolling stock. Tetanus shot is not included. 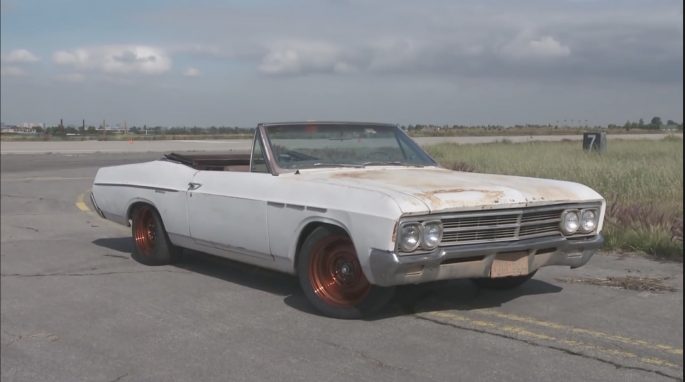 2 thoughts on “Win A Car You’d Really Want: Holley Is Giving Away The 1966 Buick Special Convertible That Started Roadkill”