The Tale Of The Datsun 280Z ZAP: The First Car/Video Game Cross Promotion! 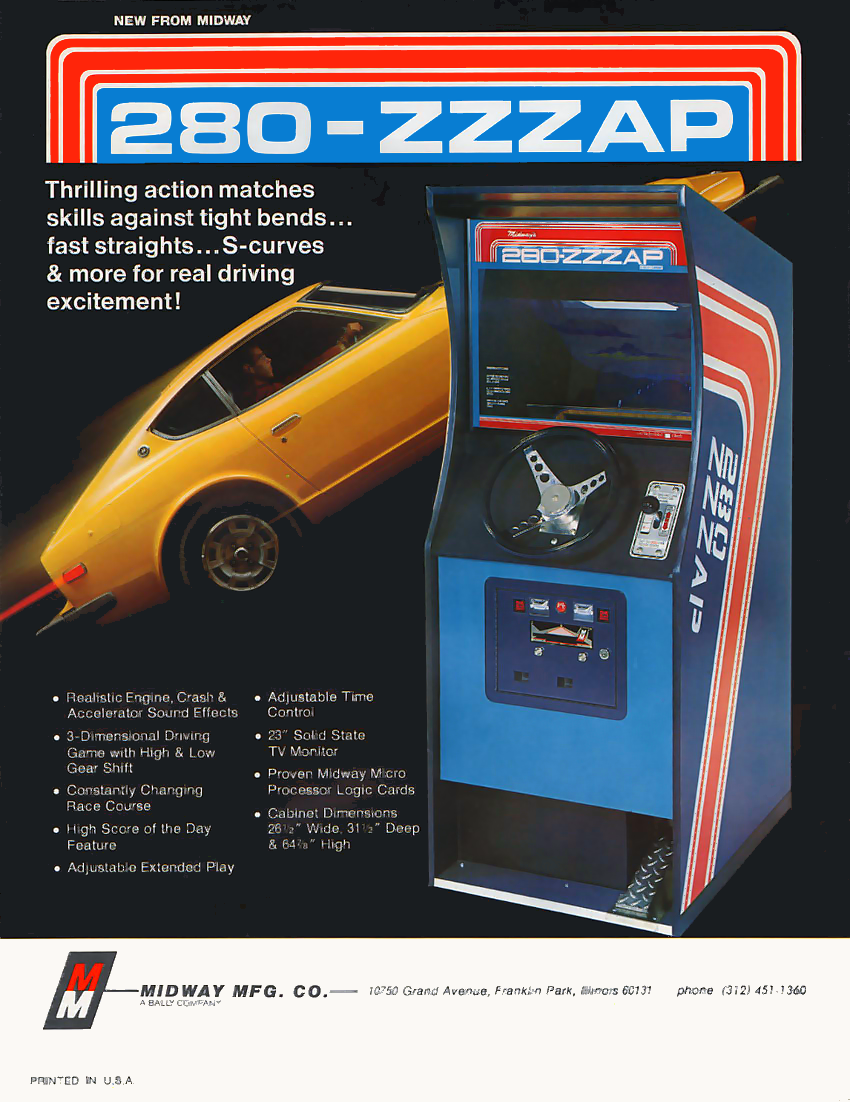 Picture this: It’s the mid-1970’s, and you work for an up-and-coming Japanese car company making serious inroads in the market. You have a successful sports car that you’ve been selling for a few years, but it’s getting a little long in the tooth. So, you do the most 70’s thing you can with it: you create a stripe package special edition! But there are so many other cars in the market doing the same thing, so you need to differentiate yours from the rest. But how? And then it hits you. You decide on creating a joint venture cross promotion with a new industry that’s sweeping the nation: Video Games. Genius!

As BangShift’s self-proclaimed Video Game Connoisseur, I always keep an eye out for games that have something to do with cars. My interest in gaming goes way back to the days where you could barely tell the object on the screen even resembled a car. You remember our review of the Atari 2600 classic Dragster, right? While Dragster, a game released by Activision in 1980 was cool, it’s origin came from an earlier arcade game called Drag Race which was released in 1977. The 1970’s were a very strange time in the world of video games, as they were still in their infancy and developers and manufacturers were trying all sorts of things to get people to sink their quarters in their games. That said, most games were either 2-player combat games, Pong clones, or very basic racing games. A year before Drag Race graced the arcades and bar rooms of the US, Midway Manufacturing and Nissan/Datsun teamed up and released what is considered the very first video game/product promotion: Datsun 280 ZZZAP. This game was made to promote a trim package on Datsun’s 280Z known as the 280Z ZAP. 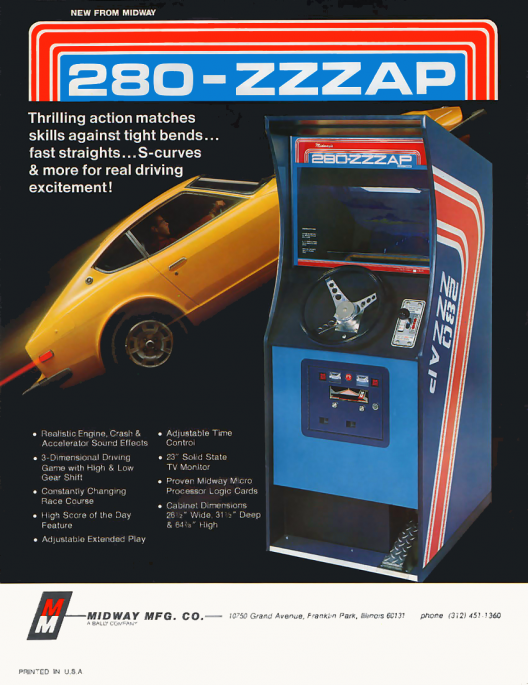 The Datsun 280 ZZZAP game was released by Midway Manufacturing in 1976, and developed by Dave Nutting Associates. Wait… Dave Nutting? No, not OUR Dave Nutting! Just like our Dave Nutting, this guy was a man of many talents. He worked for a design firm that had a hand in helping design all sorts of stuff, and he found himself working on things ranging from lawn tractors, cookware, and even aspects of the Jeep Grand Wagoneer. After leaving the firm, he started his own business focusing on arcade games, where he collaborated mainly with Bally and Midway. Midway was one of the largest arcade game manufacturers from the 1970’s until they went bankrupt in 2009. Like many of the games back then, it was a derivative of an existing game. In this case, they took some ideas from Atari’s popular Night Driver game, also released in 1976, and added a lot more Z’s. 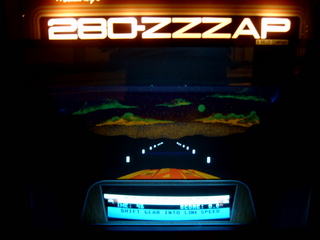 The gameplay is very simple. You must drive your Z as far as you can until the time limit expires. Like many arcade games released in the 1970’s, graphics were crude and only generated in black and white. Midway used background and foreground artwork to simulate a horizon in the distance and the nose of the Z.

Here’s some really terrible footage of the arcade game: 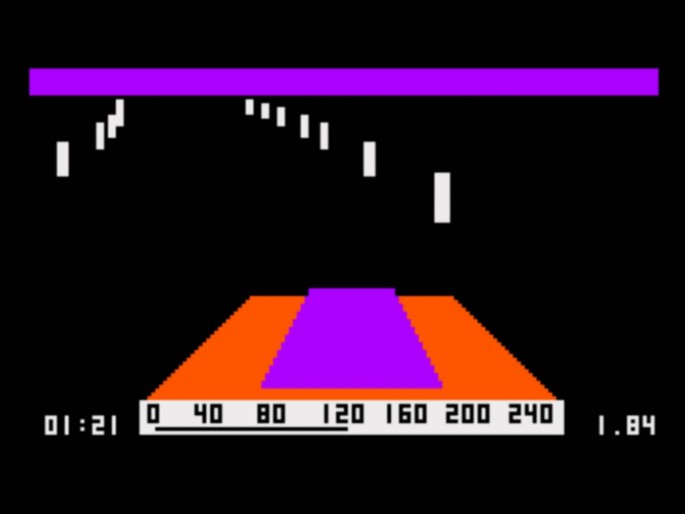 A few years later, the game was actually granted a home release on the equally rare Bally Astrocade home console. And yes, the OTHER Dave Nutting was involved in that, too. Weird, right? This time, they simulated that painted-on Z nose with in-game graphics. This perspective is still being used today, and I can report that I use it regularly while piloting my modified Datsun Z in Forza Motorsport 6 on the Xbox One. It looks a lot better now, obviously!

And now, let’s look at the car. 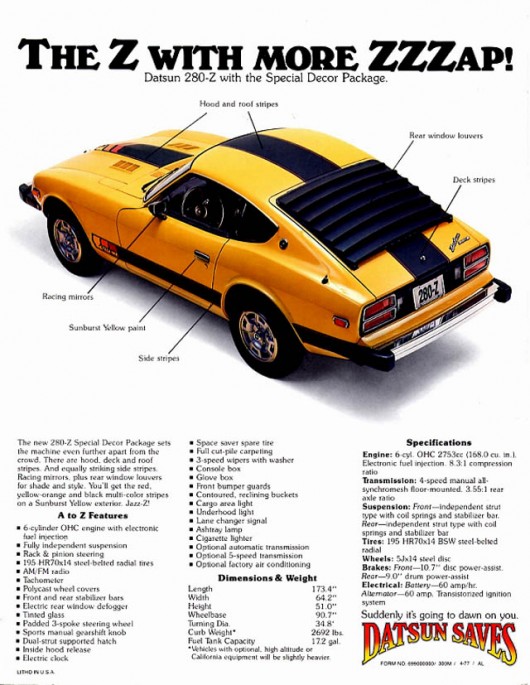 Datsun SAVEZZZ!!!! Man, they loved the letter Z back then, didn’t they? 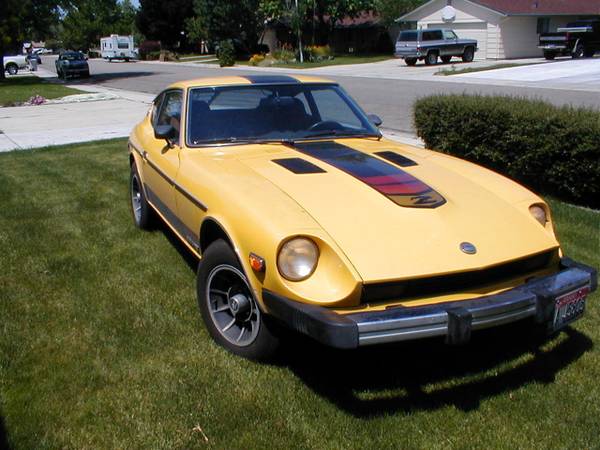 This example is one of the surviving few left out of an estimated 1000 built for the 1977 model year. By 1970’s standards, this is a fairly tame stripe package. All cars were yellow with multi-color stripes on the sides of the car, as well as a large stripe that goes from the hood bulge to the rear of the car. A set of sweet rear window louvers and special wheels round out the package. Unfortunately, they also have the battering ram 5mph crash bumpers on each end of the car. 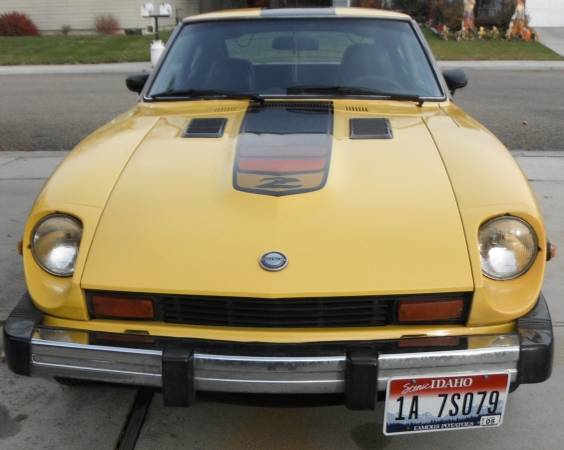 The seller of this one says it could be the last one on the planet. Whether that’s true or not, there’s no denying that it’s a rarity. Unfortunately, it is just a sticker and stripe package, but the 1977-78 Z’s did offer a few upgrades over previous years. New for 1977 was an optional 5-speed manual transmission. Back then, this was a big deal. Most sporty cars in which you chose to row your own still utilized four speed gearboxes. Also new for 1977 was a cool set of hood vents and a larger fuel tank. 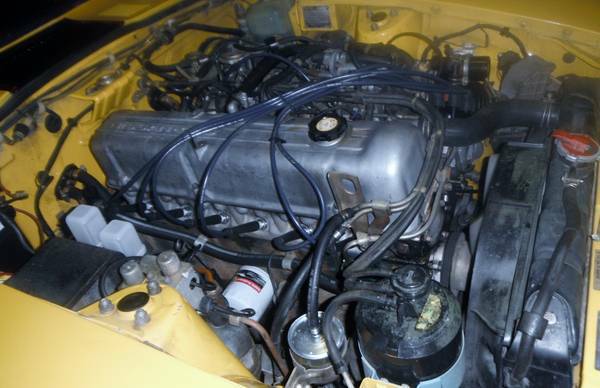 Under the hood, you’ll find the tried-and-true L28 inline six paired with rudimentary Bosch L-Jetronic electronic fuel injection. This engine belted out 170 horsies, which was impressive back in the dark days of the Malaise Era. And as you know, you can do all sorts of things to these engines to make them go. This one is said to run well, and has just over 83,000 miles on the clock. 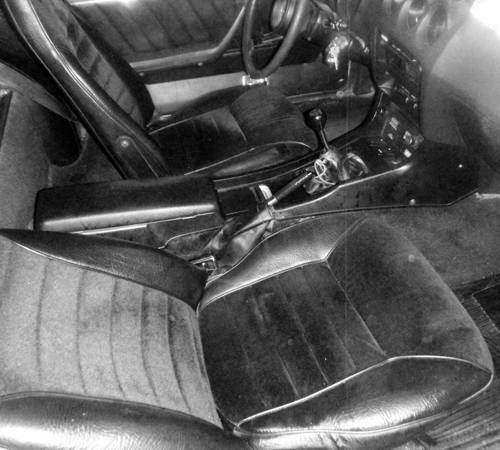 As small as these cars are on the outside, they have a surprising amount of room on the inside. There’s a decent sized pedal box, and once you get in there, everything you need is within reach. This one looks intact, although the picture quality is terrible. The seller does mention that the dash is cracked, like most other Z’s of this vintage.

So, what is the price of this vestige of rarity in Z form? In this case, the seller is looking to get $12,500 out of your pocket in exchange for this thing. Although steep, the price of 1970’s Z cars has been climbing in recent years, and with early 240Z’s becoming auction darlings, the later ones are starting to get pricey. I’d say the price is a couple grand too high, but he’s not too far off. Sadly, an arcade cabinet 280 ZZZAP is not included with the sale.

So, here’s a funny question: what is more rare: the Midway Datsun 280 ZZZAP arcade machine, or the real Datsun 280Z ZAP? Great question. While Nissan/Datsun is said to have made 1000 cars, there are no records of how many arcade cabinets were produced. According to the online arcade enthusiast site Killer List of Video Games, there are only six Datsun 280 ZZZAP arcade cabinets known to exist today. And according to Craigslist Dude, he has the last car left out of the 1000 or so built. Unless there are a few more cars out there, the winner is the car. Which would you rather own?

CLASSIC 1977 NISSAN/DATSUN 280Z ZAP Z 2 DOOR COUPE 5 SPD STD TRANS. REDUCED PRICE WAS $15,500 NOW$12,500
VIN : HI S30-401003 MILEAGE 83800
TO THE BEST OF MY KNOWLEDGE THIS IS THE ONLY ZAP LEFT AND AVAILABLE ON THE MARKET TODAY IN THIS CONDITION. SHE COMES WITH A CRACKED DASH AND CARPET COVER. I PURCHASED A USED 280Z ORIGINAL DASH WIRED WITH GAGES IN PRISTEEN CONDITION BUT HAVEN’T GOT AROUND INSTALLING IT. YOU CAN PURCHASE HER FOR $12,500 AS IS W/CARPET DASH COVER OR $14,500 AND THE PRISTEEN DASH COMES WITH IT. IF YOU LOOK UP HER ESTIMATED CLASSIC VALUE YOU WILL FIND IT TO BE $22K & $25K.SHE HAS BEEN PAMPERED SINCE I BOUGHT HER AS A PUP. SHE HAS ALL SHE CAME WITH EXCEPT FOR THE NORMAL MAINTENANCE ITEMS IE: OIL, PLUGS TIRES ETC. RECOVERED THE SEATS REPLACED THE ORIGINAL DECALS WITH A QUALITY PAINT JOB. HER MILAGE IS A LOW 83.800. SHE RUNS GREAT AND IN VERY GOOD CONDITION. IN MY VIEW SHE IS SHOW QUALITY. IF YOU HAVE AN INTEREST AND WANT MORE INFORMATION ON CONDITION YOU CAN SEND ME YOUR PHONE NUMBER OR ADDRESS THROUGH THIS AD AND I WILL RESPOND. I WILL NOT RESPOND TO AN INSERTED E-MAIL ADDRESS. SHIPPING COSTS WILL APPLY SHOULD THEY BE REQUIRED.

One thought on “The Tale Of The Datsun 280Z ZAP: The First Car/Video Game Cross Promotion!”